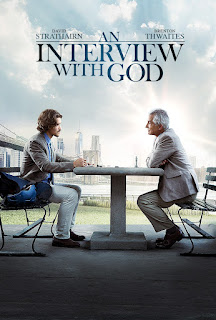 It's a #MovieStarMonday with Harrison Powell about his new movie "An Interview With God" in theaters August 20 - 22. FIND SELECT THEATERS HERE - http://bit.ly/2n6dTP2

"Most people give up just when they are about to achieve success. They quit on the one-yard line. They give up at the last minute of the game, one foot from a winning touchdown." --H. Ross Perot

Kim Kardashian revealed that she was naked when President Trump called her to discuss that he was pardoning Alice Johnson. (https://goo.gl/jpyvUT)


A Florida man who admitted to having drugs on his person called 9-1-1 three times to ask lawmen for a ride. According to an Okaloosa County Sheriff’s Office arrest report, the 27-year-old Freeport man called the 9-1-1 emergency line on three separate occasions requesting a ride home. Dispatchers told the man to call the non-emergency line if he needed assistance, but the man began cursing and became belligerent. A deputy arrived at the man’s location and he was still on the line cursing at dispatchers. He admitted to being the caller and was placed under arrest. The deputy patted him down and found 6 grams of marijuana and nine pills. The man told the deputy the pills were Xanax. He was arrested and charged with misusing the 9-1-1 system, felony drug possession, and misdemeanor marijuana possession. (https://goo.gl/qk2vLW)
SCOOP OF THE DAY:
Brought To You By 80sInTheSand.com (Join John & Heidi for a FUN WEEK!)

A Federal Judge has issued a temporary restraining order to stop the release of 3-D printed guns. (https://goo.gl/njn7Rh)

France has banned smartphones and tablet devices from schools in an effort to keep kids from getting distracted in class. (https://goo.gl/fs9GFZ)

A new survey by CBS Moneywatch found that the number of people living in their cars has risen by 46% in the past year.
(https://goo.gl/n9iTtc)


More than 10% of the world’s salt is used to de-ice American roads.

It takes 492 seconds for sunlight to reach the Earth.


Quagswagging (KWAG-swag-ing)
Noun:
-The act of shaking to and fro. An awkward or clumsy movement.
Adjective:
-Pertaining to something that shakes or quakes.
Verb: (Quagswag)
-To shake to and fro. To move heavily or unsteadily from side to side or up and down.

From Late 16th century “quag" - shake, quiver; probably symbolic, the qu- suggesting movement (as in quake and quick).
+
Middle English “swag” (in the sense ‘bulging bag’): probably of Scandinavian origin akin to Norwegian svagga to sway, rock; akin to Middle Low German swacken to rock. The original sense of the verb (early 16th century) was ‘cause to sway or sag’.

Used in a sentence:
“Poor Charlie, quafftide always adds too much quag to his swagger, leaving him quagswagging.”

WEIRD NEWS:
Brought To You By 49ByDesign.com (websites $49/mo with no set up fee)
A man in Nashville, North Carolina was nabbed by authorities on Monday after he allegedly shoved $100 worth of stolen Walmart steaks down his pants. The alleged thief, identified as Keith Jordan, tried to make a getaway on his moped “in the pouring down rain” after walking out of the Walmart without paying for the steaks. A photo shared by the sheriff’s office — which added that “neither snow nor rain nor heat nor gloom of night” prevented them from apprehending the accused thief — shows at least 10 packages of stolen steaks. As of Tuesday morning, the County Sheriff’s Office’s post had more than 1,000 reactions and 800 shares. Police have not yet announced formal charges against Jordan. (https://goo.gl/JM2wHm)

MOMENT OF DUH:By LearnWithoutLoans.com (Find Funding For College)
A judge known for unique sentences has ordered a man who knocked over a port-a-potty to clean manure out of animal pens at a county fairground in Ohio. Judge Michael Cicconetti recently suspended most of a 120-day jail sentence for 18-year-old Bayley Toth, who pleaded guilty and was convicted of criminal mischief, in favor of the creative punishment of cleaning up waste from animals. The Municipal Court judge compared Toth's actions to those of an animal, saying “you act like an animal, you're going to take care of animals.” Authorities say the Painesville man spent a night with friends knocking over objects, including a port-a-potty, at a park. Court officials say Toth defended himself in the case. (https://goo.gl/FpfAiW)