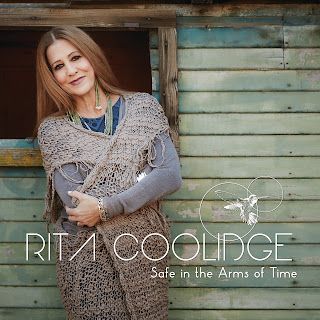 Today we talk with GRAMMY WINNER Rita Coolidge about her NEW album
"Safe In The Arms Of Time". - https://amzn.to/2ncx6ik

"Nothing will work unless you do." --Maya Angelou

A fiscal study found that the state of Alaska collected $11 million in tax revenue from marijuana sales in the past year.
(https://goo.gl/4FgMt5)

A man in Canada (Mississauga, Ontario) is facing an impaired driving charge after attempting to prove to his friends that he wasn’t drunk. Police allege the man was drinking at a bar early Wednesday morning and set out to show his friends he wasn’t impaired by driving to a police station and asking for a breath test. He failed and was charged.
SCOOP OF THE DAY:
Brought To You By 80sInTheSand.com (Join John & Heidi for a FUN WEEK!)

The TSA is considering nixing passenger screening at 150 small airports across the country. (https://goo.gl/s49Qnv)

A malfunction caused a pirate ship ride at a Pennsylvania theme park to continue running for ten minutes while authorities tried to stop it. The ride normally lasts two minutes but this one went on for over fifteen. (https://goo.gl/Qz9tNV)

A Chipotle restaurant in Ohio has been linked to 518 separate illnesses in the past week but it’s still open.
(https://goo.gl/SA8MxJ)

California’s Death Valley set a record for its hottest month ever with an average temperature of 108.1 degrees in July.
(https://goo.gl/EQLpUm)

A growing number of men in Saudi Arabia are upset that women have been given the right to drive.(https://goo.gl/skBt1a)

The Iranian army is going to conduct a massive military exercise to prepare them for a possible conflict with the United States. (https://goo.gl/z4LLCA)

A growing number of parents are paying “Fortnite Coaches” to teach their kids how to get better at the Fortnite video game. (https://goo.gl/Pjzqyc)

CNN is going to air the final season of Anthony Bourdain’s “Parts Unknown,” which he was filming prior to his suicide in June. (https://goo.gl/DVBP1p)

Share this with your friends... they'll think you're really smart!
Most toilets flush in E flat.
A raisin dropped in a glass of fresh champagne will bounce up and down continuously from the bottom of the glass to the top.

Used in a sentence:
"Have you seen Jessica's ranarian new boyfriend?"

According to police, a cut in line for free samples at a Costco In Greenville, South Carolina turned into a fight — between two men in their 70s. A 70-year-old man said he was waiting in line for a complimentary piece of cheese at the Costco when a 72-year-old man “cut in line, took some cheese, and walked off.” After the 70-year-old moved on to a line with free samples of cheeseburgers, police said the man saw the 72-year-old approaching. The 70-year-old was still upset about being cut in front of and he told the other man that “he could get in front of him because he knew he would just cut the line anyway.” The 72-year-old then hit the 70-year-old in the right side of his head and caused his hat and glasses to get knocked off. The 72-year-old had left the Costco by the time police officers arrived, they tracked him down. (https://goo.gl/PJwyUX)

MOMENT OF DUH:By LearnWithoutLoans.com (Find Funding For College)
Police said a man leaving an Arizona hospital tried to beat the heat by stealing an ambulance to avoid walking. The Mesa Police Department said 37-year-old Todd Shell had just been released from the Banner Desert Hospital around 11:30 a.m. for a “heat related situation.” “When officers interviewed Shell after his arrest, he said when he came out of the hospital he thought it was too hot to walk home,” police said. “He walked back towards the hospital when he found the ambulance running in the bay while the crew was dropping off another patient. Shell decided to take the ambulance at that point so he wouldn't have to walk.” Shell was booked into jail on one count of unlawful use of means of transportation and one count of unlawful flight from law enforcement. (https://goo.gl/p6k192)