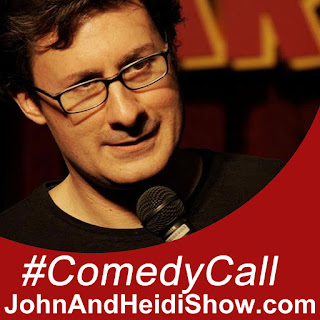 "Running a startup is like eating glass. You just start to like the taste of your own blood."--Sean Parker

A drugged-up man in England was caught filling up a hotel bathtub with potatoes while wearing a bra during an epic five day MDMA binge. When Judge Peter Henry asked James Johnson why he was filling up a bath with potatoes he replied: “It felt the right thing to do at the time.” 30-year-old Johnson was caught by officers wearing a woman’s bra over his shirt and carrying a bag of spuds as he entered the Travelodge in Eastleigh. Officers searched his room and found an “Aladdin’s cave” of drugs, including ecstasy, another designer drug similar to MDMA called 5-MAPB, and a psychedelic substance called 2CB. Southampton Crown Court heard Johnson and two friends had decided to go on a one-night binge which ended up lasting five days. Judge Henry said the case was ‘odd and bizarre’ and sentenced Johnson to an 18-month community order, with the requirement to carry out a nine-month drug rehabilitation program. (https://goo.gl/Lafm5Q)
SCOOP OF THE DAY:
Brought To You By 80sInTheSand.com (Join John & Heidi for a FUN WEEK!)

An Alabama man could face jail for shooting his son during an argument about food. 77-year-old John Louis Caver has been convicted of first-degree domestic violence after he attacked his son as the family watched an NFL game on TV. They were arguing over chicken wings.

Video from Australia captured footage of cowboys on horseback going through the drive thru at KFC.

Ladies, if you’re looking for a man that’s not afraid to do a little housework, marry a teacher. A study found that guys who work in fields typically dominated by females do 25% more housework compared to men who work in male-dominated jobs.

The Los Angeles subway system says will become the first to use body scanners to screen passengers.

If you get invited to a wedding do you feel obligated to go, and if you don’t, is it required to send a gift? A poll found 43% of us have decided not to go to a wedding for financial reasons. But 36% of respondents say being invited means going, even if it means going into debt.

It takes up to 75,000 crocus flowers to make a pound of saffron. That's enough to fill an entire football field!

Verb:
-Staring silently at someone while they eat, perhaps in the hope that they will give you some food.
-To look or stare at longingly.
-To look intently or wistfully so as to attract attention.
-To look at someone with a watchful or suspicious eye.
or
Noun:
-A child who sits watching others eating, in the hope of being asked to join them.
-A mute, wistful look by a child on any article greatly desired.

Used in a sentence:
“Can you believe Cordelia is on another blind date, this one groaking through the entire meal!”

An Alabama man must pay $1,500 for touching a Hawaiian monk seal then posting a video on social media. The National Oceanic and Atmospheric Administration said the man recorded the video while vacationing in Kauai last year. He was tracked down through the Instagram post with the hashtag #monkseals, which showed him walking up to the sleeping animal and then stroking it with his hand. The startled seal turns towards the man before he runs away. Further investigation found another video of the man, who was not named, aggressively pursuing a sea turtle while snorkeling in another Hawaiian location, a violation of the Endangered Species Act. NOAA's guidelines urge people to view protected wildlife responsibly and stay back 10 feet from sea turtles, 50 feet from seals, 50 yards from dolphins and 100 yards from humpback whales. (https://goo.gl/q2QhCC)

MOMENT OF DUH:By LearnWithoutLoans.com (Find Funding For College)
An Indiana man who poured a bag of flour over the head of a 68-year-old woman shopping at Walmart was arrested for the brazen attack, video of which the man streamed live online. Investigators charge that 22-year-old Phillip Leon Weaver snuck up behind the victim as she was shopping for her grandchildren. “It’s going down,” Weaver announced as he broadcast the attack via Facebook Live. After dousing the woman, Weaver tossed the five-pound bag of flour and fled the Walmart in Beech Grove, an Indianapolis suburb. Weaver subsequently posted video of the sneak attack along with the caption “Pouring flower on lady’s head.” Weaver is being held in the Marion County jail on the felony and misdemeanor charges. Weaver has posted prior filmed Walmart pranks to his Instagram page and on Facebook, where he has reported, “I’ve been high 5 years straight.” (https://goo.gl/78z3d9)