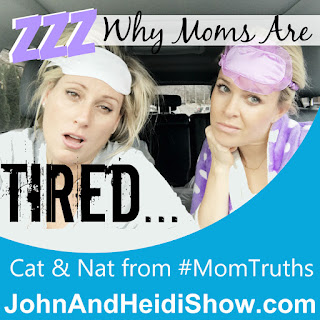 Today we talk with YouTube Stars Cat And Nat - http://catandnat.ca/

"I don't know what your destiny will be, but one thing I know: The only ones among you who will be truly happy are those who have sought and found how to serve." --Albert Schweitzer

Authorities say a suspected burglar was arrested outside of a Scottsdale apartment only wearing boxer shorts. When officers arrived, they found 24-year-old Joseph Donald Whipple outside an upstairs apartment unit wearing only boxer shorts. The victim reported to police that he woke up and saw the patio door open and their television and sound bar outside their front door. The victim also reportedly found a pair of pants inside the home that did not belong to him or his roommate. Looking out the peephole, the victim saw Whipple lying on the landing, shirtless and wearing only boxer shorts. Police say Whipple took a portable breath test and blew a .245. He has been charged with criminal trespassing and burglary. (https://goo.gl/hduhkE)
SCOOP OF THE DAY:
Brought To You By 80sInTheSand.com (Join John & Heidi for a FUN WEEK!)

A U.S. soldier has plead guilty to trying to help ISIS after he met with undercover agents posing as terrorists in Hawaii. (https://goo.gl/pzQmmo)

A growing number of teenagers in London are refusing to use social media. (https://goo.gl/L4Jkhu)

Researchers in Kent, Ireland say that goats prefer to interact with humans who look happy. (https://goo.gl/EsEQeJ)

A study by the University of British Columbia found that the simple act of smelling your partners clothes can soothe your mood. (https://goo.gl/zs4Squ)

A study by Homes.com found that buying your first home is life’s most stressful event. (https://goo.gl/jqX1cm)

30,000 bees swarmed a hot dog stand in New York City and police were forced to bring in a beekeeper to vacuum them off. (https://goo.gl/ExXK1s)

Attendance at “Burning Man” was down over 30% this year, leading organizers to believe the festival is doomed. (https://goo.gl/u6N3VH)

Share this with your friends... they'll think you're really smart!
Sushi is traditionally wrapped in edible seaweed.

Garbist (GARB-ist)
Noun:
-One who is adept at engaging in polite behavior; an expert in etiquette.

Used in a sentence:
“The golden rule of good manners for the garbist is to think of others before himself or herself. In other words, garbism is self-effacing unselfishness.”

A 27-year-old Louisiana man is accused of filing false divorce papers, and his 50-year-old girlfriend is accused of forging the man's wife's name on them. Caddo Parish Sheriff Steve Prator said the wife found legal documents showing that she had been granted a divorce she had never requested. A news release Thursday quoted Detective Mike King as saying the wife didn't know of the proceedings or want to divorce her husband. The statement said Demario Clark of Shreveport was arrested on a charge of filing false public records, and Lisa McKinney was arrested on a charge of forgery. Clark's bond is set at $5,000 and McKinney's at $2,500. (https://goo.gl/RBjwuX)

MOMENT OF DUH:By LearnWithoutLoans.com (Find Funding For College)
In an attempt to win back his ex-fiancée, a man in England posed as her dead mother. Roy Meadwell broke the terms of a restraining order when he sent Kay Wimbury a letter pretending to be the ghost of her mother. The letter told Wimbury she had made a “terrible mistake” in rejecting her ex and added “all you have to do is call him”. She didn’t call him. She called police and after trial he was sentenced to prison.