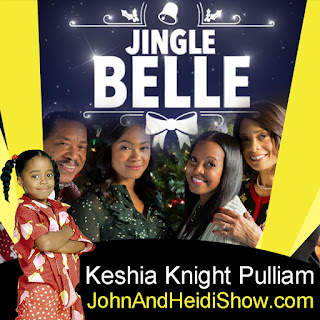 "Without leaps of imagination, or dreaming, we lose the excitement of possibilities. Dreaming, after all, is a form of planning." -- Gloria Steinem

A West Milford, New Jersey man was arrested Sunday on a DUI charge after he told Wayne police the reason he drank too much was because the “Jets suck.” Captain Larry Martin said that 57-year-old Christopher Greyshock blamed the struggling football team for his overindulgence while police were administering a field sobriety test. Police received a call that there was an accident and when they arrived on scene, they found the Wayne First Aid Squad attending to an injured woman and someone lying on the grass. Martin said that Greyshock had approached officers and was unable to walk straight, almost falling onto the highway. Greyshock told the police he had rear-ended a car stopped in traffic. Police were able to smell alcohol on Greyshock's breath and he had liquid stains on his pants. Greyshock failed the field sobriety test and was arrested. When his car was searched, police found a three-quarter filled bottle of Bulleit Bourbon Frontier Whiskey, a joint, and a bag of suspected marijuana. (https://goo.gl/iPJwdD)

Mira Sorvino says that in order for the #MeToo movement to be effective, it has to do more than just “name and shame” people.(https://goo.gl/LnZkcy)

Margot Robbie told Harper’s Bazaar Magazine that she felt “alienated and lonely” when she dressed up as Queen Elizabeth for her new film. (https://goo.gl/zKYTbz)

Former Bachelor Chris Soules plead guilty to a hit and run accident in Iowa that resulted in a man’s death. Soules rear ended a 66-year-old man who was driving a tractor. (http://goo.gl/KQ5bku)

Facebook’s new dating app has officially launched in Canada. They say it’s aimed at single people ages 18 and up. The company did not say if Facebook dating will come to the U.S. anytime soon. (https://goo.gl/i9L9q7)

Hasbro has created a new game called “Monopoly for Millennials” and they’re now being trashed on Twitter by Millennials who say the game is insensitive.
(https://goo.gl/QEwvRd)

GiveThemBeer.Com is selling a “Beer Advent Calendar” that contains a months worth of beer. (https://goo.gl/evj2r9)

The Census Bureau estimates that there are 1.5 million witches living in the United States. (https://goo.gl/M7xN7z)

A survey by the Census Bureau found that 15% of unmarried millennial couples live together. (https://goo.gl/G9fzX4)

The state of Florida is suing CVS because the drugstore company played a large role in creating the nation’s opioid crisis. (https://goo.gl/Vvay9Q)

Wildlife officials in Montana are trying to corral a group of deer that tested positive for Brain Wasting Disease. (https://goo.gl/AGa41X)

German automaker Volkswagen is planning to release its own fleet of electric cars to battle Tesla. (https://goo.gl/D49XMw)

https://www.facebook.com/GrandiloquentWords/photos/a.793057320709230/2295701307111483/?type=3&theaterDeipnosophist   (dype-NOSS-ih-fist)
Noun:
-A person who is a master of dinner-table conversation.
-Someone skilled at informal chitchat.
-One who converses learnedly at dinner - in allusion to the title of a celebrated work of Athenæus, in which a number of learned men are represented as at dinner discoursing on literature and matters of the table.

Used in a sentence:
“She fancies herself quite the deipnosophist, when in reality she’s just an ultracrepidarian blatherskite spouting folderol and flapdoodle!”

I also found the following etymology, it interested me because while essentially the same, it seems to differ a bit from the others I found in that it specifies that the learned discussion it refers to is exclusively about food, and the preparation thereof:
"gourmand," 1650s, from Greek deipnosophistes "one learned in the mysteries of the kitchen," from deipnon "chief meal, dinner" (of unknown origin) + sophistes "master of a craft". the word has come down thanks to "Deipnosophistai," 3c. work on gastronomy by Athenaeus.


A “lost” tourist who was found wandering around Edinburgh and claimed to have no memory of who he was or how he got there has admitted to faking his amnesia to avoid his “nagging” mother-in-law. 52-year-old Salvatore Mannino was found in Edinburgh's St Giles Cathedral by police in a seemingly confused state and suffering from memory loss. His disappearance from his native Pisa soon raised suspicion when concerned Italian police officers tracked his searches on his computer, which showed that he had looked up terms such as “how to disappear” and “how to fake memory loss.” The father-of-four was forced to drop his façade, admitting to British police: “I did it to get away from my nagging mother-in-law.” He stated, “I never lost my memory. I wanted to show my family I was important to them. I wanted to regain my position as a husband and father as I felt my mother-in-law had taken that from me.” It was revealed Salvatore has been charged by Italian police for abandonment. (https://goo.gl/NF7paS)

A Virginia man wanted in three jurisdictions was arrested Monday at Stafford Marketplace after striking ten vehicles before climbing onto the roof of a Five Guys restaurant and hiding in an air conditioning unit. Last Monday, shortly before 10:00 a.m., deputies responded to reports of multiple vehicle accidents near a Bank of America. Deputies determined that the driver of a Ford pick-up truck hauling a trailer holding another pickup truck crashed into the vehicles, four of which were occupied when struck. Both of the pick-up trucks later returned stolen and four subjects were transported to the hospital with non-life-threatening injuries. After striking the vehicles, the subject, who was intoxicated, scaled a metal pipe alongside a building and climbed onto the roof of a Five Guys restaurant where he was found hiding in an air conditioning unit. The suspect, 37-year-old James Edward Baumann, was wanted out of three jurisdictions—Stafford County, Prince William County, and Spotsylvania County. Baumann was incarcerated at Rappahannock Regional Jail without bond on his outstanding warrants. (https://goo.gl/fqXMTD)