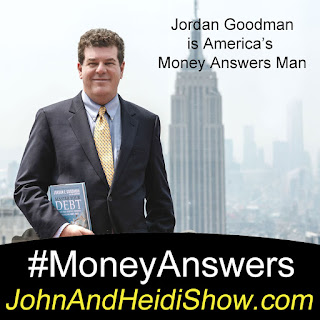 SURVEYS, STUDIES & SUCH! Brought to you by BetterCreditCards.net
A study by the Journal of Reproduction found that smoking marijuana can increase your sperm count. (https://bit.ly/2RFpH81)

47-year-old Kerri Smith was arrested after she was seen chasing Dante Hedgepath out of a Super 8 Motel and across a street in York, Pennsylvania. According to authorities, Hedgepath said he got “freaked out” and left the room – but Smith followed him, completely naked, through the lobby screaming for him to come back. Hedgepath later told police that he got a hotel room with Smith, but decided to leave after she began “acting crazy” and saying they were going to “have kids and start a life together.” Police found the pair in the hotel parking lot and immediately took Smith into custody in the back of their cruiser. Police said that both Smith and Hedgepath had a strong “intoxicating odor” on their breath. (https://bit.ly/2UOwjCZ)

Amazon has released a documentary that claims to have discovered proof that the Noah’s Ark story in the bible is true. The show is called “Bible Conspiracies”
(https://bit.ly/2E7C09q)

Oscars Producers are under fire for dumping four traditional categories out of this year’s show in order to fit more commercial breaks. (https://bit.ly/2WXczyS)

Twitter is ripping Will Smith’s “Aladdin Genie’ for being too blue after the trailer began showing online. (https://yhoo.it/2Byffdj)

A study in the JAMA Journal of Medicine found that eating “ultra-processed foods” like potato chips and cookies will accelerate your risk of early death.
(https://cnn.it/2SNOg74)

A group of Houston teenagers discovered a tiger inside a vacant house after they went inside to smoke weed. (https://bit.ly/2GHJZvs)

The Department of Justice named Chicago the most corrupt city in the country.
(https://cbsloc.al/2GlluF5)

The World’s Most Expensive Island has gone up for sale in the Arabian Peninsula for $462 million dollars. (https://dailym.ai/2tj7WSf)

FUN FACT FOR YOU:
Share this with your friends... they'll think you're really smart!
Shakespeare Invented the Name Jessica
Well, it can’t be proven that he invented it, per se. But the first written instance of the name is found in the Bard’s 1596 play The Merchant of Venice: Shylock’s daughter, an Anglicization of the biblical name Iscah.

WEIRD NEWS: Brought to you by WeirdGiftOfTheDay.com
On Wednesday February 6th, a solo vehicle accident occurred on Highway 18 above Red Rock Wall in California. A white Ford E350 van, for unknown reasons, overturned on Highway 18 landing on its side after crossing the oncoming traffic lane. The van was traveling upbound just after 1:34 pm. According to transcripts of the original 9-1-1 call, the driver adamantly stated that his van was flipped over by aliens. Additionally, the male driver became confrontational with bystanders and officers, then stated that he did not want law enforcement on scene and demanded a tow truck. The van, laying on its side, was not a traffic hazard as it was out of the roadway and not blocking traffic lanes. Three California Highway Patrol units were on scene. The man was not transported for his injuries and his claims of “alien intervention” during the traffic accident are under investigation by the California Highway Patrol. (https://bit.ly/2GE8PMN)
MOMENT OF DUH: Brought to you by FunkyMonkeyShirts.com

A 16-year-old boy was arrested after he briefly took control of a small plane during a short commercial flight over western Alaska. The teen was in the front passenger seat of the Piper Cherokee Six on a recent Yute Commuter Service flight from Napakiak to Bethel. The flight between the two remote communities usually takes about four minutes. Alaska state troopers said that the teen grabbed the aircraft controls shortly after takeoff, causing the “plane to enter a steep climb and then a dive toward the ground.” A woman sitting behind the teen grabbed him around the neck, pulling him away from the controls. The pilot stabilized the aircraft and returned to Napakiak. An agent for the regional airline contacted the village public safety officer to detain the teen. He slipped away before the officer could take him into custody, but was arrested the next day in Bethel. Authorities have not released the teen’s name because he is a minor. Interfering with the duties of a flight crew is a federal offense.(https://nyp.st/2N3mUou)