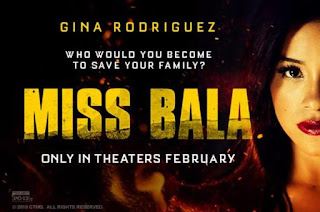 Today we visit with Catherine Hardwicke, director and production designer, known for Twilight (2008), Thirteen (2003) and Lords of Dogtown (2005). She has a NEW movie in theaters NOW. Miss Bala - https://www.missbala.movie/videos/

SURVEYS, STUDIES & SUCH!
An AXIOS poll found that 70% of Americans think the economy is rigged to favor the rich and would be willing to back a candidate who would fix things.
(https://nyp.st/2Bd8OMp)

According to criminal complaints, a Florida Man is behind bars after stealing what he thought were Hydrocodone pills, but which turned out to actually be over-the-counter laxatives and not powerful prescription opioids. Cops allege that 56-year-old Peter Hans Emery took the pills from a “lock box” at the victim’s Pinellas Park home last Thursday morning. Cops say that Emery was recorded by a video camera “entering the victim’s lock box, selecting a pill bottle, pouring pills into his hand, and then leaving.” Emery subsequently discovered that he had not swiped painkillers. The pill bottle actually contained dosages of Equate Gentle Laxative, which promises “predictable overnight relief” from constipation. Emery was booked into the Pinellas County jail on a felony charge since his rap sheet includes two prior theft convictions. Emery is also facing probation violation charges since he is in the midst of a two-year community supervision term related to a conviction last year for theft and illegal possession of the painkiller Dilaudid. (https://bit.ly/2Rm50hj)
BIG SCREEN-LITTLE SCREEN: Brought to you by ChannelSurferTV.com

Robert De Niro’s wife, Grace Hightower, says she wants their divorce details to be made public so people can hear how he treated her.
(https://pge.sx/2t55Bdo)

Jenny McCarthy, who is a judge on the new show “The Masked Singer,” was the only one who believed in the show. McCarthy said that the premise of the show was weird.(http://goo.gl/pqjBaX)

Ariana Grande has gotten a tattoo fixed that said “BBQ Grill” in Japanese but the artist screwed up again and it now says “BBQ Finger.” (https://bit.ly/2HQ7Wmz)

The Beatles breakup letter from April 18, 1969 is currently on sale for $325,000.
(http://goo.gl/xRrpxJ)Scientists in Copenhagen have discovered a mind numbing parasite that is spread by cats and could cause schizophrenia in humans.
(https://dailym.ai/2G8IEO2)

Samsung is ditching the plastic packaging on its phones and will replace it with environmentally friendly alternatives. (https://dailym.ai/2DM80jq)
A U.S. Navy Sailor was arrested in Japan after he walked naked through a family’s home. (https://nyp.st/2UEqecc)

A study by Ticketmaster found that NFL fans spend an average of 46 hours a month thinking about their team. (https://bit.ly/2WD6KX0)

A study by John Hopkins University found that a species of octopus that has anti-social tendencies will actually become more friendly after taking the club drug known as Molly. (https://bit.ly/2t1qWo9)
Atlanta police arrested a man who led them on a high speed chase in a U-Haul. The U-Haul driver was charged with reckless endangerment.(https://2wsb.tv/2DKstVu)

FUN FACT FOR YOU:
Share this with your friends... they'll think you're really smart!
Carrots Were Originally Purple
Though the root vegetable is as closely identified with the color orange as anything else (including oranges), carrots were originally purple. This variety originated in the region of what is now Afghanistan and spread throughout the Persian Empire, until the 16th century when, according to the Carrot Museum, “The western, orange carrot probably arose in Europe or in the western Mediterranean region through gradual selection within yellow carrot populations. The Dutch landraces Long Orange and the finer Horn types, first described in 1721, were an important basis for the western carrot cultivars grown at present all over the world.”

WEIRD NEWS: Brought to you by WeirdGiftOfTheDay.com
Military prosecutors say a Navy sailor is accused of setting his pee sample on fire during a routine urine screening back in May. While stationed at Naval Air Station Oceana in Virginia, Logistics Specialist 3rd Class Curtis Dajuan Johnson reportedly tried to light pee samples on fire. He reportedly did this “in order to prevent the results of said urinalysis from being used against him at an adverse administrative proceeding, which he had reason to believe would be pending absent his obstruction,” according to Johnson’s charge sheet. The charge sheet stated Johnson is charged with making a false statement, aggravated arson, and wrongful interference with an adverse administrative proceeding. Prosecutors allege that Johnson lied to investigators when he claimed he left the base at 5:00 p.m. to go to Philadelphia when he was actually still on post until 11:00 p.m. the evening of the alleged arson. He also tried to light the pee on fire in an occupied building. (https://nyp.st/2UBra15)

A man who was driving on a suspended license when he crashed his car in the Lowcountry told deputies he was an undercover officer for their agency. The Berkeley County Sheriff’s Office said in a Facebook post Tuesday that they responded to a crash in Jamestown to assist the South Carolina Highway Patrol.
Deputies said the driver of the car that had crashed identified himself as law enforcement. 38-year-old Jonathan Matthew Meree said he was “an undercover cop” employed by the Berkeley County Sheriff’s Office. The post reads, “Meree was obviously unable to present any real law enforcement credentials.” According to the sheriff’s office, Meree was charged with driving under suspension, reckless driving, and impersonating a law enforcement officer.
(https://bit.ly/2UrMWUI)

THESE THREE THINGS!
GOOD NEWS: Brought to you by WeirdGiftOfTheDay.com