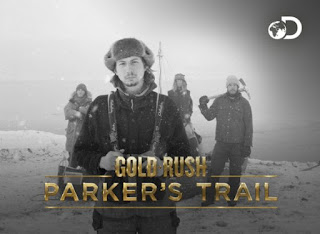 Today we visiti with Gold Miner Parker Schnabel on to visit about the 3rd season of “Gold Rush: Parker’s Trail.” It returned to April 5 at 9 PM ET/PT on Discovery This remains one of Discovery's top shows. https://www.discovery.com/tv-shows/gold-rush/

A CareerCast survey named “Taxi Driver” as the worst profession in the United States.(https://bit.ly/2USzz4Q)
BRAIN ON DRUGS:
Brought to you by TimeForRehab.com! Each day we talk about people doing dumb things under the influence, but addiction is no laughing matter… if you or someone you know needs help, we're here to help! You can learn more at TimeForRehab.com.

Deputies said an Alabama man who ran from approaching deputies told them he was in a hurry to take care of his hogs. It happened April 11th, when the Marshall County Sheriff’s Office said deputies patrolling in the Martling Road area found a vehicle parked in the middle of the road. As a deputy approached the car, 47-year-old Gary Wayne Rowell ran away into an open field. Deputies caught up with him and said Rowell told them he ran because he was “in a hurry to feed and water his hogs.” They searched Rowell and said they found crystal meth on him. Rowell reportedly told them the pants with the meth were not his. He was booked into the Marshall County Jail on a drug possession charge and was released April 13 on a $2,500 bond.(https://bit.ly/2USXhh0)
BIG SCREEN-LITTLE SCREEN: Brought to you by ChannelSurferTV.com

“The Avengers” pulled in over $900 million dollars in worldwide box office receipts during its debut weekend. It’s on pace to become the highest grossing sequel of all time. (https://cnn.it/2GONOPf)

The White House Correspondents Dinner went off on Saturday without a comedian for the first time in fifty years. (https://bit.ly/2GCYq2p)

A group of parents have voted to keep Michael Jackson’s name on a Hollywood Elementary School despite his past scandals. (https://bit.ly/2INhP42)

A Danish super-fan has created a Legos replica of Elvis Presley’s Graceland Mansion. If the concept gets 10,000 votes, Legos will build it as an official toy.
(https://lego.build/2VtpYk6)

The California State Senate has voted to ban schools from suspending students who willfully disobey their teachers and act out in class. (https://cbsloc.al/2IJgZ8s)

A Florida Judge ruled that the video of Robert Kraft at a Florida Massage Parlor will be released once he’s been afforded a fair trial. (https://pbpo.st/2GA6v7Q)

FUN FACT FOR YOU:
Share this with your friends... they'll think you're really smart!
Pi Was Almost Legally Defined as 3.2
Legislators in Indiana came close to legally redefining the value of pi, that beloved number of geometrists that begins with 3.14 and continues on forever, as the much more simple 3.2. The reason for doing so is long and a bit jargony, but suffice it to say that while the bill got surprisingly far in the legislature, passing in the state’s House of Representatives, it was stopped by the time it got to the Senate.

Taphephobia… Fear of being buried alive or cemeteries in general.

WEIRD NEWS: Brought to you by WeirdGiftOfTheDay.com
An Arizona mother was arrested for allegedly assaulting her son for not keeping “good enough” lookout as his grandmother shoplifted. 27-year-old Rebecca Gonzales, was taken into custody after police officers in Phoenix claimed to have witnessed her beating her 7-year-old son. Gonzales on Friday walked out of a Walmart parking lot when police officers spotted her “spanking” the boy, “then slapping him and finally punching him in the face.” The boy allegedly told investigators that he was hit because "he didn't watch out for his grandma good enough" as she was shoplifting inside the Walmart. Gonzales was charged with aggravated assault, and is reportedly scheduled to appear in court for a preliminary hearing on April 30th. (https://fxn.ws/2Ld8QeT)

Authorities say that a Georgia man allegedly set his former mansion on fire months after the residence went into foreclosure. Stanley Stephens, with help from Donald Luallen, set fire to the 5,900-square-foot home in the northern town of Rome on February 10th. No one was hurt in the fire. Both are charged with first-degree arson. Investigators from local, state, and federal agencies spent more than 300 hours looking into the blaze. Floyd County Fire Marshal Mary Catherine Chewning said, “We guesstimate approximately $2.5 million are involved in this case. This is one of the largest arson cases I am aware of in Floyd County at this time.” Stephens was arrested Monday in Daytona Beach, Florida, and Luallen was taken into custody Thursday in Oxford, Alabama. Both are expected to be extradited to Georgia. More charges against the pair are pending. (https://fxn.ws/2VTld0p)
THESE THREE THINGS!

What do these 3 things have in common:
BLACK—POT—DOUGHNUT
(They are all types of Holes)