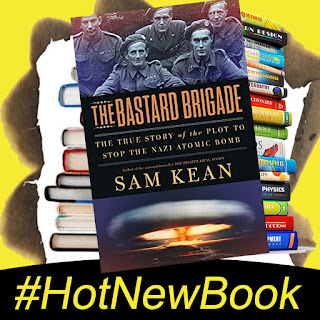 A poll from the Pew Research Center found that Americans are more worried about “Fake News” than actual terrorism. (https://bit.ly/31degKI)

A Florida charter captain has been arrested after authorities say he got drunk and high and threatened to shoot passengers. Sarasota police say 36-year-old boat captain Mark Bailey got into a fight with the teenage son of one of the five passengers over the weekend. Several other passengers became involved and authorities say the argument escalated. According to a police report, passengers said they heard Bailey fire several shots from the upper deck into the water and saw him drinking and doing drugs. For hours, passengers said the captain refused to dock even after they paid him. They eventually called the Coast Guard. Passengers told the Herald-Tribune they felt like hostages and, at one point, discussed a plan to overtake Bailey but felt it was too risky because he had a gun. Bailey was charged with boating under the influence and resisting arrest. (https://bit.ly/2WMEEM5)


Empire creator Lee Daniels shot down a report that Jussie Smollett is returning to the show. (https://bit.ly/2JWbxzZ)

Chicago Prosecutors have released the 9-1-1 call from Jussie Smollett’s attack in Chicago. (https://pge.sx/2ESsKG3)

SCOOP OF THE DAY: Brought to you by BetterCreditCards.net
A Florida man was arrested for dumping a bottle of Hunt’s ketchup all over his sleeping girlfriend. (https://fxn.ws/2WueH4s)

South Korea is using robot baristas to replace human workers in all of their coffee chains. (https://bit.ly/31hVKRx)

The Better Business Bureau is warning that internet puppy scams are on the rise and people who are looking to buy puppies are losing thousands of dollars to fake websites. (https://bit.ly/2wGOz6Y)

The Mars Candy Company is releasing Snicker Flavored Chocolate Milk this week. Each bottle contains forty-one grams of sugar but the label boasts that it’s made with low fat milk. Each bottle sells for $2.49. (https://on.thegrio.com/2Z7s47A)

A Townhouse has sold in New York City for a record breaking $80 million dollars. (https://on.wsj.com/2Z9xf6R)
A Louisiana Taco Bell customer called 9-1-1 after a restaurant ran out of Taco Bell shells. (https://bit.ly/31l0pCa)

A scientist who once headed the International Atomic Energy fund says Iran is six months away from having an atomic bomb. (https://bit.ly/2IqZszE)


A video has gone viral of a Florida shoplifter who twerked in the store to distract employees before fleeing with $400 worth of merchandise.
(https://on.thegrio.com/2Z7s47A)


WEIRD NEWS: Brought to you by WeirdGiftOfTheDay.com
A Florida man was arrested after a homeowner found him in his kitchen. The man, who is charged with burglary, said he was inside the stranger’s home because alligators were chasing him. Sheriff’s deputies in Collier County said Bryan Berkley was told by the homeowner to leave, But instead, he grabbed ice cream and then went outside. Deputies said when they got to the home, they found Berkley breaking into a work truck. They said he damaged promotional pamphlets for the truck owner’s business. When they questioned him, Berkley allegedly told them that alligators had been chasing him and he was just getting water. He was arrested and charged with burglary and grand theft.
(https://bit.ly/2XtDOB5)

According to an arrest affidavit, a woman pulled a gun on a man inside of a Mexican restaurant in Southeast Austin during an argument over who would be up next for karaoke just before 1:00 a.m. last Sunday. The woman, identified by police as 41-year-old Doris Vallejo-Godoy, was with her girlfriend in the bar at La Catedral del Marisco when the confrontation began over the karaoke machine in the restaurant. Vallejo-Godoy told police she pulled out her pistol to calm the man down after he called her bad names, but never pointed it at the man. But the man told officers that after the argument began, Vallejo-Godoy struck him in the face, pulled the gun out, and pointed it directly at him. She was charged with aggravated assault with a deadly weapon, a second-degree felony. Police also said she lacked a concealed handgun license and was charged with unlawful carrying of a concealed weapon, a third-degree felony. (https://atxne.ws/2JXlQ6C)
THESE THREE THINGS!
What do these 3 things have in common:
A CAR--A PINBALL MACHINE--A DISCO DANCE FLOOR
(They have BUMPERS)