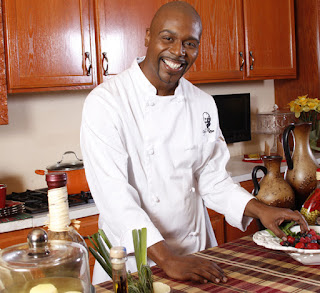 We visit with best selling author and “Celebrity Chef To The Stars”Chef Rome
His website is cookwithrome.com

A study by the University of Australia found that insects battle chronic pain when they recover from an injury. (https://bit.ly/2Y7pZeU)

A Florida man was arrested Saturday after he threw lit firecrackers under the bed of a sleeping child in what he told police was a “prank gone wrong.” Okaloosa County sheriff's deputies responded to a home in Crestview on Saturday where 44-year-old Matthew Morrison was living in a tent outside. The homeowner told police that Morrison went inside the home without permission and threw the string of firecrackers under the bed of a 9-year-old girl. The Sheriff’s Office said, “The little girl told deputies she woke up to the sound of fireworks exploding in her room, causing her to be frightened, cry, and shake.” The owner of the home then chased Morrison out with a stick. When deputies detained Morrison, they found approximately two grams of methamphetamine in the pocket of his pants. Morrison was arrested and charged with burglary, child cruelty without great harm, and possession of a controlled substance.
(https://bit.ly/32g3aoK)

Rosie O’Donnell told Andy Cohen on his radio show how painful it was for her that fellow “View” co-star Whoopi Goldberg did not like her. (https://dcdr.me/32rol7u)

SCOOP OF THE DAY: Brought to you by BetterCreditCards.net
The French Army showed off a prototype of its “flying soldier” hover-board at the Bastille Day Parade. (https://bit.ly/2YQQq5K)

A Colombian Bishop dumped water out of a helicopter onto the entire city of Buenaventura this weekend in an effort to exorcise the city of its demons.
(https://bit.ly/2NJQt2h)

Mattell is selling a David Bowie Barbie Doll to honor the 50th Anniversary of the release of “Space Oddity.” The doll actually sold out in one day on Friday.
(https://cnn.it/32oEQRF)

A video has gone viral of a Black Labrador chasing a Black bear out of a backyard in New Jersey. (https://nyp.st/2Lmfqio)

A video has gone viral of a Canadian woman falling face first off of a bar while she sang “I Will Survive.” (https://bit.ly/2xM0vVA)

Paul McCartney brought Ringo Starr onstage to close out his show at Dodgers Stadium on Saturday Night. Paul played for three and a half hours and closed the night by bringing out Joe Walsh from “The Eagles” to play the guitar medley during, “The End.” (https://bit.ly/2SemEW4)

FUN FACT FOR YOU:
Share this with your friends... they'll think you're really smart!
Ocean-dwelling species are disappearing twice as quickly as land animals. Climate change is wreaking all kinds of havoc on our planet, including altering habitats, threatening the creatures that live in them. And while every organism on Earth will be affected in one way or another, a 2019 study published in the journal Nature found that species that live in the ocean are disappearing twice as fast as those who spend their time on land. That’s because they can’t adapt to or escape the rising water temperatures effectively.


WEIRD NEWS: Brought to you by WeirdGiftOfTheDay.com
Police say a man broke into a Gresham, Oregon home, ate a cupcake, put on a woman’s Christmas onesie, and brought his cat along with him to the crime scene. The homeowners told officers they came home to find their house damaged and items outside that didn’t belong to them. They also heard something rustling around in their crawl space. When they looked in the crawl space, they saw a cat wearing a shirt. They also heard something that sounded larger than a cat. The owners called police and when officers were at the scene, a man emerged from the crawl space wearing the owner’s Christmas onesie. He was identified as 38 -year-old Ryan Bishop and his cat is named “Spaghetti.” Police say Bishop and Spaghetti broke into the home, ate a cupcake, made some coffee, and raided the dryer for a new outfit. Bishop was booked in the Multnomah County Jail on charges of first-degree burglary, first-degree criminal mischief, and third-degree theft. (https://bit.ly/30pQ32E)

A Missouri woman was arrested Tuesday morning for allegedly firing a gun in the parking lot of a Kansas City DMV after witnesses say she became impatient due to the long lines. Officers with the Platte County Sheriff’s Office and the Kansa City Police Department responded to the Parkville Department of Motor Vehicles at around 11:30 a.m. after receiving reports of multiple shots fired. Once on the scene, deputies arrested 34-year-old Vanessa Richey after discovering that she allegedly fired two shots from a handgun inside the facility’s parking lot. She reportedly became belligerent and started using foul language. Richey was taken into custody and is being held at the Platte County Detention Center. It was not immediately clear what charges she's set to face.
(https://fxn.ws/2LOSXK6)

THESE THREE THINGS!
What do these 3 things have in common:
toilet, cook, and college football?
(Bowls)

No One Cheered For This Student As He Received His Diploma - And It Was Beautiful.
https://www.sunnyskyz.com/good-news/3393/No-One-Cheered-For-This-Student-As-He-Received-His-Diploma-And-It-Was-Beautiful