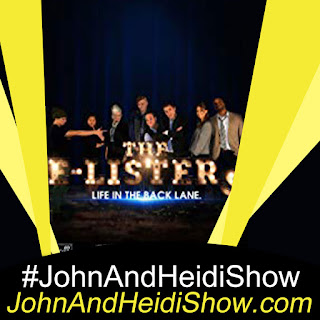 A study by Monash University in Australia found that 50% of women are unhappy or stressed out about their sex lives. (https://bit.ly/2I3Rpsp)

THIS IS YOUR BRAIN ON DRUGS: Brought to you by TimeForRehab.com!
Each day we share stories about people doing dumb things under the influence, but ADDICTION IS NO LAUGHING MATTER! If you or someone you know needs help, we're here! Learn more at TimeForRehab.com.
A drunken North Carolina woman assaulted a federal air marshal aboard a United Airlines flight from Frankfurt to Virginia – after she threatened to “stab everyone on the plane” and then commit suicide. 27-year-old Dana Ghazi Mustafa was in a lavatory on the flight from Germany to Dulles International Airport near Washington, DC, on Saturday when flight attendants heard a smoke alarm and told her smoking is forbidden. After returning to hear seat, a bawling Mustafa told the crew as she reeked from alcohol that she was flying home to see her family — falsely claiming they had just been killed in a car crash caused by a drunken driver, according to a criminal complaint. She then punched the TV screen in front of her seat and reportedly yelled, “I’m going to stab everyone on the plane then kill myself. I’m Palestinian! That’s how we get down!” When arrested by the FBI after landing, she admitted that she had concocted the story about her family being wiped out by the drunken motorist.
(https://bit.ly/2VmzVzm)

Batman’s Batmobile has always been cool, but director Matt Reeves' version in The Batman is one of the coolest. Reeves shared the photos on Twitter Wednesday showing the vehicle from three different angles. There's a Mad-Max vibe to the car, plus elements of the classic Batmobile Adam West drove in the original Batman series. The movie comes out in June of 2021. https://twitter.com/mattreevesLA/status/1235261421425958912

If you’re like 75% of adults you probably do this when you shower: wash from top to bottom.

A Pennsylvania (Fayette County) man says he was doing Satan’s work when he attacked two people. Terry Murphy admitted to using crystal meth for days before he broke into his neighbor’s home. Murphy allegedly yelled that he was chasing a demon dog into their home on behalf of Satan.

A study says that it absolutely doesn’t matter to our bodies what time we eat our meals.

Of the ten most-rented movies in the US right now on Apple's iTunes store, nine were released last year. Among them is the Best Picture Oscar winner Parasite, the word-of-mouth hit Knives Out, and the Disney sequel Frozen II. In tenth place is a film made nine years ago: Contagion. https://amzn.to/2IoLxu3

FUN FACT FOR YOU:Share this with your friends... they'll think you're really smart!
The Australian government banned the word "mate" for a day. There are probably slang or informal words that get on your nerves from time to time, particularly when you think something should be taken seriously. In 2005, Australian Parliament took a few citizen complaints a little too seriously and banned anyone on their staff from using the word "mate" while at work. Fortunately, Prime Minister John Howard objected, claiming that "mate" was an important part of Australian culture, and the ban was overturned within 24 hours.

Dateline.... CHINA
In order to dodge a drunk driving checkpoint, a man China ditched his car and ducked into a nearby restaurant to pass himself off as a cook. But police saw the man and followed him into the restaurant, where they found him in the kitchen chopping vegetables.

Don’t put off until tomorrow what you can do... twenty-three years later? A Louisiana resident appears to have broken a procrastination record — or just brazenly used an old license plate — after police said the driver was caught with a tag that expired in September 1997. “We Can’t Make This Stuff Up!” police wrote in a baffling Facebook post last weekend. The traffic stop happened last Thursday in Slidell, just north of New Orleans. The city’s police department also posted a photo of the plate, suggesting the officer was in disbelief with the unusual find. The driver’s response? A hectic life, apparently. “Sorry, officer. I’ve been busy lately and totally forgot to renew my vehicle registration,” the unidentified person reportedly said. “I will take care of it as soon as I get home!”
(https://bit.ly/3343vvn)

MOMENT OF DUH: Brought to you by SingleStudentLoan.com
Cheektowaga, New York Police say a pistol was inadvertently fired in a Texas De Brazil restaurant just before 6:00 p.m. last Thursday. 19-year-old Anthony Ciccarelli of Tonawanda reached into the front pocket of his pants as he received the bill and accidentally fired the gun. The gunshot hit his girlfriend in the upper right leg. Cheektowaga police later revealed that the gun turned out to have been stolen from somewhere in Niagara Falls. Police told News 4 the couple left the restaurant attempting to get medical care. While on the way, Ciccarelli pulled into a plaza parking lot. The girlfriend called Cheektowaga Police requesting medical assistance. Officers placed a tourniquet on her leg when they arrived. Cheektowaga Police charged Ciccarelli with first-degree reckless endangerment and criminal possession of a weapon. (https://bit.ly/332539r)


FAKE NEWS.... OR FLORIDA?!
I read a headline and Heidi (and you) need to guess if the story is FAKE NEWS or something that really happened in the state of FLORIDA.
A Miami man was arrested after selling his urine at a lemonade stand ….. FAKE NEWS