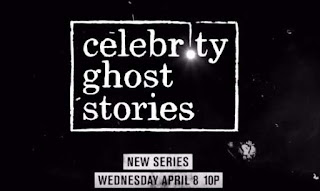 Today we visit with Kim Russo is an accomplished, highly sought-after medium who has been communicating with spirits for nearly two decades. She is the new host of Celebrity Ghost Stories. Tonight at 10pm ET/PT, A&E Network will premiere the reimagining of "Celebrity Ghost Stories" featuring psychic-medium Kim Russo as she brings some of the biggest names in entertainment back to the sites of their previous paranormal experiences. In each one-hour episode, stars will work with Kim for an unfiltered, emotional, and sometimes terrifying reunion with the ghosts of their past. In the premiere episode, Kim meets with rapper and actor Ice-T and his wife Coco as they explore a New Jersey factory and experience unexplainable events linked to the factory's deadly past. While Ice-T considers himself a skeptic, the spirits they encounter might make him a believer. Other stars Kim works with this season include Paula Abdul, Terry Bradshaw, Taye Diggs, NeNe Leakes and Kelly Osbourne.
https://www.aetv.com/shows/celebrity-ghost-stories

A survey by AAA found that gas is now selling at a twenty-year low of 99 cents per gallon in many parts of the country. (https://abcn.ws/2Jt1ujp)

THIS IS YOUR BRAIN ON DRUGS: Brought to you by TimeForRehab.com!
Each day we share stories about people doing dumb things under the influence, but ADDICTION IS NO LAUGHING MATTER! If you or someone you know needs help, we're here! Learn more at TimeForRehab.com.
A Washington state man was arrested Sunday following a high-speed chase on Interstate 5 in which the suspect's pet pit bull may have been driving the vehicle during part of the incident. Authorities have not publicly identified the 51-year-old man but he is facing several charges, including DUI, reckless driving, hit-and-run, and felony eluding. It was not immediately clear where he was being held or if bond has been set in the case. According to troopers, the man was driving a 1996 Buick when he allegedly struck two vehicles shortly before 1:00 p.m. The driver fled north on I-5 and was spotted by a Department of Transportation worker shortly after 1:00 p.m. Officials said the vehicle was traveling over 100 miles per hour when troopers began pursuing it. Troopers said the man told them he was teaching his dog how to drive and the pit bull was found in the driver's seat while the man was steering the driving wheel. (https://bit.ly/3dFdfBg)

Sonic The Hedgehog did well in theaters and that’s good news, considering that when the first trailer was released last year, fans of Sonic hated the video game character’s CGI. The movie reportedly cost only $85 million to make — which includes about $5 million to redo Sonic’s CGI. The process took about five months.

One of the few positive effects of the coronavirus has been the early home video release of movies caught in the no man’s land of coming out in the weeks prior to pandemic’s disruption. One of those unlucky pictures was Harrison Ford’s The Call of the Wild. The film was released in theaters on February 21. The Call of the Wild has been out in digital download format since March 27.

The Indianapolis 500 has been postponed from May 24 to August 23 due to the coronavirus pandemic.

A survey finds two out of three dog and cat owners routinely bed down with their furry friends.

Two seniors in the UK are proving that social media isn’t just for youngsters after blowing up Instagram with their hilarious home movies. Geoffrey Walker’s account has 170,000 followers. He’s 89.

After drunkenly crashing his car, a guy in Poland fled the totaled vehicle, leaving behind his prosthetic arm.

With millions of kids at home, parents are looking for ways to entertain and educate their kids. Now State Troopers and police are helping out by reading kids books out loud while seated in their patrol cars. Search #BooksandBadges and #TrooperTales on social media to watch with your kids.

A man in China was arrested after he emptied his 35th-floor apartment by dropping its contents from the window. No one was injured by the falling objects. The man was upset because he had recently broken up with his girlfriend.

Cows kill more Americans each year than sharks do. While sharks account for about 53 bites per year, only one of those ends up being fatal. Cows, on the other hand (or hoof), kill around 20 people per year.

An entire train in greater Boston’s public transit system was pulled from service because a rider licked a car amid the coronavirus pandemic. The Massachusetts Bay Transportation Authority took a southbound Orange Line train out of service early Friday in an “abundance of caution” after a passenger spotted someone allegedly licking a train at Tufts Medical Center Station in Boston. The disturbing report comes after Tufts Medical Center revealed that as of Thursday afternoon, 52 employees had tested positive for COVID-19. Spokeswoman Lisa Battiston did not immediately respond to a message seeking additional comment, including details on the alleged unsanitary suspect and how many passengers were on the train at the time of the incident. A man was responsible for the alleged licking, MBTA spokesman Joe Pesaturo told the Boston Herald while declining to specify which part of the train he targeted. As of Friday, 2,417 people in Massachusetts had been diagnosed with COVID-19.(https://bit.ly/3burqr0)

According to the Brevard County Sheriff’s Office, a Florida man who was caught stealing hundreds of dollars’ worth of women’s lingerie ran through a Dillard’s store in an attempt to avoid arrest. Deputies said they received a report of a man who put lingerie in a backpack while inside a fitting room at the Merritt Square Mall Tuesday around 5:00 p.m. and then attempted to leave the store. The suspect, 29-year-old Ray Ray Long, ran through the store despite the deputy’s commands to stop. After a foot pursuit, the deputy chased down the man and took him into custody. Records show $836.88 worth of lingerie was found in his backpack. Long is facing charges of grand theft and resisting arrest without violence. (https://bit.ly/39rkoSr)
FAKE NEWS.... OR FLORIDA?!
I read a headline, you guess if the story is something that really happened in the great state of FLORIDA or is it #FakeNews made up to trick you and amuse me

Everyone’s favorite country singer and 9 to 5 actress just gave us another reason to love her even more. On Wednesday, Dolly Parton announced that she is making a generous donation to Vanderbilt University to help further the research for a coronavirus cure: $1 million.
https://www.billboard.com/articles/columns/country/9348404/dolly-parton-vanderbilt-hospital-donation
Newer Post Older Post Home