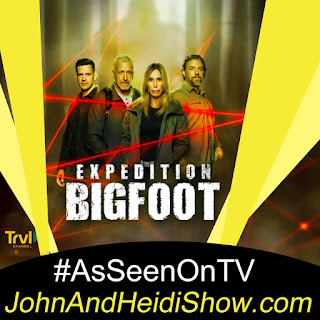 A survey by Google Trends found that the Coronavirus was the number one Google search of the year followed by election results.(https://cbsn.ws/3nahRUj)

Here’s a study they can stop doing: When you use the hand dryer in a restroom, fecal bacteria is blown all over the bathroom, on your hands, and your clothing.

1) First-year American Idol winner in 2002, Kelly Clarkson has not only crafted a stellar award-winning career but has also developed a unique home-decorating style that could easily bear her name. In 2020, Kelly decided to sell her Encino, California home asking $9.995 million.

2) Sir Sean Connery was not only one of the most famous actors of the past 50 years, in 1999 he was named the “Sexiest Man of the Century” by People magazine. Connery's former home, which was used in several scenes of his Bond-movie Never Say Never Again when it was filmed in the South of France, was on the market in 2020 at $33.87 million.

3) The A-List couple of John Legend and Chrissy Teigen owned one of the most stylish homes in Beverly Hills, which they listed in 2020 at $23.95 million. It sold almost immediately.

4) The Beverly Hills home of Brad Pitt and Jennifer Aniston was going to be their forever love nest when they bought it in 2001, soon after their much-publicized marriage. Their former home sold in 2020 for $32.5 million.

5) A standout as the fifth “Bond, James Bond,” Pierce Brosnan held on to the elegant lifestyle long after his Bond tenure ended in 2002 as the owner of a stunning-and-exotic, Thai-inspired compound on 117 feet of oceanfront in Malibu. Brosnan's home went on the market in 2020 at $100 million.

6) Singer-songwriter Marc Anthony owns one of the largest homes in South Florida at 20,546 square feet of living space with 12 bedrooms and 13.5 baths. Marc recently put it on the market at $27 million.

8) America still mourns the loss of Regis Philbin. Regis sold his longtime Connecticut mansion in 2020 - just a few weeks before he died.

9) Baby One More Time when it comes to the Britney Spears mansion in Beverly Hills to change hands. It was the home she bought in 2007 after her divorce from Kevin Federline, that she later sold for a $2 million loss. In 2020, new owners put Britney's former home on the market at $6.5 million.

10) Elvis Presley was already at his peak of popularity when he picked Look magazine’s ‘House of Tomorrow’ for his and Priscilla’s L.A. home in 1967. In 2020, current owners listed the home at $2.5 million. It was immediately snapped up by an unnamed buyer.

Visit TopTenRealEstateDeals.com for a tour of 2020's Top 10 Celebrity Homes and for more spectacular homes and real estate news.

Two shoppers in Germany were hospitalized following a brawl involving the use of salami and Parmesan cheese as weapons. The incident began as a tug-of-war over an empty cart in the parking lot of a supermarket. Punches were thrown and when one of two men went into the store, the other followed and grabbed salami. That’s when the other man used a wedge of sharp Parmesan cheese as a knife to jab at the man.

So exactly when did we humans learn that no two snowflakes are alike? Wilson A. Bentley is the man generally credited with figuring it out. By adapting a microscope to a bellows camera, he became in 1885 the first person to photograph a single snow crystal. He went on to photograph some 5,000 snowflakes over more than 40 years and never found a perfect match between them. Ironically, Wilson Bentley died of pneumonia after walking home through a blizzard in 1931.

They say dogs are man’s best friend, and a new survey (YouGov) about pet ownership and how Americans feel about their pets suggests that might be true. Most (69%) Americans have at least one pet in their home, with dogs (45%), cats (35%), and fish (9%) being the most commonly owned pets among adults. And it seems these dogs, cats, fish, birds, and other animals are quite well-loved: 88% of American pet owners say they consider their pets to be members of their family.

According to a Harvard Medical School study, “men who drank the most coffee had a 60 percent lower risk of aggressive prostate cancer than men who did not drink any coffee.” Researchers (at Channing Laboratory) said the caffeine in coffee doesn’t pay a role in reducing the risk of prostate cancer. Instead, coffee’s “many biologically active compounds, like antioxidants and minerals” could be responsible.

What’s important in a relationship? According to a new survey, “me time.” The survey revealed that 85 percent say getting time for yourself on a regular basis is the key to a healthy relationship. 82 percent report that getting the proper amount of ‘me-time’ actually makes their relationship stronger, with 58 percent saying they actively encourage their partners to spend time by themselves. According to the results, the ideal amount of me-time is 51 minutes per day — or about six hours per week. And having me-time was actually found to be more important to Americans than having date nights with their partner.

Any amount of running significantly lowers one’s risk of death from any cause.

In Guyana a teenage girl screamed when two men entered her home. She and her grandma were wrestling with the intruders when neighbors came to their rescue. The outraged citizens caught one of the men and used their own duct tape to stick him to a utility pole until police arrived.

It’s history’s oldest excuse for missing homework for good reason. A pair of peckish pups in the Philippines were caught in the act: eating their human brother’s homework. In a clip captured by security cameras inside an Antipolo City home, Darren James Lamban and his cousin JB Barit were asleep when an apparently hungry husky crept into the dark room — where his pug pal was already waiting. The larger dog, named Sam, can be seen sniffing around the room before coming across a few sheets of paper on a desk, where a PlayStation controller was being used as a paperweight. It didn’t work. The dog handily dragged the documents down onto the ground and began tearing away. Soon, Sam and the smaller dog, Mayor, could be seen grappling with what turned out to be the teenagers’ homework. The schoolmates were reportedly confused to find their work shredded on the floor when they awoke on November 28th. It wasn’t until they viewed the footage that they realized the dogs had literally eaten their homework. (https://bit.ly/3ag2VAi)

A human rights group leader’s pants fell down during an appearance with the Croatian president Tuesday in Zagreb, the country’s capital. Ivan Zvonimir Cicak, president of the Croatian Helsinki Committee for Human Rights, quickly pulled his pants back up from his ankles during a photoshoot with the country’s first female president Kolinda Grabar-Kitarovic. The two were at an event in the walkup to International Human Rights Day, which is on December 10th. Grabar-Kitarovic appears to have kept a completely straight face during the slip-up — at least in the pictures that can be seen online. (https://bit.ly/3r0vesx)

A Florida Dog was pulled over for driving a riding lawn mower on a highway. FAKE NEWS