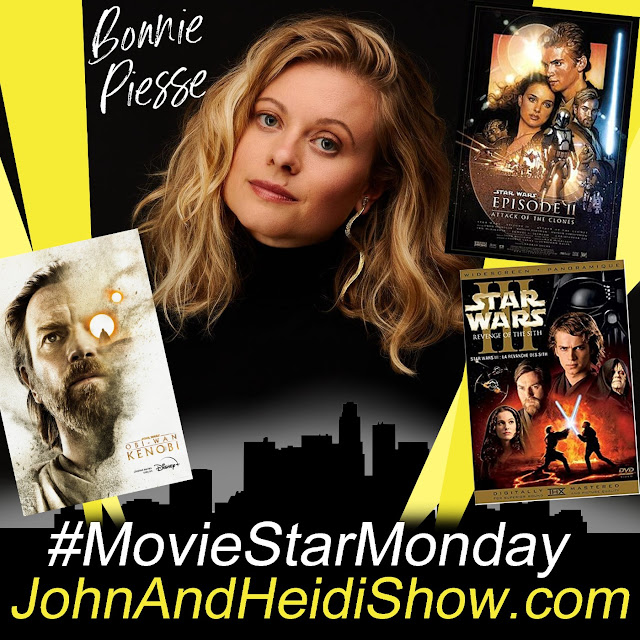 We will also talk about her new film “My Favorite Girlfriend” on demand and digital. https://amzn.to/3QE1fTz

National Be an Angel Day

As companies around here talk more and more these days about switching to a 4-day work-week, the people running the education system in the UK are living in 2050! Schools there could move to a THREE-DAY WEEK this fall – but it’s not necessarily for positive reasons. Due to financial constraints, many head teachers there are now holding ‘crisis meetings’ with trustees and boards of governors, during their summer holidays, as they plan ahead for schools reopening next month. Media is reporting that costs are rising faster than school budgets predicted. Energy expenses for some are expected to rise by 300%, and with teacher pay raises scheduled for September, an addition layer of pressure will be added. One school exec said that some measures being considered include: shorter school days, fewer after-school clubs and enrichment opportunities, cutting back on maintenance work, and delaying the purchase of new textbooks. But another high-ranking school official admitted that, to save on costs, there have been discussions of a “three-day week”.

The Karens of the world can rejoice, because their difficult-to-digest persona now comes in the form of a toy. The K-name has been co-opted to refer to any “white-lady-with-a-bone-to-pick” online, and, while certainly not fair to the many agreeable and easy-going women born with the name, it has inspired many slangy catch-phrases, like “Calm down, Karen.” Now, Pennsylvania toy company Namespace has unveiled plans to produce 3¾-inch tongue-in-cheek action figures, depicting the problematic bob-cut Karens of the world. And, to make things more interesting, the action figure will be sold along with an overworked “Joe the Manager” figure for her to hurl insults at.

Idris Elba won’t be the next ‘James Bond’. Elba was a longtime favorite to be the next ‘007’, but has reportedly pulled himself out of the running. The upcoming 26th Bond film will be the first without Daniel Craig, whose Bond met an explosive end in “No Time To Die” last year. Elba reportedly suggested other actors play Bond during conversations with producer Barbara Broccolli, according to a report. The Sun newspaper says the “Beast” star would rather “create something for himself”, but has been in talks with Bond producers for so long that he is ‘informally’ involved in the decision-making process.

Mila Kunis is there for Ashton Kutcher — mustache and all. During an appearance on “Jimmy Kimmel Live”, Kutcher opened up about his facial hair transformation for his latest movie “Vengeance”. In the movie, his character, Texas music producer Quentin Sellers, has a pencil-thin mustache. Kutcher recalled: “I was like, ‘This is interesting.’ He kinda had this Boss Hog vibe to him. I was like, ‘Alright, I think this guy has got, like, this air of sophistication.'” When asked by guest host David Alan Grier how his wife Mila Kunis took his facial hair, Kutcher said she was very accepting. Quote: “We’ve been together for 7 years, so when I brought home the mustache she was like, ‘Oh it’s like a different guy!'”

Mariah Carey might want to be more careful when posting vacation photos. In July while she was holidaying in both Italy and luxuriating in a $20 million mansion in the Hamptons, her Atlanta home was burglarized. Police confirmed the break-in, but said it’s still an open investigation, so information is limited and it’s unknown what was taken. Carey’s reps haven’t commented. She bought the $5.65 million dollar mansion in November, 2021. The 9-bedroom, 13-bathroom home features a pool, tennis court and playground.

The largest snowflake ever recorded reportedly measured 15 inches across.

Light doesn’t necessarily travel at the speed of light. It has been recorded moving as slow as 38 mph.

The longest time between two twins being born is 87 days.

A family of people with blue skin lived in Kentucky for many generations. They are thought to have gained their blue skin through combination of inbreeding and a rare genetic condition.

The Romans used to clean and whiten their teeth with urine. Apparently, it works.

Leonardo DiCaprio’s mom was looking at a Leonardo da Vinci painting in a museum in Italy when Leo first kicked. That’s why he’s named Leonardo.

Question: A study from the dating app Tinder says over half of women will swipe right if the guy is holding THIS in his profile pic. What?

Doritos fans who like to dip their chips in ketchup and mustard will be happy to know they no longer have to do so, because Frito-Lay’s is doing it for them. The brand announced the new ‘Classic Ketchup’ and ‘Spicy Mustard’ flavors on social media last week. Frito-Lay also announced a new group of “flavor swap” chips, which mix flavors and brands in unexpected ways. This year’s lineup includes ‘Kettle Cooked Fritos Chili Cheese’ flavor, ‘Lay’s Cheetos’ flavor, ‘Lay’s Doritos Cool Ranch’ flavor, and ‘Lay’s Wavy Funyuns Onion’ flavor. Both the flavor swaps and condiment-flavor chips are only available online, for a limited time. LINKS: https://tinyurl.com/29rrmv43 https://www.snacks.com/

Want to know if a battery's still good to use? Let it bounce on a table from about 6 inches high. If it bounces once, it's good; if it bounces more than once, you need to get rid of it.

Are your zippers constantly getting stuck? We have a solution for you. Believe it or not, rubbing graphite—in other words, a pencil—on zipper teeth will lubricate them.

The last thing you want while moving is to have all your drinking glasses shatter. Avoid this by tucking all your glassware inside clean socks. This helps prevent clinking and clattering.


"Even if you are on the right track, you will get run over if you just sit there." - Will Rogers

A Dog From Florida Got Lost In South Carolina. A Community Came Together To Find Him https://www.sunnyskyz.com/good-news