"Even if you're on the right track, you'll get run over if you just sit there."--Will Rogers

"The hardest thing to do is to be true to yourself, especially when everybody is watching." --Dave Chappelle

A woman died after her German doctor lover allegedly sprinkled cocaine on his penis before she gave him oral sex.
(https://nyp.st/2vb8v49)
BRAIN ON DRUGS:

Talk about having a crappy night. A man in Parkland, Washington was not only busted for drunken driving, but also found himself covered in dog poop while trying to hide from police. The ordeal began when a man called 9-1-1 to report a car was running red lights, driving erratically, and nearly crashing into several cars near the Brookdale area. About eight minutes later, a woman called 9-1-1 to report someone had driven through their gate and onto their 20-acre field. The driver had run from the car but by the time deputies arrived he was back inside the front seat -- passed out and covered in dog poop. The homeowner stated that after the man crashed his car on their farm he ran out, jumped over a fence, and tried to hide in a large container. It turns out these homeowners are dog breeders and that container is where they keep their dog poop. The drunk driver reportedly got out of the container and passed out in his car, which is where cops found him covered in the dog poop.
(https://goo.gl/9rfMzb)

BIG SCREEN-LITTLE SCREEN:
Brought to you by ChannelSurferTV.com... TV with a LOWER monthly fee!
Kim Zolciak-Biermann says that she will never appear on The Real Housewives of Atlanta again.
(https://goo.glSvtLEk)

Hilary Swank snapped a selfie with fan pretending to be her doppelganger.
(https://goo.gl/sh7S73)

SCOOP OF THE DAY:
Brought To You By FirstCupIsFree.com (be happy... try it free)

Are you the kind who worries about the gasoline you burn, the paper towels you throw out, the small appliances that a burning electricity? For some, being green has taken over their life. Things have gotten so bad for them, they suffer from eco-anxiety.

More facial recognition equipment had been installed in public toilets in China. I told you about these awhile back — each person scanning their face receives 15 inches of toilet paper from a dispenser. The idea is to stop each user taking too much TP — and crack down on theft of paper. Sensors in toilet cubicles will also issue an alert to an attendant if somebody has been inside for more than 10 minutes.

A new study finds the average American utters their first curse word of the day at 10:54 AM.

A Malaysian cop was arrested after he allegedly broke into a Mercedes Benz to steal it but then dozed off on its luxurious seat.

FUN FACT FOR YOU: Brought To You By LearnWithoutLoans.com
Share this with your friends... they'll think you're really smart!
In a recent survey, Americans revealed that banana was their favorite smell.

The two-foot long bird called a Kea that lives in New Zealand likes to eat the strips of rubber around car windows.

Garbist (GARB-ist)
Noun:
-One who is adept at engaging in polite behavior; an expert in etiquette.

WEIRD NEWS:
Brought To You By 49ByDesign.com (websites $49/mo with no set up fee)
This one isn’t a crime but it sure is weird: A Pennsylvania school district said it will arm its teachers with baseball bats in response to the Parkland, Florida school shooting. The Millcreek school district organized a training day on how to respond to a potential shooting and the baseball bats were handed out to each teacher. The district paid $1,800 for the bats. William Hall, who is the district’s superintendent, told the paper that the bats were primarily symbolic, but a “last resort,” and “an option and something we want people to be aware of.” Hall said the district also conducted an online survey to gauge feelings on arming teachers with guns in the classroom. He told the paper that “70 percent to 30 percent” would favor the move, but the district is “not really actively planning that right now.” (https://goo.gl/1fKm6E)

MOMENT OF DUH:By LearnWithoutLoans.com (Find Funding For College)
25-year old Xavier Inocencio Moran of Palm Beach, Florida was arrested after his own dashboard camera showed him committing burglary. Moran is accused of using a baseball bat to first break into Sally’s Beauty Supply in Royal Palm Beach and then on a safe in order to attempt entry. More than three hours after the burglary Moran was involved in a car crash. He told a Palm Beach County sheriff’s deputy that he was cut off by another driver and could prove it through his dashboard camera. While reviewing the video footage, the deputy observed Moran’s 2014 Nissan backing into a parking space in front of the Sally’s Beauty Supply store. The video then shows Moran taking a bat from the car’s trunk and breaking the glass door leading into the business. (https://goo.gl/y3S3j6) 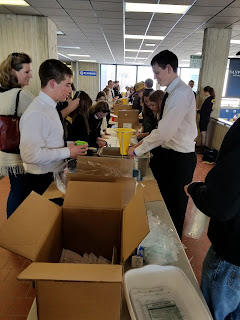 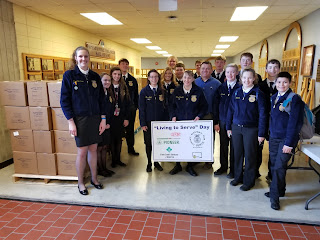