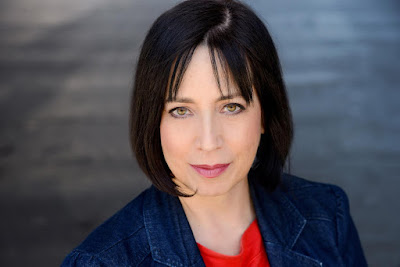 "Champions keep playing until they get it right." --Billie Jean King

Starbucks has clarified that drug use and sleeping will not be tolerated in their stores. (https://goo.gl/evcCZs)

Jon Stewart camped out under Stephen Colbert’s desk during the “Late Show” to raise money for autism. (http://goo.gl/TK4hSG)

Race Car Driver Danica Patrick has been dating Green Bay Packers Quarterback Aaron Rodgers since January and although she’s a Bears fan she said she’ll root for him.
(http://goo.gl/77zYDD)

SCOOP OF THE DAY:
Brought To You By FirstCupIsFree.com (be happy... try it free)

A recent study says that eating an egg a day might reduce cardiovascular disease deaths. (https://goo.gl/aZdPm7)

It's been announced that condoms will be provided at this year's annual Scout's World Jamboree. (https://goo.gl/SGJMYa)

It was reported that this past weekend one man was killed and another was injured in a rare cougar attack at Washington state's Cascade foothills. (https://goo.gl/5SgZpV)

One week after being caught on video screaming at people for speaking Spanish in a New York City café, attorney Aaron Schlossberg says he's not a racist and is “deeply sorry” for his actions. (https://goo.gl/idxJta)

Parents at a Pittsburgh school were angry to learn that their 7th graders were taught an overly graphic Sex-Ed lesson.  (https://goo.gl/aQJ2B1)


Share this with your friends... they'll think you're really smart!Hershey's Kisses are called that because the machine that makes them looks like it's kissing the conveyor belt.
"Typewriter" is the longest word that can be made using the keys on only one row of the keyboard.

The word used to mean, simply, a peasant. And before that, (in Old Norse, as 'karl') it just meant 'a man.' Interestingly, this is the root word from which we derive the name Carl, Charles and Caroline.

Used in a sentence:
“If you don’t stop acting so churlish, I’m going to have to ask you to leave.”

WEIRD NEWS:
Brought To You By 49ByDesign.com (websites $49/mo with no set up fee)
Police Officers in North Ridgeville, Ohio received a call from a man who said while walking home from a train station a pig started following him and he didn't know what to do. Thinking he had just left a bar, police went out to pick up the caller, who they believed was drunk. When officers arrived, they found the man stone-cold sober, complete with his four-legged stalker in tow. According to authorities, the man told them he was walking home from an Amtrak station when the animal decided to go for a walk with him. In the end, the pig was very cooperative and was placed in the back of a police cruiser and taken to the station. Police made the animal feel at home for a bit inside the department's dog kennels until the owner was notified, and it was picked up. Authorities didn't say if the owner was cited for having a pig on the loose.

MOMENT OF DUH:By LearnWithoutLoans.com (Find Funding For College)
According to the FBI, a Virginia husband lied about being kidnapped by a biker gang so he could run away with his mistress. 38-year-old Larry Wayne Price Jr. was arrested last week and charged with lying to federal authorities. Prosecutors said after Price's wife reported him missing on April 14th, police in his hometown of Bluefield and the county sheriff's office launched a massive search that included the use of state police helicopters and dogs. Price was located that night by a driver who noticed him on the side of the road. An affidavit written by an FBI agent says that when Price was taken to a hospital, he told police he was kidnapped by two strangers, drugged, and held against his will. Agents discovered he contacted a woman the day he was reported missing. Price said the woman managed a restaurant he owned and denied having an affair with her. She eventually told authorities Price had discussed “wanting to disappear.” She said they decided to move in to a house near her father's home to start a new life together.(https://goo.gl/2D7zHo)