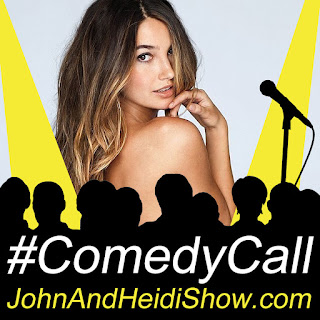 "When you have a dream, you've got to grab it and never let go." --Carol Burnett

A Los Angeles man has been fined $550 and ordered to pay restitution for riding an electric scooter while intoxicated and knocking over a 64-year-old pedestrian on a sidewalk. The City Attorney’s Office said Thursday the prosecution of 28-year-old Nicholas Kauffroath was the first motorized scooter driving under the influence legal case with a charge in Los Angeles. The office says in a statement that Kauffroath on August 4th had a blood-alcohol level more than three times the limit while operating a Bird scooter. The pedestrian was knocked down leaving a theater and suffered a knee abrasion while the rider continued on. Kauffroath pleaded no contest to operating a motorized scooter under the influence and hit-and-run. He was placed on 36-months of probation and must complete a DUI program. (https://goo.gl/Ukb9dz)

A study by the University of Canada found that getting eight hours of sleep a night is best for your brain.
(https://goo.gl/sDTBw1)

Two inmates escaped from a Kentucky prison by hiding inside the garbage. (https://goo.gl/prif8A)

A video has gone viral of a dog running through a soccer game in the country of Georgia. (https://goo.gl/9SDAgJ)

A Houston gun range has banned two men for life after they posed for a selfie with one pointing a gun at the other.

It’s a spooky month, and it’s Friday, so it feels like today should be Friday the 13th. But of course it’s not. In fact, our next Friday the 13th won’t come until September of 2019.

Even small drones can leave a big impact on large aircraft. Which is why, in many parts of the world, flying a drone anywhere near an airport is illegal. Scientists at the University of Dayton Research Institute flung a 2.1 drone from a cannon into an airplane wing. The collision was staged but the damage was real — it tore open the airplane. youtube.com

4% of the sand on Normandy beach is made up of shrapnel from D-Day that has broken down.

Acrocephalic (AK-roh-seh-FAL-ik)
Adjective:
-Having a pointy or conical shaped head.
-Of a skull: having a relatively or abnormally large ratio of height to breadth.
Noun:
-A person with a pointy head.

Mid 19th century; earliest use found in Joseph Barnard Davis (1801–1881), physician and craniologist. From acro- a word-forming element meaning "highest, topmost, at the extremities," before vowels, acr-, from Greek akro- "pertaining to an end, extreme," comb. form of akros "at the end, at the top"+ -cephalic - late Middle English: from Old French cephalique, from Latin cephalicus, from Greek kephalikos, from kephalē ‘head.’.

Used in a sentence:
“I stopped watching Saturday Night Live around the time they stopped showing the acrocephalic family from France.”

A New Mexico man suing a supermarket chain after he says he slipped and fell on a green chile pod. The Albuquerque Journal reported a lawyer for Richard Berman filed a lawsuit last week in Santa Fe District Court two years after the chile allegedly swept Berman off his feet. Berman is seeking damages from Sprouts Farmers Markets for injuries he suffered to his neck, shoulder, back, and left knee. The lawsuit claims Berman continues to suffer from headaches and other pains. The lawsuit says Sprouts “knew or should have known that the floor of the store, where the green chile was located, was subject to routine heavy foot traffic.” The Phoenix-based Sprouts Farmers Markets declined to comment. (https://goo.gl/hwYQ6k)

A Springfield man is in jail after authorities say he filmed himself using a butter knife and a screwdriver to remove an ankle monitor — then posted the video to Facebook. The July video referenced by investigators is still posted on what appears to be the Facebook page of 33-year-old Dustin W. Burns. Court records show Burns pleaded guilty to violating a restraining order earlier this year and was placed on probation. “This is how you take an ankle bracelet off,” says a voice in the video, “without breaking the circuit.” A man in the video can be seen with his pants leg rolled up. He sticks the butter knife in and out of the device, before grabbing a utility tool to unscrew part of it. The man advises viewers to remove the ankle monitor without damaging it, thus avoiding thousands of dollars in fines. The video ends with the man fully removing the bracelet and holding it up to the camera. Authorities apparently believe this man is Burns. He was charged with tampering with electronic monitoring equipment. (https://goo.gl/aPkPUo)