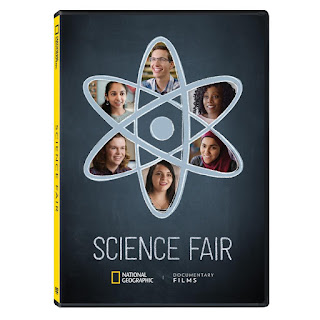 Today we visit with Dr. Serena McCalla about her students and their appearance on the National Geographic Film Science Fair.
Available now as a digital download - https://amzn.to/2APDhiC

"If your actions create a legacy that inspires others to dream more, learn more, do more and become more, then, you are an excellent leader." --Dolly Parton


An allegedly inebriated motorist was stopped by police for a breath test in India last week — then snatched the breathalyzer out of an officer’s hand and sped off. The bizarre incident happened last Friday night in New Delhi after a police constable noticed that a man, identified as Rishi Dhingra, appeared to be driving drunk. The constable stopped the man driving a black Maruti Swift car and asked the motorist to blow into the breathalyzer. When the gadget showed the man was intoxicated, the cop “asked him to pull aside.” The driver pretended to park on the side of the road — but then quickly reached out, grabbed the device from the officer’s hand, and drove off. Police noted the last four digits of the car’s registration number, which led authorities to the residence of the motorist in the city of Noida. A case of theft and obstructing a public servant from performing duty was ultimately registered at the local police station. (https://nyp.st/2E4iHPK)

BIG SCREEN-LITTLE SCREEN:
Dynasty actress Joan Collins says she believes her sister Jackie has been reincarnated as a fly. (https://pge.sx/2QwMTsj)

Kim Kardashian and Kanye West sat in the front row for a Versace pop-up fashion show in New York on Sunday night. (https://nyp.st/2U9zsxv)

A new article in the Wall Street Journal claims that Americans are addicted to outrage and that there may not be a cure.(https://on.wsj.com/2RwLrDN)

A study conducted at Brigham and Women’s Hospital found that 1 in 4 college students has a mental health condition. (https://bit.ly/2NWN3oo)

A study by the University of Michigan found that 78% of parents would not let their teenager get a tattoo.
(https://bit.ly/2FVM8F7)


China censored the word for “censorship.”

From William Holloway's "Dictionary of Provincialisms," 1838

Used in a sentence:
“You sir, are a fiendish gobslotch with all the table manners of a baboon!”


It was a foolproof plan to avoid paying tolls — until he was caught by an off-duty trooper. 70-year-old Robert Craig Davis of Florida was arrested on Nov. 17th after troopers found a remote control that could raise and lower a shield to block his license plate. With this device, Davis could drive through a toll without paying and, due to the deployed black cloth shield, cameras would not be able to snap a photo of his plates to send him a bill. News of the deceptive driver first arose during the summer when drivers caught video of a minivan using the remote-controlled shield. Florida Highway Patrol Lt. Alejandro Camacho spotted the plate cover in action while driving through the Bird Road toll plaza on the Florida turnpike. Troopers found not only the remote, but also a SunPass transponder inside of a static shield bag in the glove compartment. The bag interrupted signal so that tolls could not charge the transponder. Davis faces a charge of organized fraud and petit theft. (https://goo.gl/8LHJvz)

A man with unique facial tattoos, including a dollar sign over his left eye, has been charged with kidnap in his 54th run-in with the law. 35-year-old Michael Mann from the Pine Hill neighborhood in Cincinnati, Ohio, has been charged over the kidnapping of a woman in October of this year. Dave Wood of the Hamilton County Prosecutor's Office told the court, “Police responded to a check cashing store where a woman said her sister was being held against her will until she returned with $100. The defendant was the person holding her for ransom.” Prior to this allegation, the well-inked suspect had been charged 53 times with a variety of criminal offenses including burglary, assault, and drug possession. Mann was even arrested earlier this year on aggravated burglary and domestic violence charges.(https://goo.gl/fCLRuv)