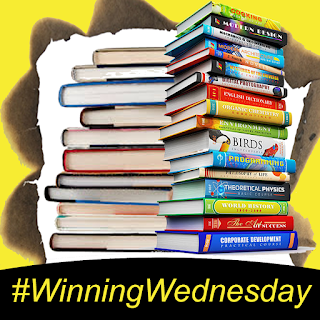 Today we visit with Tamara Duker Freuman about her new book
The Bloated Belly Whisperer: See Results Within a Week and Tame Digestive Distress Once and for All" ORDER IT HERE - https://amzn.to/2AxlAEe

TODAY IS A SPECIAL DAY! (A special thank you to NationalDayCalendar.com)
January 30
National Croissant Day
SURVEYS, STUDIES & SUCH!
A survey by Coopervision found that Americans spend half of their waking hours looking at screens. (https://bit.ly/2QMVQtT)

A study by Mattress Firm found that Americans have 99 terrible nights of sleep each year. (https://bit.ly/2FGwaho)

According to Officials, a Texas college student whose drunk rampage on a trans-Atlantic flight caused the plane to be diverted was sentenced to prison. 21-year-old Jeffrey “Tanner” Libby was ordered Wednesday to spend six months behind bars after forcing a 200-person flight to turn around last month as he attacked passengers and crew. Officials said Libby boarded a flight from Heathrow to Dallas and became belligerent about an hour after departure. Libby — who brought Bacardi Rum on the plane — reportedly was highly intoxicated because his girlfriend broke up with him via a text message. Police said the drunk student was abusive toward others on the plane and the crew was initially unable to restrain him. They added, “As they tried to calm Libby down, he then proceeded to assault two of the passengers and one member of the cabin crew, scratching and striking them and even biting one of the passenger’s fingers.” The plane was diverted back to Heathrow, where Libby was met by officers and arrested. Libby pleaded guilty to common assault, being drunk on board an aircraft, and using threatening, abusive, or insulting words towards cabin crew. (https://nyp.st/2CClkFe)

Ray Romano joked at the Sundance Film Festival that his wife doesn’t eat oysters because they’re considered to be aphrodisiacs. (http://goo.gl/U8DZxP)

Oscar winning French Composer Michael LeGrand has died in Paris at the age of 86. (https://yhoo.it/2DDgWYg)

Twitter CEO Jack Dorsey told Rolling Stone Magazine that he once ate a goat that Mark Zuckerberg killed with a laser gun. Zuckerberg is on a weird diet where he only eats things that he kills. (https://bit.ly/2AYVc7f)

Sony is selling a $3,000 robotic dog that allows you to remotely check up on your family members while you’re at work. The dog’s name is Aibo.
(https://bit.ly/2Ms20ii)

Former Starbucks CEO Howard Schultz told 60 Minutes he’s running for President as an Independent because both parties have shown no concern for out national debt. (https://bit.ly/2sNTkK8)

A migrant man infected with flesh eating bacteria was detained at the U.S. Border on Sunday. (https://bit.ly/2FRtdL5)

A survey by Border and Customs Patrol found that the migrant caravan has swollen to 12,000 people at Mexico’s southern border. (https://bit.ly/2CNK6SV)

The NYPD is looking for a group of teenage boys who robbed a string of newsstands around the city. (https://cbsloc.al/2TdxCe1)

Pope Francis told young Catholics in Panama to “live their lives offline” and get involved in their communities. (https://bit.ly/2FOgnwU)

FUN FACT FOR YOU:
Share this with your friends... they'll think you're really smart!
All of the fine print in the world that literally no one reads
It would take 76 work days (if you work an 8-hour day) to read every online privacy policy you agree to in an average year.
FEAR THIS.... FUN WITH PHOBIAS!

WEIRD NEWS: Brought to you by WeirdGiftOfTheDay.com
Pittsburgh police are investigating an attempted armed carjacking that ended with the alleged carjacker giving up and running away on Shetland Street in the Larimer/Lincoln-Lemington area. Police said that on January 16th around 5:35 p.m., a 20-year-old man said he had stopped at his house to drop off food for his grandmother and had left his friend waiting inside his running vehicle. The gunman approached as the driver ran into the house. According to police, the gunman then ordered the victim's friend, who was still waiting inside the vehicle, to get out of the car. Police said the alleged carjacker repeatedly revved the engine to drive off, however was “apparently unfamiliar with how cars work, because the vehicle was in park the whole time.” The man gave up and fled on foot. (https://bit.ly/2sESbVf)

Authorities say a thief stole $1,000 from a group of Girl Scouts who were selling cookies at a New Jersey mall. Woodbridge Township police say the theft occurred between 4:20 p.m. and 4:50 p.m. last Friday on the upper level of the Woodbridge Center mall. The money — about $500 cash and several checks — had been placed in a bank envelope and left unattended on a table where members of Girl Scout Troop 80062 were making their sales. Authorities say mall surveillance cameras captured a man, who may have been in disguise, picking up the envelope and putting it in his pocket. The man was with a woman using a red walker, and they left the mall shortly before the theft was discovered.
(https://bit.ly/2S6t3Vy)

Teen’s Astounding Basketball Shot Just Went Viral With a Swish of the Net Right at the Buzzer
https://www.goodnewsnetwork.org/watch-teens-video-of-when-he-scored-nothing-but-net-on-half-court-buzzer-shot/