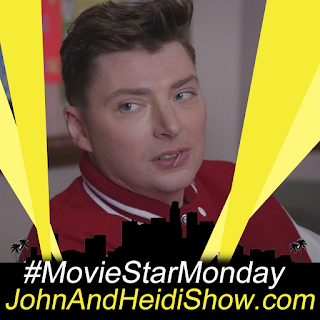 A study by New Jersey’s Division of Gaming Enforcement found that New Yorkers are placing bets in Jersey at a record pace. (https://nyp.st/2UqfC0Z)
BRAIN ON DRUGS:
Brought to you by TimeForRehab.com! Each day we talk about people doing dumb things under the influence, but addiction is no laughing matter… if you or someone you know needs help, we're here to help! You can learn more at TimeForRehab.com.

In Nakhon Ratchasima, a city in Thailand, a policeman driving home from a party was lucky to escape alive when he drove his car off the road into a canal. Rescuers were called to the area about 4.50 a.m. They found a Toyota Fortuner in the canal. A 40-year-old Thai man was waiting for help on the canal-side. He appeared to be drunk. Divers then attached a rope to the vehicle so it could be pulled to the shore. The driver, whose name was withheld, is a police officer based in Nakhon Ratchasima province. He was on his way home from a party with friends. He told rescuers he felt drunk and sleepy, and finally dozed off behind the wheel. The next thing he knew he was in the water. Luckily, he had earlier opened some of the windows, and managed to get out the car and make his way to shore before it sank. (https://bit.ly/2GOfIfz)
BIG SCREEN-LITTLE SCREEN: Brought to you by ChannelSurferTV.com

Wendy Williams returned to her show and said she was feeling much better after her hiatus. (http://goo.gl/vsGeDe)

Ben Affleck told “The Today Show” that alcoholism is something he just has to live with. (http://goo.gl/tfFq1c)

Warner Brothers CEO Kevin Tsujihara is being investigated for sexual misconduct. (https://bit.ly/2C2eMQL)SCOOP OF THE DAY: Brought to you by BetterCreditCards.net
Amazon owner Jeff Bezos toured an $88 Million Bel-Air estate with his mistress, Lauren Sanchez. (https://pge.sx/2SLf3gw)

The nation’s scientists have developed a new term called “auto-sexual,” which describes people who are attracted to themselves. (https://bit.ly/2Ttll90)

A new app allows people who are on intermittent fasting diets to connect with other people doing the same.(https://bit.ly/2UoILJK)

A fight broke out at a charity hockey game between the University of Clemson and South Carolina. (https://bit.ly/2IVstqt)

A Japanese artificial intelligence company claims it has developed a camera that can spot shoplifters before they steal. The Camera is called “VAAK,” it identifies shoplifters by signs of fidgeting, restlessness, and suspicious body language.
(https://bit.ly/2C600Zc)


FUN FACT FOR YOU:
Share this with your friends... they'll think you're really smart!
Chameleons Change Color Based on Mood, Not Surroundings
You’ve likely heard since you were young that chameleons change their color to match their environment—that when they’re on a slate, their skin takes on a gray tinge, or when they’re on a leaf, they turn green. In fact, these color-based changed are related to their mood, temperature, or other factors entirely unrelated to their surroundings.

Aeronausiphobia… Fear of vomiting from airsickness.

WEIRD NEWS: Brought to you by WeirdGiftOfTheDay.com
A fight between a Pasco County, Florida couple ended with both of them behind bars this weekend after deputies say they threw concrete blocks through each other's car windows. The incident between 54-year-old April Kingsbury and 54-year-old Mark Tringone happened outside of their home. Deputies were called to the scene for a domestic disturbance just before 7:30 a.m. When they arrived, deputies discovered Kingsbury and Tringone had been in an argument. At some point during the argument, deputies say both Tringone and Kingsbury picked up asphalt and concrete blocks and threw them through the back windows of each other's vehicles. An arrest report shows Tringone also kicked the side of Kingsbury's Ford Crown Victoria and left a dent after shattering the window. Both Tringone and Kingsbury were arrested and taken to the Land O Lakes Detention Center. The arrest reports show both admitted to causing the damage but accused the other of doing it first. (https://bit.ly/2C6ACTk)
MOMENT OF DUH: Brought to you by FunkyMonkeyShirts.com

A Wisconsin teenager accused of injecting cattle tranquilizer in his stepfather’s energy drinks thought his actions were “funny” and would not harm the victim, according to police who arrested the minor on a pair of felony charges. Investigators allege that 17-year-old Tyler Rabenhorst-Malone adulterated his kin’s drinks last year. Cops say the teen used a sedative often administered to cows giving birth. The victim, a dairy farmer, had stored the drug in a barn. According to a criminal complaint, after Rabenhorst-Malone first spiked his stepfather’s drink, the victim was left stumbling and suffering slurred speech, a droopy face, and heavy breathing. Doctors at a Madison hospital concluded that the symptoms were a result of stress, lack of sleep, and the victim’s consumption of energy drinks. However, during police questioning last month, Rabenhorst-Malone reportedly confessed to spiking the drinks, saying he thought it was “funny.” The teen added that he never intended to hurt his stepfather. He has been charged with placing foreign objects in edibles and recklessly endangering safety, both felonies. (https://bit.ly/2XAcEJ2)THESE THREE THINGS!
GOOD NEWS: Brought to you by www.RadioTravelGroup.com