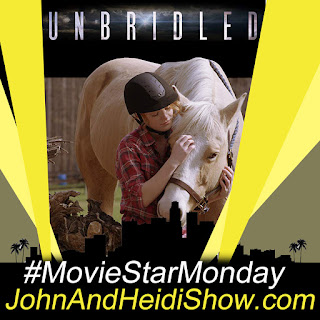 A survey by the University of Queensland found that smartphones are disrupting our daily lives due to people spending too much time on them. The survey found that 1 in 5 people have poor sleep habits because of smart phones.
(https://bit.ly/2OqzOgU)

A Santa Cruz, California man who allegedly engaged in a little drunken horseplay last weekend found out that riding a horse while intoxicated can be just as hazardous as operating a vehicle in the eyes of the law. California Highway Patrol (CHP) officers arrested a man riding a horse along State Route 152 near Watsonville, in the southeastern part of Santa Cruz County, for public intoxication on Sunday. “Remember, it is illegal to not only drive a vehicle under the influence, but also a bicycle, motorized scooter, hoverboard, and a horse,” CHP wrote in an Instagram post. CHP referred to the man as a “suspected DUI rider,” in the post. Fox’s Bay Area station KTVU reported that the man was not arrested for driving under the influence, but after an investigation, he may be charged with DUI. The man was taken to a sobering center and the horse was brought home by a family member. (https://nyp.st/2FmKA4L)

Tim Burton’s remake of Dumbo hits theaters this weekend and the film was expected to bring in $137 million in its box office debut. (https://bit.ly/2FCknPG)
Rachel Maddow’s ratings have plummeted by over 500,000 viewers since last week. CNN’s ratings have also fallen by 50% in that same time. (https://nyp.st/2YGdViq)
MSNBC anchor Nicole Wallace is leaving her husband to be with New York Times writer, and frequent guest on her show, Michael Schmidt.
(https://washex.am/2FGGHHZ)

SCOOP OF THE DAY: Brought to you by BetterCreditCards.net
A video has gone viral of a youth soccer player scoring from the halfway line during a game in the UK.(https://bit.ly/2HKuqEH)

A single winning ticket to the $768 million dollar Power Ball jackpot has been sold in Wisconsin. (https://nyp.st/2YpYBpQ)

Police in Portland Oregon keep arresting truck drivers after mistaking hemp for marijuana. (https://nyp.st/2I2qGOt)
Thousands of passengers are stranded in Iceland after WOW Airlines permanently shut down and canceled all their flights. (https://nyp.st/2Um4tl2)

Alain Robert, who’s known as the Human Spider-Man, scaled a 600 foot tower in Paris last week WITHOUT A HARNESS. There was confusion at first because they thought he was an invader of some sorts. (https://nyp.st/2HLazFs)

The Department of Homeland Security revealed that daily border crossings are now at a thirteen year high. (https://nbcnews.to/2JHjMAC)

A county in upstate New York has declared a measles emergency and has banned unvaccinated minors from public places. (https://bit.ly/2HSrbdL)

FUN FACT FOR YOU:
Share this with your friends... they'll think you're really smart!
The Earth Doesn’t Orbit Around the Sun. Our planet does not orbit around the Sun, like we all learned in grade school. In fact the Earth, along with the Sun and the rest of the planets, orbits around the center of mass of the solar system (which just happens to be very close to the Sun).

WEIRD NEWS: Brought to you by WeirdGiftOfTheDay.com
A woman in Ohio went to great lengths on Monday to avoid getting pulled over by troopers. Video shows Imani Edwards smashed into multiple police cars, nearly hit several officers in the process, and sped through an intersection with a red light. WEWS-TV reports, even with the back end of her SUV smashed-in, she still didn't stop. The reason for the chase? She says she was late for work. Ohio State Troopers were chasing the vehicle after the woman behind the wheel fled a traffic stop. Soon, Newburgh Heights police joined in the chase. At one point, law enforcement thought they had her boxed in on the interstate. But in dash cam video you can see the driver made a desperate and dangerous move. Even as an officer stood right outside her driver's side window with his gun drawn, she hit the gas, nearly running down police and ramming two Newburgh Heights police cruisers during her dangerous escape. Troopers finally stopped her by forcing her onto a curb into a pole and she could not go forward anymore. She was arrested, then had to explain herself. When an officer asked her what she was doing, Edwards said, “I was on my way to work.”
(https://6abc.cm/2TEkyy2)
MOMENT OF DUH: Brought to you by FunkyMonkeyShirts.com

Police say that after paying $500 for what he thought would be a sexual encounter at a Days Inn motel, a Florida Man called cops to complain that he had been ripped off. 50-year-old Jon Omer Sengul dialed 9-1-1 last Friday evening to report that he “paid for sexual activities he had not received.” When contacted by police, Sengul “began to make incriminating statements,” prompting Officer Gregory McDonald to read him his rights. After saying that he understood the Miranda warnings, Sengul continued his tale of woe. Sengul said that he called police because “after giving the individuals the money they did not come to his room to engage in the aforementioned sexual relations.” Sengul was subsequently arrested for soliciting prostitution, a misdemeanor. Now free on $500 bond, Sengul, who has pleaded not guilty, is scheduled for arraignment on April 29th. (https://bit.ly/2uwkrdz)