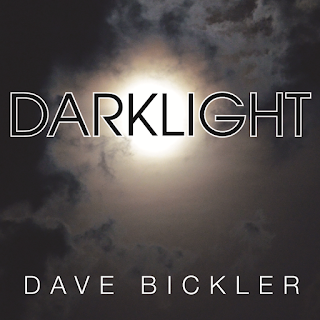 Today we visit with the ORIGINAL VOICE of the song “Eye Of The Tiger”... Dave Bickler has a new album “Darklight” which he recently recorded with several other music legends.

TODAY IS A SPECIAL DAY! (A special thank you to NationalDayCalendar.com)
April 24th
National Pigs in a Blanket Day
National Administrative Professionals’ Day

A study out of Finland found that eating a diet rich in red meat will lead to an earlier death. (https://bit.ly/2Pf9tCW)
BRAIN ON DRUGS:
Brought to you by TimeForRehab.com! Each day we talk about people doing dumb things under the influence, but addiction is no laughing matter… if you or someone you know needs help, we're here to help! You can learn more at TimeForRehab.com.

A woman who was recently indicted in a Nashville murder case is facing additional charges after allegedly walking into an area Waffle House naked while waving a gun in the air. Officials with Metro Nashville police said 19-year-old Montessa Tate-Thornton was arrested early last Saturday morning after a disturbance at a Waffle House on Harding Place. Tate-Thornton and 34-year-old Larico Nixon allegedly ran into the restaurant nude. Police said officers found Tate-Thornton inside waving a gun in the air and speaking incoherently. Both were taken into custody. She was charged with possession of a handgun while under the influence. Nixon was charged with felon in possession of a handgun while under the influence, public indecency, and public intoxication. Tate-Thornton was also just named in a grand jury indictment in connection with the shooting death of 23-year-old Maxime Assem. (https://bit.ly/2X1yP9R)

Anne Hathaway says she’s giving up drinking until her son is out of the house. But not because she has a drinking problem, but rather because she has a “hangover problem.” The actress said when she drinks she goes hard and that one morning she was too hungover to take her son to school and then had a “five-day hangover.” (https://pge.sx/2GkWoDV)

Britney Spears’ mom Lynne Spears has been liking some strange things on the internet that have given the indication that Britney is in a mental institution against her will. The pop star has possibly been in a facility since January, and her father Jamie is her guardian, supervising the stay.(https://pge.sx/2ZibXVI)

SCOOP OF THE DAY: Brought to you by BetterCreditCards.net
Authorities are trying to determine the identity of a fireball that streaked across the skies of Washington, D.C. on Tuesday night. (https://bit.ly/2IrNat8)

A 68 million year old skeleton of a Baby T-Rex is selling for $2.9 million dollars on eBay. (https://bit.ly/2Pefwrg)

A Florida man was arrested for stealing spaghetti and shoveling into his mouth with his bare hands at the Olive Garden. (https://bit.ly/2ICup5v)

The NYPD is looking for a man who groped a dozen women on the subway.
(https://nyp.st/2IningU)

Yuma, Arizona has declared a state of emergency because of the flood if immigrants entering their city. (https://bit.ly/2Xm7csu)

Lori Loughlin’s husband, Mossim Gianulli, admitted that he lied about attending USC in the 1980’s and pocketed his parents tuition money instead.
(https://pge.sx/2DoWiuu)

Time Magazine has sparked outrage for naming Brett Cavanaugh and his accuser Christine Blasey Ford to their list of 100 Most Influential People.
(https://dailym.ai/2GlUdAc)

A video has gone viral of two firemen rescuing a deer from a frozen lake in Colorado. (https://bit.ly/2Ulo4h6)

Beyonce says she gave up sugar, carbs, and meat before her performance at Coachella. (https://pge.sx/2V7OzuP)A new report shows that 60 companies paid zero taxes despite earning over $79 billion dollars. (https://fxn.ws/2V7SeZn)

Thomas Edison, the inventor of the lightbulb, was actually afraid of the dark.

WEIRD NEWS: Brought to you by WeirdGiftOfTheDay.com
A woman and her son were arrested at a Walmart in Eau Claire, Wisconsin after police said the woman practiced karate moves in the parking lot, while her son was naked inside the store and her dog was roaming free. 46-year-old Lisa Smith and 25-year-old Benny Vann were both arrested after officers learned Smith came into the Walmart and unleashed her dog “Bo.” While Bo ran up to customers, Smith erratically started pulling apart store displays and placing them in her cart. When she was asked to leave by staff, she began to perform karate moves in the parking lot. In the meantime, Bo got a box of Jiffy Cornbread Muffin Mix and tried to leave the store. Smith was arrested, fought with officers, and also attempted to kick out a window on the squad car. Meanwhile, police said Vann had removed his clothes in the back of the store, exposing himself to customers. Vann was riding a scooter and allegedly refused to stop when approached by police, at one point attempting to run over an officer. He was stopped and arrested. (https://bit.ly/2IoSBZF)

Incensed that a St. Louis hamburger joint had run out of chocolate ice cream, a female suspect went on a 2:25 a.m. rampage, breaking out the restaurant’s windows with a baseball bat and spitting on employees. Officials are seeking the public’s help in identifying the woman who trashed the Rally’s Hamburgers outlet on March 27th. According to a St. Louis police summary, investigators classified the incident as a burglary and listed three women as victims. Cops say that the suspect became “enraged after ordering her food” and “then used an aluminum baseball bat to break the glass windows of the business” and threaten the victims. Investigators say the woman went ballistic after Rally’s workers informed her they only had vanilla ice cream available. Upon learning that there was no chocolate ice cream in stock, she spit on employees and then set upon the business’s windows with a baseball bat. (https://bit.ly/2IoWv4L)

THESE THREE THINGS!
What do these 3 things have in common:
MATCHBOOKS—MAGAZINES—BEDS
(They have COVERS)

(Use promo code RADIO to save $25 per ticket)