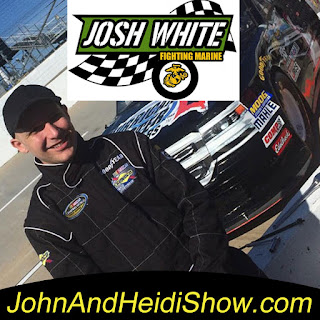 A Bloomberg study found that Americans now spend more money at internet stores than they do at restaurants. (https://bit.ly/2XRVKFo)

A Florida man was disrupting a Naples restaurant, standing on chairs while sticking out his middle finger, and shouting at customers before his arrest. The suspect, 55-year-old John Toddy, faces a Disorderly Intoxication charge. According to the Collier County Sheriff’s Office arrest report, the manager of the Latino America Restaurant on Collier Boulevard said Toddy began slamming the menu sign outside the establishment. Then, Toddy entered the restaurant, stood up on chairs and stuck his middle finger toward patrons while shouting and cursing at everyone. Deputies described Toddy as having bloodshot watery eyes and slurred speech when they arrived. Before arresting Toddy — placing him in handcuffs and taking him to Naples Jail Center – he told deputies when they confronted him, “get back in your [expletive] car and go to Dunkin’ Donuts.” (https://bit.ly/2IrrMBO)

BIG SCREEN-LITTLE SCREEN: Brought to you by ChannelSurferTV.com
The MTV Movie and TV awards gave out their popcorn trophy to “Surviving R.Kelly” for best documentary. (https://bit.ly/2WQjI2w)

Bill Cosby is said to be lecturing other inmates on life lessons while he spends time in prison. (https://pge.sx/2WWqau4)

SCOOP OF THE DAY: Brought to you by BetterCreditCards.net
People trying to quit smoking or even go on a diet have a new option. A company has produced a bracelet that will shock you every time you reach for cigarettes or junk food.(https://bit.ly/2RxvwWJ)

Authorities seized $1 billion dollar’s worth of cocaine on a boat at the Port of Philadelphia Wednesday. (https://cbsloc.al/2WOrjib)

A video has gone viral of an Irish waiter spilling two trays of beers.
(https://bit.ly/2WTZrco)

The United States has sent 1,000 additional troops to the Persian Gulf Region as tensions continue to escalate with Iran. (https://abcn.ws/2x2lPpH)

The CEO of Airbus says the company already has the technology to fly passenger planes without a pilot and is now working to win over regulators and passengers.(https://bit.ly/2WO7h7q)


FUN FACT FOR YOU:
Share this with your friends... they'll think you're really smart!“Witzelsucht” is a condition that causes people to have an uncontrollable urge to make jokes. Comedians, clowns, and comics like to make people laugh. But for people with witzelsucht, telling silly stories and making groan-worthy puns is an uncontrollable impulse. According to a 2016 article published in The Journal of Neuropsychiatry and Clinical Neurosciences, patients with the condition can’t resist “excessive and often inappropriate joking and facetious humor” as well as “a childish or silly excitement.”


WEIRD NEWS: Brought to you by WeirdGiftOfTheDay.com
An England man who told a Barclays bank staff “this is a stick up, give me the cash” while pointing a banana at them has been given a 14-month prison sentence. 50-year-old Laurence Vonderdell convinced the staff that the banana was a gun so they handed over £1,100 in £20 bank notes. He raided the bank in Bournemouth, Dorset, leaving staff terrified. He then approached two police officers telling them that he had just carried out a bank robbery but they did not believe him and he was sent on his way. Vonderdell then walked another two miles to a police station where he was arrested for robbery. A court heard that he carried out the robbery because he wanted to be arrested so he would have a roof over his head after being evicted. He went to a branch of Nationwide with his banana but walked out because there were too many people in the bank, so he went to Barclays instead.(https://bit.ly/2IUe7TY)

A Florida man was arrested Friday after deputies say he refused to pay for his meal at a restaurant and exposed his genitals to other customers. Deputies say they responded to the Kickin Wingz restaurant in Port Richey and found the manager waiting with 30-year-old Brandon Muenz. Deputies say Muenz was sitting on the floor and his clothes were so torn up, his genitals were exposed when he moved around. According to an arrest report, deputies spoke with several witnesses at the restaurant, who said a waiter asked Muenz if he was going to pay for his bill after eating chicken wings. The witness told deputies it appeared as if Muenz was rubbing himself while he tried to look for money. When the manager came over, Muenz ran out the front door. According to law enforcement, Muenz was chased and caught by another witness and the manager. He was charged with breach of peace; disorderly conduct.
(https://on.wtsp.com/2ZAnRtr)
THESE THREE THINGS!
What do these 3 things have in common:
A MAILBOX--A PIRATE SHIP--A SCHOOL
(They have FLAGS)