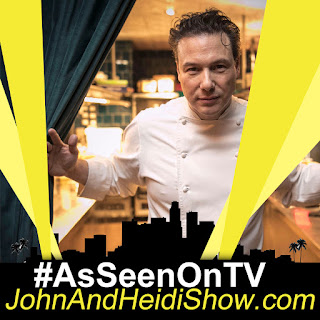 A study by the University of Illinois found that heavy drinking during your teen years can lead to psychological issues during adulthood.(https://bit.ly/2WRLJH1)

A Florida man led several officers and deputies on a chase from Miami to the Upper Keys on Tuesday. According to Florida City Police, Mark Edward Welch, a 50-year-old from Lake Worth, was involved in a hit and run crash on the mainland and attempted escape towards the Keys. While driving at Mile Marker 108 on U.S. 1, Monroe County Sheriff’s deputies used road spikes to try and stop Welch’s Jeep, but he kept driving south with the flat tires. Welch eventually hit a concrete wall and came to a stop. Welch ignored the deputies’ commands to get out of the vehicle while they had their guns drawn on him. He was eventually taken into custody without any resistance. The deputies searched his car and found a pipe with traces of cocaine. Welch admitted he ingested twenty rocks of crack while on the chase and had been smoking crack cocaine since Tuesday morning. He said some of the rocks were still stuck in his throat and he was having trouble coughing them up. Deputies took Welch to a hospital in Tavernier. Once he was released, deputies cuffed him and took him to jail. (https://cbsloc.al/2wSahoK)

A former executive claims that Harvey Weinstein stiffed her out of $450,000 in payments. (https://pge.sx/2ZsT2H0)

Avengers: Endgame will be back in theaters on June 28 with a cut that has a new post credits scene, a tribute, and a few surprises. The new edition isn’t an extended cut. One reason behind the re-released: Endgame needs just $45 million more at the global box office to declare itself the highest grossing movie of all-time. Currently Avatar has the record at $2.788 billion.

SCOOP OF THE DAY: Brought to you by BetterCreditCards.net
Vacation isn’t just for fun. Research shows time away from work is good for your mental health and the career you’ve temporarily put on hold. And vacation’s also good for seeing your life in new ways. A new study finds 37 percent of adults have had “life eureka” moments while on vacation or a trip away.
Have you lost an ear? That’s the question police are asking after a prosthetic ear was found at a public beach in Holmes Beach, Florida.
https://www.facebook.com/HolmesBeachPD/posts/2296682540449000?goal=0_c01849cdd6-e6b7249941-264008501
A study by the National Academy of Sciences found that domesticated dogs have developed human-like eye brow muscles that allow them to manipulate people and get their way. (https://bit.ly/2WSSQnt)

Authorities in Florida are investigating reports of a “Skunk-Ape” living in the Everglades that looks like an APE but can spray like a SKUNK.
(https://cbsloc.al/2KpnwGi)


The Vatican has opened a formal debate over allowing Priests who serve in the Amazon to get married. (https://bit.ly/31Q55QK)


A survey by the Pew Research Center found that the world’s population is expected to stop growing by the end of the century. (https://pewrsr.ch/2N7MIUb)

FUN FACT FOR YOU:
Share this with your friends... they'll think you're really smart!
Birth control for men exists. Taking birth control is not just for women. In 2016, scientists announced that they had developed an injectable male contraceptive that was found to be 96 percent effective in the men who used it. Using the hormones progestogen (which affects sperm production) and testosterone (which reduces the effects of the progestogen), the treatment could help equalize the burden of control between the sexes.

Proctophobia… Fear of the rectum.


WEIRD NEWS: Brought to you by WeirdGiftOfTheDay.com
Police say a man faked a heart attack in a Massachusetts convenience store while his accomplice hopped over the counter to steal money from the register. Malden police on Facebook say they responded to the store Sunday afternoon on reports of a theft. Officers were told two white men entered together. Witnesses told police one “faked a heart attack” while the other grabbed the cash. Both suspects then fled. Police are looking for them. Police say that in addition to holding both men accountable for the robbery, they also want to make sure the suspect’s “‘heart problems’ have been taken care of by a medical professional.” Police posted surveillance video and images of the men, hoping the public will help identify them. (https://nyp.st/2XlU8Hg)

A Florida man thought he bought a villa for $9,100 in an online auction, but in reality he just won the patch of grass between two of them. And it turns out the 100-foot-by-1-foot strip of land Kerville Holness purchased is valued at only $50. His new property starts at the curb where two mailboxes sit, goes under a wall separating the garages of two adjoining villas and goes through the back lot — and officials said there’s no way he’s getting a refund. Holness claims photos linked to the auction site showed the villa as being what he was bidding on, but the appraiser’s site and county’s tax site shows the negligible value of the property, no building value, and that the land is only 100 square feet.
(https://bit.ly/2MXIG0m)
THESE THREE THINGS!
What do these 3 things have in common:
a drill, bridle and comedian
(BITS)