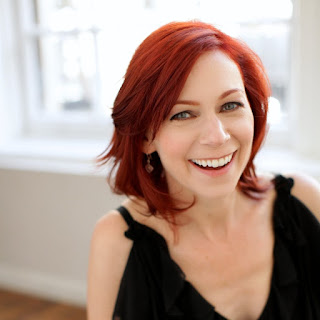 Today we visit with Emmy-Winner Carrie Preston know for amazing roles in THE GOOD WIFE, PERSON OF INTEREST, TRUE BLOOD, CROWDED, WHEN WE RISE, BROCKMIRE, TO THE BONE and more. She is currently starring as Polly Marks on TNT’s Claws, which returned for a third season on June 9th. Carrie will take the director’s chair this season, with her episode airing This Sunday, July 28th.

CLAWS is an hourlong series, executive produced by Rashida Jones and follows the life and crime of five diverse and treacherous manicurists working at a nail salon in South Florida. Carrie stars as Polly, one of the manicurists with a secret past working alongside Niecy Nash's character Desna. Claws is among the top 10 highest-rated cable dramas in 2018, and the season 2 premiere on June 10th drew 1.3 million viewers ages 18-49.

A new study found that more than half of all American men are ashamed of their body hair. (https://nyp.st/2LxKJGX)

An Australian teenager is facing serious consequences after ramming into a police car and breaking an officer's leg. 19-year-old Benjamin Saurini says he had trouble seeing out of his windshield on Friday because of the pot smoke fogging up his car windows. Saurini admitted he was trying to flee police near Melbourne, Australia, after smoking cannabis in the car with some friends. Driving away from the scene, he panicked and side-swiped a police cruiser—pinning a senior constable against the car and breaking the officer's leg. The day after the accident, Saurini saw a newspaper article about the injured cop and realized he was in trouble. He allegedly tried to get rid of the car and its plates so it couldn't be identified. But the teen—who doesn't have his driver's license yet—agreed to turn himself in after officers called his parent's house. He initially faced fourteen charges, including ramming an emergency vehicle, assaulting a police officer, conduct endangering life and unlicensed driving. Instead, he will participate in a drug education program with strict requirements, including weekly check-ins with police. (https://bit.ly/2LPLIBL)

Trina Parks, who made history as the first black woman to portray a “BOND GIRL” in the film “Diamonds Are Forever,” spoke out against the casting of a black woman as the new James Bond. She says the role was written by Ian Fleming for a man and hates that Hollywood is ruining fantasy stories by injecting gender politics into everything. A lot of people agree with her but this is only gonna cause controversy. (https://dailym.ai/2Z3zxVF)

Taylor Swift shared footage on Instagram of rehearsals for her remake of the film “CATS.” (https://nyp.st/2GfRnNK)

SCOOP OF THE DAY: Brought to you by BetterCreditCards.net
Organizers were forced to cancel the OZY Festival in New York City this weekend because of the high temperatures. (https://pge.sx/2YjsV8q)


Dr. Drew Pinsky is warning that there could be a breakout of bubonic plague on the streets of Los Angeles because of all the drug infested homeless people.
(https://bit.ly/2KoT91O)

A video has gone viral of a New Jersey woman who accidentally drove her new car into a lake. People are making fun of her driving skills.(https://bit.ly/2xRJXfb)

A video has gone viral of a raccoon that got stuck inside a basketball hoop in Los Angeles. They cut it out and it ran off into the streets of LA. Authorities issued a rabies warning. (https://bit.ly/2LpEiG1)

The internet continues to celebrate the onstage reunion between Paul McCartney and Ringo Starr at Dodgers Stadium. This is a huge deal.
(https://bit.ly/2NUQY9R)
A School Teacher was arrested in the Bronx after she was caught hiding under the bed of her teen lover when his parents came home.
(https://nyp.st/2M5ru6U)

An Indian woman gave birth to a three headed baby over the weekend.
(https://bit.ly/2y3fRp3)

FUN FACT FOR YOU:
Share this with your friends... they'll think you're really smart!
Barnacle geese jump off cliffs when they’re just a day old. In order to keep their babies safe from predators, barnacle geese make their nests on hard-to-reach cliffs that are hundreds of feet high. However, the mother geese can’t provide their babies with food in the nest and the newborn birds need to eat within 36 hours of hatching. Therefore, the goslings, who still cannot fly, have to leave their perch, which means jumping from staggering heights when they’re just a day old. While some of the little geese don’t survive the ordeal, David Cabot, an adjunct professor at Ireland’s University of Cork, told National Geographic that the chicks are usually able to make the jump due to the fact that “they are light and fluffy, often appearing to bounce off rocks as they fall.”


WEIRD NEWS: Brought to you by WeirdGiftOfTheDay.com
A McDonald’s customer who complained that her french fries were cold.... fired a gunshot into the floor of a Georgia restaurant and then led cops on a car chase before being apprehended. 27-year-old Lillian Shantel Tarver yesterday afternoon ordered food from the McDonald’s in Garden City, a Savannah suburb. But Tarver was not happy with her meal since, she said, the french fries were not hot. Tarver, who had a gun in her hand, demanded a refund. As a worker went to retrieve a new order of fries, the McDonald’s owner opened a cash register and told the armed Tarver to take what she wanted. After allegedly grabbing some cash from the register, Tarver fired a round into the kitchen floor and fled the McDonald’s. After a short pursuit, Tarver was arrested by Garden City Police Department officers. (https://bit.ly/30PfB9q)

A Chicago tourist who was angry she didn’t have a FastPass to Tower of Terror ended up punching a Disney World cast member in the face and began pushing buttons, which the employee warned could have affected the ride. The attack began in the evening of July 13th when the Chicago woman and her group were upset their FastPasses weren’t valid for the popular ride at Tower of Terror that often draws a long wait at Hollywood Studios. On her podium phone, the worker called for a supervisor to request security. That’s when the Chicago woman “began pushing buttons on her ride podium.” The Disney worker asked the Chicago woman to stop and when she was ignored, she pushed the tourist’s hand away from the buttons. She then got punched in the face. The woman and her group left Tower of Terror as the worker spoke with security. But they were soon found by security. Luckily for the perpetrator, the Disney worker didn’t want to press charges.(https://bit.ly/30T5voc)
THESE THREE THINGS!
What do these 3 things have in common:
Oboe, clarinet and saxophone?
(Reed Instruments)