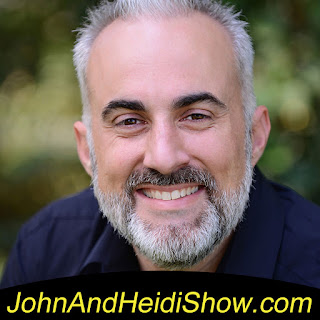 Tody we talk with Stephen Kendrick. The new film from the Kendrick brothers, OVERCOMER, releases TODAY. Their last film, WAR ROOM, made national news for weeks after its release when it surprised Hollywood by becoming the #1 movie in theaters in its second week.

OVERCOMER SYNOPSIS:
Life changes overnight for coach John Harrison when his high school basketball team’s state championship dreams are crushed under the weight of unexpected news. When the largest manufacturing plant in town suddenly shuts down and hundreds of families begin moving away, John must come to grips with the challenges facing his family and his team. Urged by the school’s principal to fill-in and coach a sport he doesn’t know or like, John is frustrated and questioning his worth… until he crosses paths with a student struggling with her own journey.

Filled with a powerful mix of faith, a twist of humor, and a ton of heart, the Kendrick Brothers return to theaters with OVERCOMER, their newest feature following FACING THE GIANTS, FIREPROOF, COURAGEOUS, and the #1 box-office hit, WAR ROOM. The inspiring family film stars Alex Kendrick, Priscilla Shirer, Shari Rigby, Cameron Arnett, and introduces Aryn Wright-Thompson.

Opening nationwide on August 23, OVERCOMER dares to leave you filled with hope, inspired to dream, and asks the question: what do you allow to define you?

A study by the KISI Research Center found that Washington, D.C. was the most overworked city in the country. Oddly enough, San Francisco and New York were two of the cities with the best balance between work and life.
(https://cnn.it/2YUqENn)

An employee at Ferry Pass Middle School in Florida has been arrested on several drug charges. An arrest report says 44-year-old Mary Katherine Sams Mundy was pulled over during a traffic stop on July 29th. According to the report, deputies with the Escambia County Sheriff’s Office found numerous bags of what they believed to be narcotics on the floorboard. Court documents say the suspected narcotics tested positive for heroin, cocaine, and methamphetamine. The report adds that a backpack was found carrying approximately twenty unopened syringes, along with a silver plastic bag with a small amount of marijuana. Deputies added that Mundy’s driver’s license had expired in July. She told deputies that she did have an up-to-date license, but it wasn’t with her at the time. According to Escambia County Deputy Superintendent Norm Ross, Mundy is on suspension with pay pending the sheriff's investigation. And according to Mundy's arrest report, she is a teacher at Ferry Pass Middle School. (https://bit.ly/33wWram)

Dwayne “The Rock” Johnson married longtime girlfriend Lauren Hashian in a secret ceremony in Hawaii over the weekend. (https://pge.sx/30d7wvn)

Katie Holmes and Jamie Foxx have broken up after six years of dating.
(https://pge.sx/31PwqS5)

SCOOP OF THE DAY: Brought to you by BetterCreditCards.net
A growing trend called “Forest Therapy” is sweeping the nation and prompting more couples to walk in the woods. (https://bit.ly/2Z58ihq)

A British study found that pig-hearts could be transplanted into humans within three years. (https://bit.ly/2MvwBi7)

A New Jersey woman burnt down a man’s house after he called her to come over and have sex, only to fall asleep when she got there. She told police they weren’t dating. (https://bit.ly/33J8fXc)

The NYPD arrested a homeless West Virginia man who sparked a bomb scare in the subway last week. (https://on.wsj.com/2KIw3mU)

Taco Bell is testing a hash brown filled breakfast Burrito in Nashville. If it works, they plan to sell it everywhere in America. (https://bit.ly/2KMbBl3)


FUN FACT FOR YOU:
Share this with your friends... they'll think you're really smart!
Earth Gets Very, Very Cold. It may not surprise you that Antartica is the coldest place on the planet, but what might surprise you is just how cold it gets there—temperatures on the East Antarctic Plateau have been found to dip to minus-133.6 degrees Fahrenheit, drawn from data acquired by NASA and the U.S. Geological Survey.
Antarctica Temperatures Can Get Up Into the 60s. In 2015, the highest temperature for the Antarctic Continent was recorded—63.5 degrees Fahrenheit, recorded on the Argentine Research Base near the northern tip of the Antarctic Peninsula, according to the World Meteorological Organization.

A video has gone viral of a British motorcycle racer flying off his bike at one hundred and ten miles an hour. The biker’s name is Luke Mossey and he shared the video on Instagram. Luckily, no one was hurt in the incident. (https://bit.ly/2Mu8Pmq)


WEIRD NEWS: Brought to you by WeirdGiftOfTheDay.com
A Florida Man used a front-end loader to dump a bucket of dirt on the vehicle his girlfriend drove to a meeting with him. Cops charge that 20-year-old Hunter Mills met last Thursday with the woman on a road adjacent to Phil-dirt Inc., an Okaloosa County excavation firm that sells top soil and assorted landscaping materials. After the woman arrived at the meeting site in a white 2010 Cadillac, Mills “approached in a front-end loader with a load of dirt in the bucket.” According to investigators, when Mills’s girlfriend “refused to answer a question,” he proceeded to commit a felony. “The defendant dumped the dirt on the driver side half of the vehicle, causing scratches to the top, hood, and trunk,” reported cops, who added that, “The window was down during the incident, which caused dirt to fill up the air vents, center console, and power windows.” Mills reportedly confessed to the dirt dump, claiming that he “did this in an attempt to get the woman to leave him alone.” That explanation did not stop sheriff’s deputies from arresting Mills on a felony criminal mischief charge.(https://bit.ly/33CU3PF)

A Fort Myers, Florida woman who pulled a foot-long alligator from her pants during a traffic stop in Charlotte County in May and had more than forty turtles in a Teenage Mutant Ninja Turtles backpack pleaded no contest to multiple charges Wednesday in Charlotte County. 26-year-old Ariel Michelle Marchan-Le Quire was a passenger in a pickup pulled over for failure to stop for a stop sign on Oil Well Road in Charlotte County. The driver of the 2013 Silverado told deputies that he and Marchan-Le Quire had been trying to collect frogs and snakes from a nearby underpass. When deputies searched the truck, they found forty-two striped mud turtles and a softshell turtle in the cartoon character backpack at Marchan-Le Quire's feet. She pulled the gator from her pants when deputies asked if there was anything else in the truck. She was found guilty by the court on all counts and sentenced to twenty-four months’ probation. She will also have to complete 200 community service hours and make a $500 donation to the FWC's Wildlife Alert Fund. (https://bit.ly/2KyGAkm)

THESE THREE THINGS!
What do these 3 things have in common:
Water, Oil, HG (Answer: Wells)