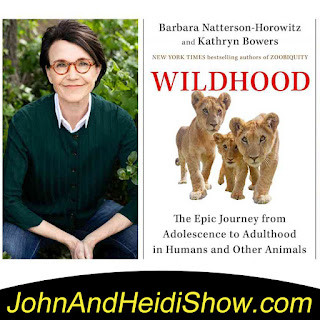 A Gallup survey found that 49% of Americans think a recession is coming in the next year. (https://bit.ly/2l6MXRT)

BRAIN ON DRUGS:
Brought to you by TimeForRehab.com! Each day we talk about people doing dumb things under the influence, but addiction is no laughing matter… if you or someone you know needs help, we're here to help! You can learn more at TimeForRehab.com.
He was hoping for a snack but it didn't go well — he fell — and now he's inside a jail cell. Just before 11:00 p.m. last Thursday, police in Manitoba were called about a man “acting weird” on Victoria Avenue. When officers arrived, they found a “very intoxicated” man who had fallen off his bicycle and spilled his snack of nachos and cheese all over him. A check on his name revealed a warrant for his arrest had been issued by Calgary police for a sexual assault. The 39-year old man is now behind bars waiting for the Calgary Police Service to arrange to send him back to Alberta.(https://bit.ly/2m3DJpV)

Christie Brinkley denied Wendy Williams’ claim that the she faked her arm injury in order to get her daughter Sailor onto “Dancing With The Stars.” (https://bit.ly/2mbM6zB)

Revised box office numbers found that “Downton Abbey” took in $31 million dollars during its box office debut.(https://dailym.ai/2mfXrOZ)
SCOOP OF THE DAY: Brought to you by BetterCreditCards.net
A study found that the average person lists their happiness at a six on “a scale of one to ten.”(https://bit.ly/2liUGN5)

Five people suffered minor injuries after a shooting broke out at a Kansas City swinger’s club. Luckily, all the swingers got away in a hurry. (https://bit.ly/2mRFiaD)

Police in Australia are using “Artificial Intelligence Cameras” to ticket drivers who are texting on their cell phones.(https://bit.ly/2n09n8h)

A British mom sat in on her son Harley’s math class to embarrass him into behaving better. (https://bit.ly/2kSKp9V)

A video of two men driving their SUV inside of an Illinois shopping mall has gone viral. (https://cnn.it/2mvxify)

FUN FACT FOR YOU:
Share this with your friends... they'll think you're really smart!
7% of American adults believe that chocolate milk comes from brown cows. I know 7% doesn’t sound like a lot, but that actually works out at 16.4 million American adults.


WEIRD NEWS: Brought to you by WeirdGiftOfTheDay.com
An Ohio man has been charged with burglarizing more than three dozen Taco Bell restaurants. 29-year-old Joshua Logue is a former Taco Bell employee accused of breaking into Taco Bells across Kentucky, Ohio, and West Virginia. Logue allegedly burglarized five Taco Bell restaurants in Lexington, according to Lexington Police Department spokeswoman Brenna Angel. The Lexington burglaries happened in the early morning hours of August 6th. Video evidence showed the suspect wearing the same clothing and driving the same car during the various Taco Bell burglaries. He was arrested earlier in September in Ohio, where he remains held in the Franklin County Corrections Center. Angel said warrants for multiple counts of third-degree burglary and criminal mischief related to the Lexington cases are now active for Logue. (https://bit.ly/2mnie3j)

According to prosecutors, a man arrested in June for allegedly dropping explosive devices in an eastern Pennsylvania community via a drone was targeting his ex-girlfriend's home. 44-year-old Jason Muzzicato was taken into custody in Washington Township in Northampton County by the FBI and local authorities after he was linked to the explosions. Evidence at his home and his business, Bangor Motor Works, tied him to several explosions in the township since March. While his motive was initially unclear, prosecutors now say Muzzicato allegedly used a drone to drop explosive devices onto his ex-girlfriend's property. He hasn't been charged with detonating any explosives, but currently faces charges of knowingly operating an aircraft, the drone, without registration. Investigators found seven improvised explosive devices and nine firearms, including “multiple AR-15 rifles and semi-automatic pistols,” in Muzzicato's possession. Muzzicato's attorney is reportedly looking into a plea agreement. (https://fxn.ws/2kUQrqu)

THESE THREE THINGS!
What do these 3 things have in common:
MARK TWAIN--ERNEST HEMINGWAY--A SKYSCRAPER?
(They have STORIES)