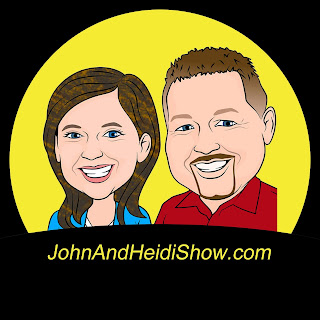 SURVEYS, STUDIES & SUCH: Brought to you by BetterCreditCards.net
A study by the CDC is warning that there are two different types of vaping epidemics striking our country. (https://bit.ly/2lWykRe)
THIS IS YOUR BRAIN ON DRUGS:
Brought to you by TimeForRehab.com! Each day we talk about people doing dumb things under the influence, but addiction is no laughing matter… if you or someone you know needs help, we're here to help! You can learn more at TimeForRehab.com.

According to a court complaint, an underage collegian who was caught drinking booze in an Iowa bar is facing a phony ID charge after cops reported spotting a “fake Hawaii ID with the name ‘McLovin,’” in his wallet. During a 12:30 a.m. check at the Airliner Bar in Iowa City, cops questioned Daniel Burleson “while he had an alcoholic drink in his hand.” 20-year-old Burleson admitted that he was enjoying “a mixed drink containing vodka.” After the University of Iowa business student was escorted from the premises, he gave police his ID, which showed that he was under 21. When cops then asked Burleson for his fake ID, he denied having one. Burleson then took out his wallet and began shuffling through it, the complaint states. That was when “police could see the defendant’s fake Hawaii ID with the name ‘McLovin’” and a June 1981 date of birth. Burleson--who reportedly smelled of booze and had slurred speech and bloodshot eyes--was charged with possession of a fake ID and public intoxication, both misdemeanors. (https://bit.ly/2M6YXNZ)
BIG SCREEN-LITTLE SCREEN: Brought to you by ChannelSurferTV.com

Warner Bros. announced yesterday that Paul Dano has signed on to portray the Riddler in the next “Batman” reboot. His character will terrorize Batman through riddles designed to trick and catch the superhero. The role has previously been portrayed by Jim Carrey and Frank Gorshin. Dano most recently earned an Emmy nomination for his work in the Netflix series “Escape at Dannemora.” His film credits include “12 Years A Slave,” “Little Miss Sunshine” and “There Will Be Blood.” The “Batman” reboot is scheduled for a June 25, 2021, release. SCOOP OF THE DAY: Brought to you by SingleStudentLoan.com

Since Halloween is a little over a week away we're sharing some spooky survey results. 85 percent of Americans plan on celebrating Halloween this year with 71 percent stocking up on sweets by buying more candy than they need for the hauntingly fun night.


The survey polled a cross-section of 3,099 adults, aged 18 and over, on their Halloween spending habits.

Read the survey results, if you dare…

Ghoulish Expectations
39 percent of respondents expect to spend the same amount of money this Halloween as five years ago.

With costumes being the biggest expense, nearly three out of four respondents (72 percent) re-wear costumes to save money (48 percent) or because they loved it too much (33 percent).


Cost per costume:
The overall cost of Halloween (i.e. candy, decorations, costume):
Trick-or-Treat!
Beware children: 78 percent of parents admit they steal candy from their kid’s Halloween haul with 28 percent eating more candy than their own kids.

On average, how much of your child’s candy haul do you keep for yourself?

Favorite Halloween candy:
Spooky Savings
As most holidays tend to be costly Americans are constantly looking for ways to save money, with most (82 percent) shopping sales and deals.


Tops ways to save money on Halloween:
Before you spend a grave amount on a costume, stock up on candy at full-price or purchase (another) jack-o-lantern, find some tips below that will save you money this Halloween
FUN FACT FOR YOU:
Share this with your friends... they'll think you're really smart!
A baby octopus is about the size of a flea when it is born. You would think this would make them hard to spot, however since eggs are laid by the tens of thousands, it would be hard to miss a massive cluster of pea-sized octopuses!

NEWS HEADLINES.... FROM SOMEWHERE IN THIS WORLD!
Dateline.... Austraila

A 14-year-old suspected car thief’s night ended in the worst way possible when he crashed into a Lamborghini SUV while fleeing the police. Western Australia police were on the lookout for a stolen Subaru Forester when they spotted it driving through a suburb near Perth. After they pulled it over, the car “reversed at speed” into their pickup and sped away. But he didn’t get far. Just a few blocks away, he ran an intersection and T-boned a yellow Lamborghini Urus worth over $250,000, bashing into its driver’s side door and crushing the front of the Subaru. Police said the teen then tried to flee the scene, but was quickly apprehended. Police charged him with four counts of stealing and two counts of aggravated burglary. No injuries were reported in the incident. (https://fxn.ws/2MvmHvt)
WEIRD NEWS: Brought to you by WeirdGiftOfTheDay.com
A man dressed as broccoli was led away by police in connection to Extinction Rebellion protests in London on Sunday. The man, who wore green face paint, a suit, and a floret-style hat, had previously been seen holding a sign reading: “I'm locally sourced and environmentally friendly.” A witness to the apparent arrest said on Twitter: “My favorite thing about working on Oxford Street and whatever was happening today is getting to see a guy dressed as broccoli being arrested.” More than 1,300 people have already been arrested in the protests, part of an “international rebellion” with action taking place in cities around the world. Extinction Rebellion said dozens of activists are expected to appear in court this week, including trials connected with previous action in April.
(https://bit.ly/2VWj6K1)

Two California men accused of stealing $50,000 worth of cheese products have been arrested. On August 22nd, the police department began to look into a theft from the Leprino Foods Plant. Leprino Food officials told officers that they believe the theft of products had been ongoing since 2017. Detectives were able to find that the stolen product was being sold through social media, door to door, and in different flea markets throughout California. Several search warrants were served in Tulare and Kings Counties, where a large amount of stolen product was recovered. 24-year-old Jairo Mariano Osorio Alvarez was arrested and booked into the Kings County Jail for being in possession of stolen property. 34-year-old Roderick Domingo Ransom was arrested and booked at the Kings County Jail for grand theft and embezzlement. (https://bit.ly/35NHWjD)

FAKE NEWS.... OR FLORIDA?!
I read a headline and Heidi (and you) need to guess if the story is FAKE NEWS or something that really happened in the state of FLORIDA.
A Weston woman was arrested for driving 70 mph with her boyfriend clinging to the hood of the car and talking on the phone ….. FLORIDA (https://goo.gl/kLRV7h)
Newer Post Older Post Home