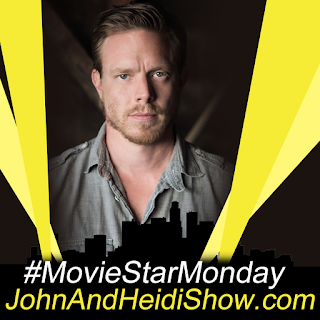 The owner of a Georgia chain of taco shops also served up large quantities of methamphetamine. Adolfo “Flaco” Mitchell, who owns several Flacos Tacos restaurants in Chatham and Bryan counties, was charged last week with conspiring to have crystal meth shipped to him from across the country to distribute it throughout the region. 34-year-old Mitchell also directed others to take the meth and distribute it in other states, including Virginia, a spokesman for the Chatham-Savannah Counter Narcotics Team told the newspaper. Mitchell was initially arrested in March 2018 when marijuana and two firearms were found in his car during a traffic stop conducted by the Georgia State Patrol. A child was also in Mitchell’s vehicle at the time. A grand jury indicted Mitchell on the gun and drug charges in April, as well as for using a minor for an illicit transaction and furnishing a pistol to a minor. Mitchell was arrested on those new counts in May and posted bail. Mitchell surrendered to police Thursday after being indicted on the latest charges. Mitchell remained in custody at the Chatham County Jail as of Tuesday.(https://bit.ly/2NKqVjn)

Netflix is canceling that revival of “Mystery Science Theater 3000” after two seasons. Host Jonah Ray announced the cancellation yesterday on Twitter. Prior to its two seasons on Netflix, MST 3000 aired on Comedy Central and then Syfy from 1988 to 1999.

NBC facing allegations of racism and other issues on the set of “America's Got Talent” following last week's removal of Gabrielle Union as a judge. Union said staff complained that her hair was “too black” and she felt retaliated against for taking issue with Jay Leno, who appeared as a guest and joked that a painting of dogs looked like something “on the menu at a Korean restaurant.” Yesterday, Variety and Vulture both published articles detailing a “toxic environment” at the show.

SCOOP OF THE DAY: Brought to you by SingleStudentLoan.com
There are now over 700,000 active podcasts in the United States.
(https://bit.ly/33nKHGf)

New York City’s Governor’s ball is going to limit teenage attendance after a disastrous showing at this year’s event. (https://pge.sx/35ABvzz)

Papa John’s former CEO John Schnatter told reporters that he’s eaten forty pies from the chain in the past month and determined that the pizza just isn’t as good since he left. (https://bit.ly/2R063qi)

Ohio Police busted two Amish men who had a stereo system and a twelve-pack of Michelob Ultra inside their buggy.(https://cnn.it/2lUntrd)

Former “Motley Crue” Drummer Tommy Lee posted a video to the internet that appeared to show his famous “male member” on the lips of his new wife.
(https://pge.sx/2mlRqAs)

A Whitney Houston hologram tour is slated to kick off in Europe in January of 2020. (https://bit.ly/2lWsnUD)

Taylor Swift told Rolling Stone Magazine that she’s now “obsessed with politics” and that Democrats “need to stick together” in order to win in 2020.
(https://bit.ly/2kpFoW7)

Backstreet Boy Nick Carter says he filed a restraining order against his brother Aaron Carter because of his obsession with guns. (https://pge.sx/2kJ7xI6)

FUN FACT FOR YOU:
Share this with your friends... they'll think you're really smart!
There has never been a verified snow leopard attack on a human being. Unlike many other big cats, snow leopards are not aggressive towards humans. They are very reclusive creatures, and even if they are disturbed, they are more likely to run away than to attack.


NEWS HEADLINES.... FROM SOMEWHERE IN THIS WORLD!
Dateline.... North Korea.International Weapons Experts are warning that North Korea could have forty nuclear bombs by the end of the year. You only need one nuclear bomb to blow up the world. (https://bit.ly/2kIZ0F7)


WEIRD NEWS: Brought to you by WeirdGiftOfTheDay.com
A South African woman suffered serious injuries after a massive truck rolled down a hill and landed directly on top of her car, flattening it and trapping her inside, police said. The unidentified 26-year-old woman was in her car, in the city of Port Elizabeth, at about 2 p.m. on Tuesday when a truck's brake apparently stopped working. Parked by its driver as he picked up his kids from school in the area, the truck rolled away, over a ledge and onto her car down below. A 26-year-old woman suffered serious injuries after a truck landed on top of her car in South Africa on Tuesday. “When he returned to his truck, he noticed it was no longer parked where he had left it," Sandra Janse van Rensburg, a police captain in the area, told HeraldLive. "He then noticed that the truck had rolled forward and collided with an Opel Adam that was traveling in Diaz Road towards CJ Langenhoven Drive." The woman was trapped inside her car for almost 40 minutes, the BBC reported. Photos of the accident show the woman's car nearly flattened. "The truck was squashing both her and her car. Parts of it had to be cut off in order to free her," Shawn Herbst, a spokesman for emergency rescue service Netcare 911, told the news outlet. Rescuers used hydraulic tools to remove the woman from the car. One she was freed, she was transported to the hospital with multiple injuries, including fractures, authorities said. The truck driver, who was not identified, is said to be under investigation for reckless and negligent driving.
https://www.foxnews.com/world/south-africa-truck-accident-woman-crushed

A group of Argentinan students who parodied the popular song "Barbie Girl" with their own rendition of "Nazi Girl" sparked so much outrage that their teacher ended up fired and their school was forced to apologize. The students, who attend the private Escuela Modelo of San Juan, made the video for a history class assignment. In the video, which has since been posted online, the students are dressed as Nazis as they sing, "I'm a Nazi girl, in a Nazi world." The video begins with a male student dressed as Adolf Hitler, and makes several references to what happened to the Jewish people in Nazi Germany. Students dressed up as Jews and homosexuals are knocked over or humiliated in the clip. "You must behave, or you are gonna die," the students sing in one scene, as they open up an oven. Other lyrics include, "Come on Jews, let's go [to the] camps," and "Come on Joseph, let's make soap." The school on Saturday released a statement apologizing to the local Jewish Community Center, and other groups that were included in the video, according to The Times of Israel. The students reportedly received 9 out of 10 points on the assignment. Local media reported the teacher in charge of the class was fired from the school. Thousands of Nazi officers and collaborators escaped to Latin America, particularly Argentina, after the fall of the Third Reich.
https://www.foxnews.com/world/argentina-students-barbie-girl-nazi

A Pensacola Man became an internet celebrity after his GIANT NECK made him the subject of a million jokes on Social Media.
FLORIDA - (https://goo.gl/WFkT6N)