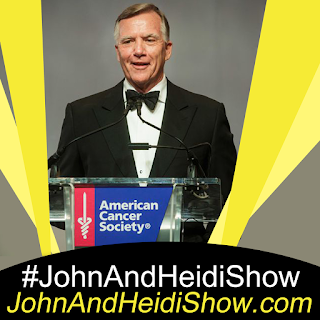 A survey by Michigan State University found that having an optimistic partner can help stave off dementia.(https://yhoo.it/3bxeilx)

THIS IS YOUR BRAIN ON DRUGS: Brought to you by TimeForRehab.com!
Each day we share stories about people doing dumb things under the influence, but ADDICTION IS NO LAUGHING MATTER! If you or someone you know needs help, we're here! Learn more at TimeForRehab.com.
A Florida man is facing charges after he was caught bare naked in someone else’s bed. Deputies said convicted felon John Lyles broke into a Naples home early Wednesday morning while victim Brandon Hall was getting something from his car. “I walked in the house and I hear voices, you know, just thinking it’s the TV or something,” Hall said. The sound was coming from Hall’s bedroom. “When I opened my door, my stuff is on the floor and there’s just a naked guy sitting on my bed. I mean there’s no other way to put it,” he said. Bare naked in Brandon’s bedsheets was 38-year-old John Lyles. A stranger who had broken in. “He kept saying that he lived here and next thing you know he said that someone had sent him here. And we don’t really know anyone around here,” Hall said. Hall rushed outside and called 9-1-1 while Lyles made himself at home and even tossed a PlayStation 4 out the same window he broke in from. When Deputies arrived and arrested Lyles, they noted that he admitted to smoking crack cocaine earlier. (https://bit.ly/3bjDT1o)

Will Ferrell and Julia Louis-Dreyfus return to theaters in the movie “DOWNHILL.” The dramedy tells the story of a couple who barely survive an avalanche and have to reevaluate their lives. (https://bit.ly/3bzJTmI)
SCOOP OF THE DAY: Brought to you by FunkyMonkeyShirts.com

Worried that her dog might have swallowed her missing engagement ring, a woman in South Africa (Pretoria) brought her German short-haired pointer puppy to an animal hospital. There, her fears were confirmed: Pepper the dog really did have it in its stomach. Veterinarians gave the dog medicine to induce vomiting. The medicine then took effect and did it’s stuff, and up came the engagement ring. https://www.facebook.com/vfah.info/posts/2787280271331788?__tn__=-R

Christmas is months away, but the toy industry is already looking at the tea leaves. More than 7,000 toy, game and puzzle vendors will vie for the attention of more than 17,000 buyers at the annual Toy Fair starting Sunday in New York.

Fourteen Americans who were evacuated from Japan by plane are stricken with the coronavirus. (https://bit.ly/3bL57OJ)

A technical error caused the Mayo Clinic to accept all 360 of its applicants via email, but the prestigious medical school can only take 46. (https://cnn.it/2whOauT)

The famed "Typhoid Mary" infected more than 50 people by cooking for them. "Typhoid Mary" was a real historical person who became notorious in the early 1900s. She was an Irish woman named Mary Mallon who immigrated to the United States in the 1880s. Though she had no symptoms of typhoid fever, she carried the bacteria in her blood and could pass it on to other people. Because no doctor could convince her that this was true and she didn't feel sick, she insisted on working as a cook. During her career, she infected at least 51 people, three of whom died, before she was isolated in enforced quarantine for the last decades of her life.

Dateline.... India
A bride in India asked for volunteers from the audience after her groom got cold feet and deserted her at the last minute. One man stepped up, her parents approved of him and the couple was married.
WEIRD NEWS: Brought to you by WeirdGiftOfTheDay.com

A Texas man says he ate only dog food for a month to prove a point and felt fantastic doing it. Mitch Felderhoff, president of Muenster Milling Co., went thirty days eating only his company’s dog food to prove it’s healthy for pets. “We’re not going to feed your dog something unless we’ve eaten it first,” Felderhoff said in a YouTube video documenting the month. In a video, Felderhoff stocked his family’s pantry with the company’s line of dog foods, including “elk patties,” making sure his dog Roxy knew which bags of food belong to him. While Felderhoff cooked his wife and sons’ chicken, burgers or waffles, he sat at the dining room table eating dog food. One of his sons did take a nibble of the dog food, then a bigger bite. While the first week was difficult, Felderhoff said he became accustomed to the new diet by the third week. (https://bit.ly/2T41uLo)
MOMENT OF DUH: Brought to you by SingleStudentLoan.com

A New York City subway passenger came up with an interesting way to maintain his personal space. In a tweet on Friday, journalist Pervaiz Shallwani shared a photo of an MTA subway car with ketchup all over the floor. “A straphanger in morning A train pulled a bottle of ketchup from his bag and squirted a perimeter on the train car floor to keep folks from crowding his seat,” he tweeted. In the photo, a woman sits beside the empty seat where the culprit sat before apparently fleeing the messy scene. Minutes later, the official Twitter account for New York City Transit caught wind of the tweet and responded: “Good morning. Do you have the 4 digit train car number the ketchup is in?” After Shallwani responded, transit authority tweeted back, “Thanks for letting us know. We’ll ask our maintenance team to clean this up ASAP.” One person used the bizarre moment to take aim at New York City’s favorite political punching bag – Mayor Bill de Blasio. “@BilldeBlasio’s @NYPDTransit laxity leads to this behavior,” the person tweeted. (https://bit.ly/38krJmY)
FAKE NEWS.... OR FLORIDA?!
I read a headline and Heidi (and you) need to guess if the story is FAKE NEWS or something that really happened in the state of FLORIDA.

Freshman Saves His Friend From Choking With The Heimlich