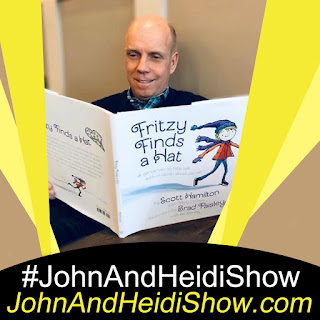 A survey by Brigham Young University found that students who are praised by teachers instead of punished will score 30% higher on tests. (https://bit.ly/31o0x4j)


THIS IS YOUR BRAIN ON DRUGS: Brought to you by TimeForRehab.com!
Each day we share stories about people doing dumb things under the influence, but addiction is NO LAUGHING MATTER! If you or someone you know needs help, we're here! Learn more at TimeForRehab.com.

A Tennessee man allegedly lit up and smoked a joint during his court appearance on a drug possession charge Monday. 20-year-old Spencer Boston addressed the judge and argued for new marijuana legislation moments before putting on a blunt act in Wilson County court. As he lit the doobie, the smell of weed wafted through the air and the courtroom burst into laughter. “One of the craziest things I’ve ever seen,” Wilson County Sheriff Robert Bryan told WTVF. Through a cloud of smoke, and in a joint effort, deputies led Boston out of the courtroom. He was booked on a second charge of simple drug possession and was hit with ten days in jail for contempt of court.(https://bit.ly/2RE3Qkt)

A film called “Jumbo” focuses on people who have “objectophilia,” which is a romantic attraction to inanimate objects. The film focuses on a female theme park worker who’s in love with a Tilt-A-Whirl ride called “Jumbo.” (https://bit.ly/2O0l4X2)

Alyson Hannigan (How I Met Your Mother) hosts this new 4- week cooking competition, with judges Nacho Aguirre and Katie Lee, and a rotating third panel member. The competitors must transform Girl Scout Cookies into over-the-top edible art. The winner will get an outdoor adventure trip of a lifetime, and a year’s supply of Girl Scout Cookies. (Food Network)


A group of MIT researchers have developed a “smart wallpaper” that can boost the WIFI signal in your home by up to ten times. (https://dailym.ai/2Sf0Z0p)

Atari is launching a video game-themed hotel in Phoenix. (https://bit.ly/36SbQ5S)

Ratings were down for this year’s Puppy Bowl. (https://bit.ly/3b7zHlk)

Three quarters of Canadians DO NOT want to pay for Prince Harry and Meghan Markle’s security detail. (https://dailym.ai/2tpXJqC)

Former Actress Rae Dawn claims she slept with Mick Jagger when she was 15 and he was 33. (https://dailym.ai/36XfyeA)

Last Friday (January 31) is, according to research, the most popular day (in the most popular month) for people to quit their job, as those back in the saddle after the holidays find themselves staring at the year’s calendar and questioning the point of it all. For some, the urge may be fueled by a dread of keeping up the work routine after kids go back to school; for others it could be down to the fact January is a dull month.

Children's medicine once contained morphine. If you were a baby in the middle of the 1800s and you cried while teething, your parents might have given you Mrs. Winslow's Soothing Syrup. This "medicine" claimed that "it soothes the child, it softens the gums, [and] allays all pain." It may have done plenty of soothing, but it was also extremely dangerous—this concoction, like many patent medicines of the time, contained morphine.

Dateline.... England
A school teacher in the UK claims he beat the coronavirus with hot whiskey and honey. The man was hospitalized in Wuhan, China with flu-like symptoms in January. (https://bit.ly/2UibtyR)

According to a U.S. District Court filing, a time-strapped United States Postal Service worker who was unable to complete deliveries on his Virginia route rented a $49-a-month storage unit into which he dumped about 5,000 pieces of undelivered mail. Jason Delacruz, who began working as a postal carrier in June 2018, has pleaded guilty to a charge of delaying the delivery of mail. The 38-year-old Delacruz, who resigned his USPS job last year, is scheduled for a February 12th sentencing on the felony count. Delacruz’s scheme was disrupted when he was spotted “unloading mail into a public storage facility” in Virginia Beach. A witness “snapped several photographs of the postal employee and a picture of the license plate of the employee’s vehicle” and provided the images to postal officials. Delacruz, who denied stealing any mail, claimed that he “first intended to deliver the mail when he found time, but fell behind and was never able to do so.” He is currently free on a personal recognizance bond but faces a maximum of five years in prison for the mail stashing scheme. (https://bit.ly/2RQarIv)

A man was arrested Tuesday for allegedly swiping former NBA star Allen Iverson’s backpack that had $500,000 in jewelry in it at a Philadelphia hotel. The suspect, 20-year-old Christopher Daniel, surrendered to police in the city and is facing several theft charges. The former Philadelphia 76ers guard was at the Sofitel Hotel in downtown Philadelphia when Danial allegedly grabbed the bag from a chair on Monday morning and ran off. Iverson released a statement about the theft through a spokesperson Tuesday. “As of today, the jewelry that was stolen from Allen Iverson has been found and the suspect has been apprehended,” the statement said, according to Fox. “Allen thanks the Philadelphia Police Department along with the people of Philadelphia for their support in this matter,” he added. (https://bit.ly/2U5VdAP)

A Pompano Beach woman told police she shouldn’t get a DUI because her CAT was driving ….. FAKE NEWS