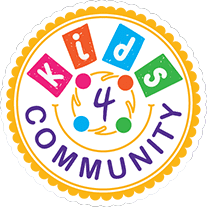 Kids4Community is a 501c3 founded by 15 year old track champ Kenan Pala. The mission of the organization is to help kids help the community by actively engaging them in volunteer work. Just last year alone, the nonprofit provided school supplies for low income and homeless San Diego students. The group also assembled over 5000 hygiene kits for the homeless. They made 2500 care packages for hurricane victims. Assembled over 3000 brown bag lunches to be distributed to homeless shelters, and generously served food for over 600 homeless people. On March 29 they host their 2nd Annual Volunteer Day. Offering a variety of stations including packing hygiene kits, and creating Eastern Gift Boxes and making “Spring cleaning bags” for low-income and homeless individuals in San Diego. https://kids4.org/
The Palas also have a 10 year old book writer in the family. All proceeds from the sale of this book benefit helping homeless families. https://amzn.to/2TXqjsE

SURVEYS, STUDIES & SUCH: Brought to you by BetterCreditCards.com
Researchers at the University of Arkansas found that coffee is better for solving problems than it is for boosting creativity.(https://bit.ly/2TxcMZW)

THIS IS YOUR BRAIN ON DRUGS: Brought to you by TimeForRehab.com!
Each day we share stories about people doing dumb things under the influence, but ADDICTION IS NO LAUGHING MATTER! If you or someone you know needs help, we're here! Learn more at TimeForRehab.com.
A Georgia man was sentenced Tuesday to 151 months in prison for illegally transporting methamphetamine and heroin inside children’s candy. 30-year-old Atlanta resident Cleveland James McKinney pled guilty to the charges last November, according to a press release from U.S. Immigration and Customs Enforcement (ICE). Authorities said McKinney traveled to Brandon, Mississippi from Atlanta in April 2018 to receive a drug shipment from Mexico. The drugs were hidden in shrink-wrapped, bulk-packaged children’s candy. McKinney was supposed to take the drugs back to Atlanta for delivery to his co-conspirator, Evelyn Michelle Hernandez. Unbeknownst to him, agents with ICE’s Homeland Security Investigations (HIS) had already intercepted the delivery and swapped the meth and heroin with a “false substance” inside the children’s candy packaging. He was arrested shortly after leaving Mississippi on his return trip. (https://fxn.ws/2HWN8Hm)

BIG SCREEN-LITTLE SCREEN: Brought to you by ChannelSurferTV.com
With Onward, Disney and Pixar have another hit on their hands. Pixar now has 22 films in its library and, according to a survey, Monsters, Inc. is the best of them all. https://www.vox.com/culture/2019/6/27/18715845/pixar-movies-rankings

Onward is the No. 1 movie in North America, earning $10.5 million over the weekend. Total box office ticket sales were the lowest since 2001.

Disney has postponed the releases of Mulan, The New Mutants, and Antlers out of “an abundance of caution.”

March Madness has been canceled.SCOOP OF THE DAY: Brought to you by InsuranceChicken.com

Chick-fil-A is bringing its dipping sauces to grocery stores for the first time. The fast-food chain will sell 16-ounce bottles of its signature Chick-fil-A and Polynesian sauces at all Target, Publix, Walmart, and Winn-Dixie stores in Florida beginning in April. (don't wanna wait? Here's some packets of the stuff available now https://amzn.to/3aQ08eq)

Sure she loves you. But does she trust you? A survey reveals she’s likely snooping through your phone. Three-quarters of the 1,000 women surveyed admitted they’ve looked through their guy’s texts and calls.

A company called “Preppi” is selling disaster kits for $4,995 that includes a “virus eliminating air purifier” and a respirator mask. (https://bit.ly/2Wg5JXp)

Former Florida Governor Andrew Gillum was found intoxicated in a hotel with a male escort who was arrested at the scene for crystal meth possession. (https://bit.ly/33l04Ay)

The people of Italy have been singing from their balconies to spread good will (https://cnb.cx/2TRh0vt)

Star Trek's Scotty stormed the beach at Normandy. Canadian actor James Doohan, best known for playing Montgomery "Scotty" Scott on the original Star Trek series, served in World War II with the 3rd Canadian Infantry Division. As a commissioned lieutenant, he led his troop up a mine-strewn Juno Beach as part of the Allied Forces' D-Day invasion. Later in the day, he was wounded by friendly fire that caused the amputation of the middle finger on his right hand. You might not have noticed it because, during his time on Star Trek, directors did the best they could to avoid showing the injury on screen.

Dateline.... GERMANYA German woman, fearful that a burglar was trying to break into her second floor apartment, called police after she heard someone climbing up to her balcony shortly after midnight. Police arrived just in time and found that the “burglar” was a man carrying flowers and a bottle of wine who turned out to be the woman’s boyfriend.

He made away with a lot of doughnuts — but no dough. A hatchet-wielding thief was only thinking with his stomach when he robbed an Oregon doughnut shop this weekend — stealing a box of treats but not a cent from the register. 40-year-old Christopher James allegedly barged into a Voodoo Doughnut location in downtown Portland around 3:40 a.m. Saturday, weapon in hand. James reportedly jumped over the counter and began stuffing a box with doughnuts. Nothing else was taken. The bakeshop, which is open around the clock on weekends, confirmed to the paper that no one was injured in the incident. Police caught the suspect red-handed about a block away, eating a doughnut and holding a pink box from the shop. He ran away, but cops chased him for about two blocks and arrested him. (https://bit.ly/339qZ2u)

Florida police report that a victim was struck in the head with a thrown McDonald’s McDouble burger during a domestic disturbance. Cops allege that Tyler Hardeman “engaged in a verbal argument with the victim” at a residence in Holiday, a Tampa suburb. During the 9:45 p.m. squabble, the 23-year-old Hardeman first “threw a McDouble at the defendant’s head,” a complaint affidavit reports. The McDouble hit the victim in the left ear, but did not cause injury. Hardeman also allegedly threw a vaping device, striking the victim in the left knee, causing “redness and lacerations.” When the victim sought to run from Hardeman, cops say he grabbed the victim’s shirt, “which resulted in the shirt being ripped off the victim.” Hardeman was arrested for domestic aggravated battery with a deadly weapon. Hardeman, who works as a packer at a liquor store, was booked into the Pasco County jail on the felony count. (https://bit.ly/2Qe0J1u)
FAKE NEWS.... OR FLORIDA?!
I read a headline and Heidi (and you) need to guess if the story is FAKE NEWS or something that really happened in the state of FLORIDA.

According to an arrest report, a Brevard County, Florida man was arrested for standing naked in his driveway and throwing rocks at passing cars. Brevard County Deputies were called to a Port St. John neighborhood Tuesday and found 34-year-old Duy Khanh standing nude in the driveway of his home. Deputies said there were multiple witnesses nearby who saw Khanh throwing rocks and hitting cars. Jail records show that Khanh is being charged with the exposure of sexual organs. (https://bit.ly/33cBfH8)GOOD NEWS: Brought to you by BetterCreditCards.com

A Maryland Family Is Giving Away Free Toilet Paper To Anyone In Need
https://www.sunnyskyz.com/good-news/3695/A-Maryland-Family-Is-Giving-Away-Free-Toilet-Paper-To-Anyone-In-Need