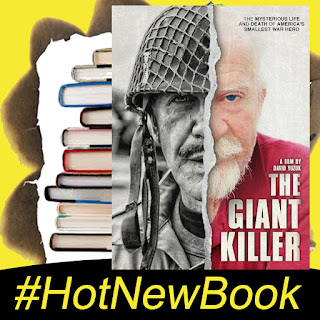 A Comcast Survey found that far more Americans are watching the news during the Coronavirus outbreak. (https://bit.ly/2STsv4O)

THIS IS YOUR BRAIN ON DRUGS: Brought to you by TimeForRehab.com!
Each day we share stories about people doing dumb things under the influence, but ADDICTION IS NO LAUGHING MATTER! If you or someone you know needs help, we're here! Learn more at TimeForRehab.com.
One dangerously bad decision after another. That’s what a 23-year-old Clearwater, Florida man is accused of making when he was arrested and charged with driving under the influence twice in a single week. The Associated Press reports Henry Davis was busted last Wednesday by Florida Highway Patrol after a trooper saw him get out of his car and start fighting with another driver. The trooper reportedly broke up the fight and noticed Davis was drunk. A breathalyzer test revealed his blood alcohol content was about twice the legal limit. Davis was taken to jail but released on his own recognizance, meaning he didn’t have to get bailed out. Then, just six days later, Davis was arrested – again – for allegedly driving drunk. This time, a Clearwater officer put him in handcuffs after another driver called police to report a reckless driver who nearly hit several cars. A Pinellas County judge gave him a $500 bond. He paid it and was released from jail. (https://bit.ly/3bbJ1n4)


“Shark Tank” host Mark Cuban sent a team of secret shoppers to the city’s reopened restaurants and found that 96% of them haven’t been strictly enforcing social distancing guidelines. (https://bit.ly/2WouUGT)

“Tiger King” Joe Exotic’s streetwear line sold out in within hours of its online debut, racking up $20,000 in sales. (https://bit.ly/2xTP5TF)

Bryan Adams went on an expletive filled rant against China’s wet markets in an Instagram Post to announce the cancellation of his residency at London’s Royal Albert Hall. (https://pge.sx/2YVBOov)

A Staten Island Man drove his BMW into an 84-year-old woman’s home on Mother’s Day. Oddly enough, there was no booze involved. (https://bit.ly/3dwkrig)

Portland has canceled its “World Naked Bike Ride” because of the Coronavirus.(https://fxn.ws/2YWKqeR)

U.S. Border Agents are apprehending a growing number of Mexican Immigrants who are trying to enter the country at the Canadian Border. (https://yhoo.it/3fxEVsK)

Actor Bill Murray uses a 1-800 number instead of an agent or manager. Bill Murray is famous for starring in movies like the original Ghostbusters (1984) and Groundhog Day (1993). But anyone in Hollywood who's interested in working with him must first navigate a somewhat strange situation in order to get his attention. That's because the star uses a mysterious 1-800 number instead of an agent or manager. "You just call the 1-800 number," filmmaker Theodore Melfi, who directed Murray in St. Vincent (2014), told USA Today. "You have to record the message and send the message. I started calling once a week … He never called back. I finally called his lawyer and said, 'I'm trying [to] reach Bill.' And he goes, 'What number do you got?' And I go, 'I've got the 800 number.' And he goes, 'Well, that's what I got.'"

India, authorities are looking — though not very hard — for the person who likes to break into homes and make the bed. Police say at least seven homes have been entered and in each case the person made the bed perfectly. In one home the person even washed the sheets before making the bed.

A 40-year-old Ohio man stripped naked in the middle of traffic claiming to be Jesus. The self-proclaimed naked holy man was reportedly showing off what his father God gave him in the area of Eagle Creek and Templeton road in Warren Township. When the Trumbull County Sheriff's deputies arrived on the scene, they found a naked, sweaty man running around. Actually, they said he was, “Sweating profusely.” He would only identify himself as Jesus Christ when the deputies attempted to question him. Then, Jesus lunged at the law enforcement officers. One officer had minor injuries and the suspect was transported to the hospital. The suspect did not show up for his recent court appearance and now has a warrant out for his arrest. He is charged with resisting arrest, disorderly conduct, and public indecency. (https://bit.ly/3csPtr4)