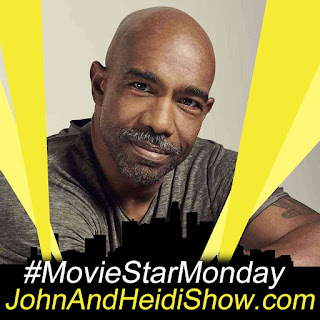 A study found that sharks are most likely to attack people wearing black and white, followed by black and yellow bathing suits — attesting to sharks’ abilities to see contrast.

THIS IS YOUR BRAIN ON DRUGS: Brought to you by TimeForRehab.com!
Each day we share stories about people doing dumb things under the influence, but ADDICTION IS NO LAUGHING MATTER! If you or someone you know needs help, we're here! Learn more at TimeForRehab.com.
A sleeping, drunken man drifted down a flooded Indiana river for more than seven miles before he was rescued by DNR conservation officers and a sheriff’s deputy. Officers and witnesses say the deputy and COs Neal Brewington, Jim Schreck, Dennis Talley, and Logan Hodges “very likely” saved the man’s life since he was passed out in a raft with a bottle of rum on his lap as he approached the Milltown Dam on the Blue River in Crawford County. Brewington and Schreck were the first to locate the man but were unable to reach him with throw bags or awaken him despite shouting and blowing a whistle from the bank. Fortunately, a Crawford County deputy spotted the man who had washed ashore a few miles above the dam. He eventually was able to reach him. (https://bit.ly/2AaoimS)

Here’s one for the “Tiger King” fans. Carole Baskin has been granted ownership of Joe Exotic’s Oklahoma Zoo after a judge ruled that he fraudulently transferred ownership to his mother to avoid paying Baskin $1 million dollars from a previous lawsuit. Joe owned that zoo for thirty years (https://bit.ly/3cvXiLU)

Hillsborough County Sheriff Chad Chronister confirmed that the will of Carole Baskin’s first husband was forged after he went missing in 1997. Multiple handwriting experts say someone copied Don Lewis’ signature off of a previous document. (https://bit.ly/30438BC)

The College Board is skipping plans to conduct a home version of the SAT Test because some students don’t have access to the necessary technology. (https://bit.ly/3csGNjS)

A Massachusetts man was busted for striking a highway worker with a giant pickle. (https://bit.ly/36YVI46)

A California man was arrested after police found him eating his dead grandmother. (https://bit.ly/2XXm3LN)

A Pennsylvania woman was arrested for stashing her grandmother’s dead body in a freezer so she could keep cashing her social security checks. She got away with it for FIFTEEN YEARS. (http://dailym.ai/2yPAOI5)

A Jacksonville man was arrested after reports that he mooned neighbors who asked him to stop mowing yards that weren’t his. 42-year-old Bradley M. Hayes was arrested at 7:50 p.m. on a disorderly conduct charge. Police were called because a man was mowing a yard that was not his property and when residents approached him and asked him to leave, the man stood up, pulled down his pants and exposed his buttocks, according to Jacksonville police Lt. Sean Walker. According to a police report, the act caused “multiple neighbors to be alarmed and disturbed by the actions.” (https://bit.ly/3eJNGyF)

A new lawsuit says that a New Mexico funeral home broke the legs of the body of a tall man so he could fit into a smaller coffin. The family of Dakota Powell filed last week a lawsuit in state district court against French Funerals and Cremations for allegedly mutilating his corpse and ignoring family instructions for a Jewish burial. According to the lawsuit, the 26-year-old Dakota was 6.3 feet tall, but mourners immediately noticed that the coffin was not even 6 feet long during services at French’s chapel in August 2017. The lawsuit, filed by Dakota’s father, also says the funeral home didn’t honor the family’s wishes and prepared the body for public viewing. The lawsuit says, “to the horror of Marc and Sally Powell (Dakota’s grandmother), and the other family members and mourners assembled, a funeral home employee callously stated that they had to disfigure and mutilate Dakota Powell’s body by ‘breaking his legs’ so he would fit in the coffin.” The family is seeking an unspecified amount in compensatory and punitive damages. (https://bit.ly/3gOtb5S)


FAKE NEWS.... OR FLORIDA?!
I read a headline, you guess if the story is something that really happened in the great state of FLORIDA or is it #FakeNews made up to trick you and amuse me
A Seminole County Man was attacked while taking a selfie with a squirrel ….. FLORIDA (https://bit.ly/2EXjWik)
GOOD NEWS: Brought to you by #GiftCardChallenge GiftCardChallenge.org