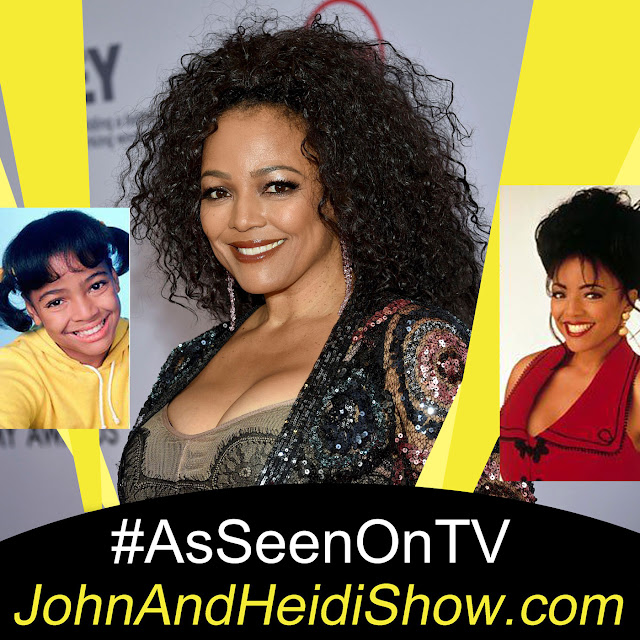 Today we visit with Kim Fields and Tressa Azarel Smallwood. They worked together on the film "Baby Blue" which was created for BET HER and can be seen on BET+

In 1979, Fields landed the role of Dorothy "Tootie" Ramsey on the hit show, The Facts of Life. In 1993, Fields returned to TV opposite Queen Latifah, in the Fox sitcom, Living Single.

A new study shows teens who vape are five times more likely to get infected with COVID-19. (https://bit.ly/2CsRwPk)

A Florida man arrested thirty times in Sarasota County was arrested in Charlotte County for several drug charges. Investigators secured a search warrant and the SWAT team raided his home on Spring View Avenue. Inside, they found Joseph Vine and Rachelle Hayes in the master bedroom. Detectives found a WD-40 can full of heroin and alprazolam pills. Inside a can of glass cleaner, investigators found meth, heroin, and methadone pills. The SWAT team also discovered $3,800 in a shelf unit and $37,000 inside a paint can in the bathroom. Vine has already had nineteen felony drug convictions on his record. After this arrest, he’s facing new ones including trafficking heroin, possession of a controlled substance, marijuana possession, and possession of drug paraphernalia. (https://bit.ly/3kJV1BY)

Wendy Williams has finally sold her New Jersey home that she shared with ex-husband Kevin Hunter for $1.3 million. Wendy divorced her husband in 2019 after twenty-one years of marriage. (https://pge.sx/2XXVnLT)

Ellen Degeneres was seen dining with Kevin Hart in Hollywood as rumors continue to swirl about a toxic work environment on her show. (https://pge.sx/2PX3HHg)

Eagle eyed fans of “Keeping Up With The Kardashians” noticed that Khloe Kardashian used an editing software called “Face Tune” to alter her image on a selfie she posted in May. (https://pge.sx/3avaTUh)

Amid fears of TikTok’s demise, Influencers are already reportedly fleeing the app. Many have actually started moving their viral videos to Instagram’s newest feature, Reels. They’ll join the other Instagram Influencers who are also viral.(https://bit.ly/3gYRduw)

Former “King of Queens” actress Leah Remini thinks that Tom Cruise is waiting until Suri Cruise, his 14-year-old daughter with ex-wife Katie Holmes, is older so he can indoctrinate her into Scientology. (https://bit.ly/2DUyvWh)

Netflix has a new documentary called “Biohackers” that follows silicone valley billionaires who inject blood from young people into their bodies to make themselves feel young. (https://bit.ly/3azPh9z)

Jennifer Lopez and Alex Rodriguez have purchased a $40 million dollar mansion in Miami. It’s fifty-one years old, but it’s had a ton of work done to make it look brand new. (https://pge.sx/3iTD0Qd)

Nabokov may be the real inventor of emojis. Russian author Vladimir Nabokov, the guy responsible for the classic novel Lolita, came up with the idea for smiley emoticons in 1969.

A Mediterranean Cruise Ship set sail for Genoa, Italy Monday in the first trip since the Coronavirus shut down the cruise industry. (https://yhoo.it/3iLQH3B)

Police at Munich Airport got a surprise during their search of a wooden box being transported by a 74-year-old passenger that turned out to contain the bones of the woman's dead husband. Customs officials, a doctor and prosecutors were called in, and they determined no crime had been committed. After questioning the woman and her 52-year-old daughter, police learned the pair were on their way from Greece back to their native Armenia via Munich and Kiev. The mother said her husband died in 2008 and was buried in Thessaloniki, Greece, and that she and her daughter decided to bring his remains home to a final resting place in Armenia. Following the short investigation, the two women were allowed to continue on their journey with the boxed remains.(https://fxn.ws/3g0DUbz)

A Long Island, New York criminal defendant tried faking his death to avoid a jail sentence, but the phony death certificate his lawyer submitted had a glaring spelling error that made it a dead giveaway for a fraud, prosecutors said Tuesday. 25-year-old Robert Berger of Huntington, New York, now faces up to four years in prison if convicted in the alleged scheme. That’s in addition to pending sentences for earlier guilty pleas to charges of possession of a stolen Lexus and attempted grand larceny of a truck — punishment prosecutors say he was looking to avoid. “It will never cease to amaze me the lengths some people will go to to avoid being held accountable on criminal charges,” Nassau County District Attorney Madeline Singas said in a telephone interview.(https://bit.ly/3kQl8ax)

A Brevard County Man told police he stole 75 POOL FLOATS so he could have RELATIONS with them ….. FLORIDA (https://bit.ly/2E0HbuF)

Woman Pulled Over For Speeding Receives Act Of Kindness From Police Officer
https://www.sunnyskyz.com/good-news/3922/Woman-Pulled-Over-For-Speeding-Receives-Act-Of-Kindness-From-Police-Officer