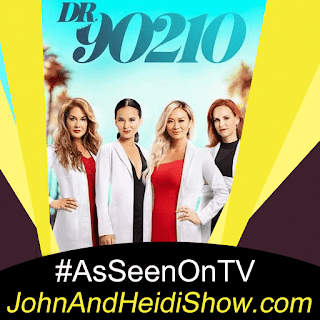 A new survey found that just 25% of employed Americans are working from home. (https://bit.ly/3cnlemn)

The CDC has labeled “trick or treating” a high-risk activity. (https://bit.ly/3hYlFo6)

An English bride-to-be has been jailed after claiming she sold heroin and crack-cocaine in order to pay for her honeymoon. 28-year-old Terrie Renwick was due to get married this month, but instead appeared before a court and was sentenced for her crimes. Renwick was found by police with her arm down the toilet after flushing the drugs on July 16th this year – the day her sentence for a previous class A drug conviction ended. She appeared at Liverpool Crown Court on Thursday, September 17th, via video link. Frank Dillon, prosecuting, told the court that officers raided her home. After finding the wife-to-be with her arm down the toilet ditching evidence, a quick-thinking police officer, formerly a plumber, traced the drugs through the system and retrieved a total of 220 wraps of heroin and crack cocaine from an external pipe. Renwick was arrested but gave no reply and when police seized her phone a number of known class A drug addicts got in touch with it. She was subsequently charged with two counts of possession with intent to supply class A drugs and possession of a taser. (https://bit.ly/2FRs082)

Leah McSweeney got a raise to $10,000 per episode for her second season of “The Real Housewives of New York.” (https://pge.sx/2RYlQpa)

A growing number of studios say the flu season is threatening Hollywood’s ability to return to work. (https://bit.ly/33VTv8f)

Hawaii was named the happiest state in America in a new survey. (https://bit.ly/3j1H2q9)

The Air Force is in the final stages of developing robotic assistants who will help pilots in the cockpit. (https://bit.ly/3jcaVUS)

Scientists are baffled by a large amount of dead squirrels that have been washing up on the shores of Lake Michigan. They believe the squirrels may have drowned from trying to cross a nearby river. (https://bit.ly/3cC2vDz)

NASA is trying to figure out why the International Space Station is leaking air. (https://bit.ly/36i4HPH)

Here’s some good news for those that like to drink heavily before going on a long run — it doesn’t affect your performance. Italian researchers filled 10 healthy people up with whisky before putting them on a treadmill until they reached their maximum heart rate. Two days later the same folks came back and took a jog, but this time completely sober. The results: Booze has no effect on exercise performance, stress hormone stimulation, and metabolism. However, two bad things that stem from drinking and exercising are impaired judgement and the risk of dehydration.

What professions chug the most coffee? A survey of 10,000 professionals found the biggest coffee addicts are journalists, followed by cops and teachers. Here are the professions that suck down the most java:

What’s the biggest cause of marital fighting? Money. So if you and your spouse fight over money, what makes you think lending money to a family member will have a happy ending? It won’t. According to a poll, 43% of readers who lent to family or friends weren’t paid back in full. And 27% never got a dime back.

In contrast to earlier studies, a new study says that winning the lottery CAN make you happier.

The Eiffel Tower was evacuated last week after false reports of a bomb threat.

A Florida man has been sentenced to ninety days of home detention and 288 hours of community service for his part in a trafficking scheme in which live water monitor lizards were stuffed into socks and concealed inside electronics to be smuggled from the Philippines to the United States. 44-year-old Akbar Akram was sentenced earlier this month in Tampa federal court. He pleaded guilty in January to one count of wildlife trafficking in violation of the Lacey Act and the Convention on International Trade in Endangered Species Treaty. Akram admitted to illegally importing more than 20 live water monitor lizards from the Philippines in 2016, a U.S. Justice Department statement said. He avoided customs authorities by placing the lizards in socks, which were sealed closed with tape and concealed inside electronic equipment and shipped under a false label. As part of his plea, Akram admitted that he knew the monitor lizards he received had been taken in violation of Philippine law and that the import violated U.S. law, according to the statement. (https://bit.ly/3j1AfN6)

An elderly woman was arrested yesterday after allegedly pushing and striking a male neighbor who refused to wear a mask inside an elevator at a Florida condominium. The confrontation Monday afternoon at the Oceana Oceanfront complex resulted in the filing of a battery charge against 71-year-old Suzanne Miller. Miller was released from the county jail after being booked on the misdemeanor count. According to an arrest affidavit, the victim told cops that Miller “became upset and started getting loud” when he declined to put on a mask. The man, who was returning to his apartment after retrieving mail in the lobby, said that Miller told him she “didn’t feel comfortable riding the elevator with someone who wasn’t wearing a mask.” When the man still refused to leave the elevator, Miller tried to push him out of the car and “started intentionally striking” the victim with a closed fist on his shoulder. A witness told cops that she saw Miller “striking the victim multiple times.” (https://bit.ly/3coboAL)

A pregnant Florida woman jumped into the water to save her husband from a shark attack. (https://bit.ly/3mROnej)

11-Year-Old Girl Finds Wedding Ring On Beach And Reunites It With Owner.
https://www.sunnyskyz.com/good-news/3975/11-Year-Old-Girl-Finds-Wedding-Ring-On-Beach-And-Reunites-It-With-Owner