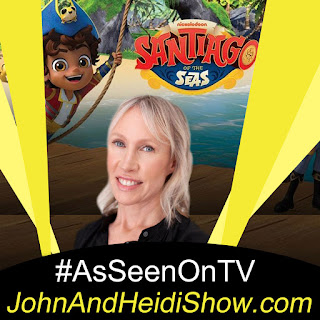 A new study from the University of Sydney found that drinking even a small amount of alcohol while pregnant can put a baby’s brain in danger.(https://bit.ly/3jwoVZG)

A survey shows 64 percent of adults are scared of bugs. Interestingly, men were more likely than women to be “very scared” of bugs — 32 percent vs. 22 percent.

In one day, a 23-year-old Ohio man was twice taken into custody by Westlake police for narcotics offenses. On September 26th, at 11:45 a.m., the man was found on the ground near King James Parkway. Good Samaritans were trying to help the man when police arrived. The man had slurred speech. While EMS assessed the man's condition, police found the man had suspected marijuana, syringes, acid, and other drug paraphernalia. The 23-year-old was taken to the hospital for treatment. Westlake police said charges against the man are pending results from a laboratory analysis of the suspected narcotics. Later that day, at 5:20 p.m., callers reported a man walking in the street. Police said it was the same 23-year-old. When the man saw officers, he tried to hide between homes. He was found and taken into custody, again, and taken to the Cuyahoga County Justice Center. Police said the man had outstanding felony warrants for probation violations. (https://bit.ly/3iz9X3y)

Fox News topped the big three networks of ABC, CBS, and NBC for the first time ever in the third quarter and is now the most watched network on TV. (https://bit.ly/33kCp5e)

“South Park’s” pandemic special is being called a surprisingly sincere episode about the kids wanting to get their lives back to normal. (https://bit.ly/3itc8Gd)

Meghan Markle and Prince Harry are being mocked for announcing their NETFLIX reality show less than one year after begging for their privacy. (https://bit.ly/3njQMhO)

An 85-year-old man in Germany was driving his farm tractor around town and collided with a streetcar. The man cursed the streetcar driver and then took off, leading police on a 10-minute chase — at 3½ miles per hour.

Thinking of giving your young child an allowance? Experts say ages 5-8 are considered a good time for starting allowances. One rule of thumb suggests 50 cents for every year of age. A 6-year-old would get $3 each week or month, depending on your budget. Hand over the allowance the same time each week. To keep track through the year, give your child 52 homemade IOUs to exchange for the weekly allowance. Experts are divided over whether to tie allowances to household chores.

Constipation is the ailment that kills the most fruit flies.

Scientists in the UK have developed a jet pack for paramedics that will allow them to reach sick and injured people in a matter of minutes. (https://bbc.in/3kUEH0L)

This sounds like an unhappy meal…a McDonald’s customer in Florida is suing the company after he says he was hurt biting into a Chicken McNugget. The man claims he cracked one of his teeth on a piece of bone inside one of the nuggets. Alexei Stolfat is suing McDonald’s for $1.1 million and is calling for a recall of all McNuggets. He ordered the food through Uber Eats from a West Palm Beach restaurant. Stolfat says he felt pain in his mouth and suffered headaches for three days after biting into the bone. After going to the dentist, he reportedly discovered that his tooth was cracked in two places and would need surgery to replace it. Stolfat reportedly has not hired a lawyer and filed the lawsuit on his own. According to the outlet, he has done legal work in his home country of Estonia, although he is not a licensed attorney. He reportedly said that if he wins, he plans on donating $1 million to charity. (https://fxn.ws/2FNt1Oz)

A Texas woman has been sentenced to 54 months in federal prison for stealing millions of dollars in merchandise and selling it on eBay. 63-year-old Kim Richardson agreed to pay $3.8 million in restitution following an investigation by the Federal Bureau of Investigation and Secret Service. The Dallas resident shoplifted during her travels across the US and then sold the merchandise on eBay and via direct Internet sales before mailing the items by U.S. mail, Federal Express, and United Parcel Service. “Richardson stole items from numerous retail stores. She used shoplifting tools to disable security devices and would exit the store by placing the stolen merchandise in a large black bag she carried,” the news release said. (https://cnn.it/36AeSPu)

An 18-year-old Miami man was busted for trying to buy beer using an ID that belonged to a 91-year-old man ….. FAKE NEWS