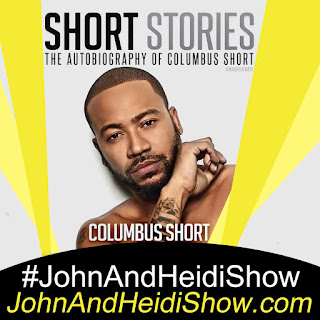 A new study found that 25% of Generation Z has stopped drinking alcohol and smokes marijuana instead. (http://dailym.ai/314qQgP)

A study in the Lancet Medical Journal found that a Las Vegas man has become the first American to catch the Coronavirus twice. (https://bit.ly/3jW97jd)

A Florida Woman is behind bars for allegedly attacking her 69-year-old boyfriend after he refused to perform a sex act on her. According to cops, 46-year-old Katanya Jordan was arrested following a 3:00 a.m. disturbance yesterday inside the Largo residence she shares with the victim, Jordan’s longtime boyfriend. The man told police that he had been arguing with Jordan “in reference to the defendant ‘smoking crack.’” Jordan, the man charged, was high and “began yelling at him to perform oral sex.” The victim, however, declined Jordan’s request, prompting her to allegedly begin “hitting and scratching him.” The man, cops noted, sustained “several small lacerations” which appeared to have been “caused by fingernails.” Jordan fled the residence before cops arrived, but she was apprehended with the aid of K-9 tracking units. Jordan was charged with felony domestic battery, as well as grand theft for allegedly stealing the victim’s cellphone. (https://bit.ly/2GX8Iye)

Jussie Smollett will make his directorial debut with a movie that begins filming in New York this week. The film is called “B-Boy Blues” (https://pge.sx/3j7tCZ3)

The Encore Hotel in Las Vegas will close during weekdays because of low demand from gamblers. (https://bit.ly/3504r5o)

Stevie Nicks posted a TIK TOK response to the viral video by an Idaho Falls skateboarder that featured her song "Dreams." (https://pge.sx/2H1O4NH)

Mike Tyson sparked concern after he slurred his speech during an appearance on “Good Morning Britain.”(http://dailym.ai/310Kw5m)

Meghan Markle reportedly told her advisors she wanted to be the most famous person in the world right before she and Harry quit the Royal Family.(http://dailym.ai/3nXFXma)

The latest figures show that 45 percent of Americans have nothing saved.

Egyptian Archaeologists are being mocked online for opening up a 2,500-year-old mummy because of fears it would cause a curse. (https://cnet.co/3nsnhuC)

A U.S. Census working trying to help residents fill out the 2020 Census was threatened by a Flagler County, Florida man on Monday, who threatened him with an AR-15 rifle, shooting as the man retreated. Flagler County deputies were called to the home around 6:15 p.m. after the federal employee reported 32-year-old Michael Cooper shot at him. According to the report, the Census worker was wearing a lanyard that identified himself as an employee with the U.S. Census Bureau and was driving a vehicle that also identified him as such. The victim said Cooper immediately became irate and began to scream at him to get off his property. Cooper then went inside his home and came back out with a black assault-style rifle and chambered a round. Cooper is charged with aggravated assault with a deadly weapon without intent to kill. (https://bit.ly/34seujC)

There was a shocking moment at a zoo in Senegal when a lion almost bit a zoo worker’s hand off after he moronically reached into its cage. A guide at Park Hann, a zoo in Dakar, Senegal, stuck his hand through the bars of the lion's cage in an attempt to pet the wild animal. Terrifying footage shows the moment his arm was almost ripped from its socket as the lion traps his arm in its mouth. Visitors are heard panicking in the background and some throw stones at the lion in an effort to free them man. Eventually the man hits the beast on the head with his left hand and his right hand is released from the lion's jaw. The man leans over the security barrier in relief, with his hand and arm still intact but dripping with blood. (http://dailym.ai/30CkDZc)

A Florida mother faces criminal charges for allegedly assaulting a school bus assistant because her daughter was dropped off thirty minutes late. According to Crime-Online, the alleged victim said the bus was dropping off children in Bradenton on October 2nd when 36-year-old mother Erica Piedra entered the school bus screaming and cursing. The assistant then claimed Piedra pushed her up against a wall and nearly caused her to fall. The bus assistant later told authorities that she is nine months pregnant. Piedra was taken into custody on Tuesday after the alleged victim reported the incident four days after it happened. Detectives say they interviewed witnesses — including the driver — who confirmed the bus assistant’s side of the story. Piedra told police that she did not assault the woman — the mother only cursed her out for the school bus being late. She was booked into the Manatee County Jail Tuesday on a charge of aggravated battery on a pregnant woman. (https://bit.ly/33V67On)

Students Sign Off Each Virtual Class By Saying 'I Love You' To Professor
https://www.sunnyskyz.com/good-news/3994/Students-Sign-Off-Each-Virtual-Class-By-Saying-039-I-Love-You-039-To-Professor