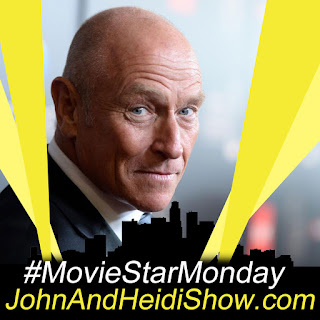 It's a #MovieStarMonday with Corbin Bernsen. He recently played the role of Vulcan on Starz's groundbreaking series American Gods. Before that he starred as Henry Spencer for eight seasons on USA Network's hit original series Psych. He began his career the hit NBC TV series, LA LAW and on the big screen as the Cleveland Indians' third baseman-turned- owner Roger Dorn in the extremely popular Major League series of films. He is in a new award-winning, must-see faith and family film "The Farmer and The Belle: Saving Santaland". Available now on all major VOD, cable and DVD platforms and retailers. This is a fun, heartwarming and entertaining story of finding the true meaning of beauty, true love and the real power of faith. "The Farmer and The Belle: Saving Santaland" is a funny Christmas movie for the family in the style of a Hallmark Christmas Movie.

A study found that the kid who was mom’s favorite is more likely to suffer as an adult from depression.

A study of adults found that while the average adult would rate themselves a solid seven out of 10 on the kindness scale, 14 percent don’t think they could be any nicer.

An Idaho Falls man was arrested and charged with aggravated assault with a deadly weapon after a shooting early last Sunday morning outside the Crown Bar in downtown Idaho Falls. A victim told police that one bullet was fired at him during an incident at around 2:14 a.m. at the bar. Police say the round only struck a vehicle. No other details about the crime were released. In an arrest document, police said Connor Prucnal fled the scene in a silver Honda CRV. Police later pulled him over at a Texaco gas station. The responding police officer wrote that both Prucnal and his passenger “smelt strongly of an alcoholic beverage and appeared inebriated.” Upon searching the car, police said they found a Glock handgun in a backpack with Prucnal’s belongings. (https://bit.ly/3f5Z6hC)

Think that coupon clipping is beneath you? You’re throwing away real money. Coupon experts say if you spend 20 minutes a week clipping coupons, you’ll probably save $1,500 to $2,000 a year.

Guys, are you having problems with, um, splashback when you’re hitting up a urinal? Have no fear — science figured out the exact, perfect way that you should pee at a urinal to keep things clean. Through high-speed video footage of a simulated male urine stream researchers show that reduced splash can be achieved by moving closer to the urinal and decreasing the impact angle.

Police in India arrested a holy man who claimed he could cure chronic diseases simply by staring into the eyes of his patients. The man got caught when a patient with a high fever whom he was eyeballing showed absolutely no sign of recovery.

A California man just won Father of the Year honors after building his own Disneyland roller coaster. Sean LaRochelle of Napa spent around four months building a scaled-down version of the famed Matterhorn ride. It’s a 2-story, single-passenger roller coaster. Sean’s 400-feet of track includes Swiss flags, waterfalls, and even the ticked off Yeti inside the mountain! Sean’s kid can thank coronavirus for their backyard playground-on-steroids. Disneyland closed in mid-March due to the pandemic, and two weeks later Sean started building the ride. He finished in July. (link to video https://www.youtube.com/watch?v=VIt5k7RP4V4&feature=youtu.be )

The longest game of Monopoly has ever been played is 1,680 hours according to Hasbro.

A California man wanted in an alleged $35 million Ponzi scheme tried to flee FBI agents — by hopping on an underwater “sea scooter” and taking it into a frigid lake. First, 44-year-old Matthew Piercey jumped into a pickup truck when agents went to arrest him on Monday, leading them on a wild chase before eventually abandoning the vehicle on the shores of Lake Shasta, according to federal prosecutors in California. He then grabbed a Yamaha sea scooter — a motorized submersible device that pulls users at about 4 mph — and took it into the cold waters, staying there for about twenty-five minutes. He was taken away in handcuffs after resurfacing. Piercey was indicted by a grand jury last week for allegedly bilking his investors into giving $35 million to his companies Family Wealth Legacy and Zolla. (https://bit.ly/3kJGUeM)

One of the two armed suspects who held a family hostage in a Queens, New York home asked cops for a pizza — as the duo was looking for money they believed was stashed there after a former resident recently died of cancer. One of the suspects asked responding cops to let him speak with his wife and then asked for a pizza — but that request was not complied with. The NYPD said shortly after midnight that all hostages had been removed from the home. The duo targeted that home because a 36-year-old man who lived there died of cancer last month — and one of the suspects known to him believed they could find a stash of money there. Charges are pending against the pair.(https://bit.ly/3kPXNEK)

A Florida shoplifter was caught on surveillance cameras trying to hide a chainsaw down the front of his pants. FLORIDA