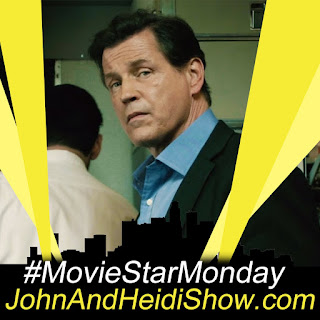 Researchers at the University of Copenhagen say there is no way to cut the perfect Christmas cookie and not even a computer can figure it out. (https://bit.ly/36YVknU)

A One Poll survey finds that the most popular workout songs of all time are “We Will Rock You,” “Eye Of The Tiger,” and “Welcome To The Jungle.” (https://bit.ly/3gxWTw7)

A popular south Charlotte strip club has had its “Alcohol Beverage Control,” also known as “ABC,” permits suspended by the state ABC Commission. The permits for Club Onyx were suspended Friday after multiple alleged violations of Governor Cooper’s executive orders relating to social distancing and face coverings, despite a cluster of confirmed COVID-19 cases previously. The first citation was issued Halloween night after CMPD ABC Detective Chad Denton found the club’s parking lot was “completely full” and there were about eighty-three patrons inside. A few hours later, ALE Special Agent Kelly Kearns saw what she described as an extremely long, dense line of patrons wrapping around the building, waiting to get in. She also says social distancing was not practiced, nor was there consistent use of face coverings. When she entered, she said there were more than two hundred patrons inside within close contact, not wearing face masks, and a lack of proper sanitizing. (https://bit.ly/2JtB6t0)

Prince Harry suggested in an interview that COVID-19 was punishment from Mother Nature for not doing enough about climate change. (https://bit.ly/39L40jD)

The LAPD raced to the home of “Star Wars” Actress Billie Lourd after an irate construction worker fired a shot into the ground during an argument with a co-worker. (https://bit.ly/3qt7RaH)

New York City’s Rockefeller Center Christmas Tree was lit this year without the usual crowd of ten thousand people because of safety restrictions. Visitors to the tree have five minutes to take pictures inside a plexiglass area before the next group comes in. (https://cbsloc.al/33I5uHj)

The Playstation 5 is selling for twice its $400 price tag on the resale market with demand for the console increasing as we get closer to Christmas. (https://bit.ly/37O6ZF5)

Astronomers have unveiled a map of the Milky Way Galaxy that details 1.8 billion stars. (https://bit.ly/2Jz6maD)

64 countries have Religious symbols on their national flags.

A tequila bar in the UK has filed a petition to become a church so it can get around the lockdown restrictions. (https://bit.ly/36jSpps)

A Florida fruit salesman was arrested Tuesday after pointing a gun at another fruit salesman for not raising his prices. 36-year-old Yoan Torres Quinones, a Stock Island fruit vendor, is facing charges of aggravated assault with a weapon and carrying a concealed firearm without a license after deputies said he got into an argument with a competing fruit vendor. The argument started when Quinones approached the 50-year-old victim and started an argument saying the man was undercutting his price on sugar cane juice. Deputies said that Quinones sell his juice for $3 while the other man sells his for $2 nearby. The man was caught on cell phone video showing his gun off in his waistband during the argument. Then, eventually pointing the gun at his competitor and saying he would fire every bullet into the man. Quinones was taken into custody with the Monroe County Sheriff’s Office. (https://bit.ly/37AdV8T)

Police in Ontario, Canada, shared photos of a vehicle that was pulled over and impounded when the driver was found to be sitting on a folding lawn chair. The Halton Regional Police Service's Burlington station said officers in Burlington pulled a car over Monday when something seemed off about the vehicle's driver's seat. A closer look revealed the driver's seat of the car was missing and had been replaced with a folding lawn chair. Police said the vehicle was impounded and the driver was ticketed for unsafe vehicle operation and driving with an inoperative seat belt. (https://bit.ly/2VzOz5u)

Bradenton Police caught two 10-year-old kids driving their parents car to McDonald’s after they were ratted out to police by a man who was also driving a stolen car ….. FAKE NEWS

Man Tackles And Punches Bear To Save His Dog
https://www.sunnyskyz.com/good-news/4065/Man-Tackles-And-Punches-Bear-To-Save-His-Dog