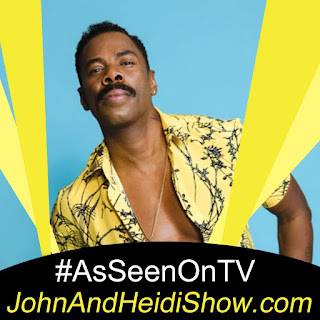 A survey by One Poll found that 8 in 10 Americans are desperate to hear some positive news before the year ends. 4 in 5 Americans say they need to be cheered up.(https:// bit.ly/3olttDZ)

A study from Washington University in St. Louis found that daydreaming can be a useful term for office workers. (https://bit.ly/2JF7vwI)

According to an arrest report, after being placed in shackles due to some alleged drunken dumb-assery, a Florida collegian told cops that being restrained “gets me off,” and then requested someone “pinch my nipples.” Cops allege that Joseph Lancaster, a 22-year-old University of South Florida student, caused a disturbance early Sunday after refusing to pay an $820 bill at a St. Petersburg nightspot. After Lancaster argued with security guards, his friends stepped in and paid the bar tab. Lancaster, stumbling and slurring his words, then began shouting, “I am sorry none of you graduated high school, but f--k you.” A report states that when a police transport van arrived, Lancaster “even argued with the van driver.” “The defendant had to be placed in shackles and stated, ‘This gets me off.’ He also said ‘pinch my nipples.’” Charged with disorderly intoxication, a misdemeanor, Lancaster was booked into the county jail. (https://bit.ly/2VkideS)

Sean Connery’s cause of death was listed in the Bahamas as pneumonia, heart problems, and old age. (https://pge.sx/2Jjtl9o)

'Tis the season for decorative and festive poinsettias. But whatever you do, don’t accidentally ingest part of one or you’re in big trouble. Right? Nope… that’s a myth. Poinsettias are not poisonous, contrary to popular belief. The belief that they are poisonous originally seems to have started around 1919 when a two-year-old child died after supposedly eating poinsettia leaves. The poinsettia leaves were blamed for the death, even though there was never any actual evidence that the poinsettia leaves had anything to do with the child dying, according to The American Society of Florists, which looked into the matter at the time. Since then, there haven’t been any other deaths related to ingesting poinsettia leaves. In fact, experts say a 50 pound child would need to eat 500-600 poinsettia leaves to suffer any sort of serious ill effects from the plant. Further research into this matter was done by the Children’s Hospital of Pittsburgh and Carnegie Melon University, studying just under 23,000 poinsettia related reports to poison control centers across the United States. Not a single one of these reports showed evidence of any actual toxicity from exposure or ingestion of the plant. And finally, the Poison Control Center has this: “The poinsettia plant is often considered deadly. That’s wrong. Poinsettia can be irritating but it is not fatal if eaten. If children and pets eat it, they can develop a mouth rash and stomach upset. The sap can cause a skin rash, too.”

In a survey, men chose the 20 skills all guys should possess. #1 is fix a toilet. #2 Navigate a map. #3 was do laundry properly.

Zarf: the cardboard sleeve on a coffee cup.

In China the parents of a 16-year-old reported what they thought was her kidnapping after she had gone missing. The shaken parents said the alleged kidnapper had sent a text to the girl’s cousin demanding $7,820 and an iPhone as ransom. But police became suspicious when the cousin received another text message pushing for the iPhone but reducing the cash demand to $75. Officers arranged a meeting place with the alleged kidnappers but were instead met by the 16-year-old, who admitted she that she orchestrated the hoax because her parents would not buy her an iPhone.

A Clearwater, Florida man’s “family tradition” of defrosting a Thanksgiving turkey got a lot of attention on Facebook this year. Mark O’Donnell filmed a Facebook Live of his family plopping a sixteen-pound turkey into their swimming pool to defrost. He said the tradition has existed for eighteen years. “We thaw our turkey in the pool,” he says in the video. “That’s what you do when you live in Florida, right?” O’Donnell said he checks several times for any leaks before tossing into the chlorinated pool. (https://bit.ly/3fPwaKY)

A droopy-drawered fighter didn’t let losing his pants stop him from wrestling his adversary in a minutes-long caught-on-camera gas-station brawl. Video shot in a Wawa in — where else? — Florida shows the bedraggled boxer with his sweatpants around his ankles wailing on his rival in a reflective vest. The video, posted online last Monday, captures one man with a safety vest repeatedly punching another man, who is on the ground with his sweatpants around his thighs. “Gentlemen, gentlemen please,” an employee can be heard saying. The brawl goes on for so long that the man filming the incident convinces the fighters to pause while grappling so he can pay for something at the register. It was unclear what sparked the fight. The half-naked man eventually pulls up his pants and scurries out of the convenience store.(https://bit.ly/2KS07yT)

A Miami Sheriff’s Deputy who was busted for soliciting a prostitute said he shouldn’t be arrested because the hooker was for his son ….. FAKE NEWS

Community Rallies Behind Family-Owned Restaurant To Prevent It From Closing Due To Pandemic
https://www.sunnyskyz.com/good-news/4060/Community-Rallies-Behind-Family-Owned-Restaurant-To-Prevent-It-From-Closing-Due-To-Pandemic