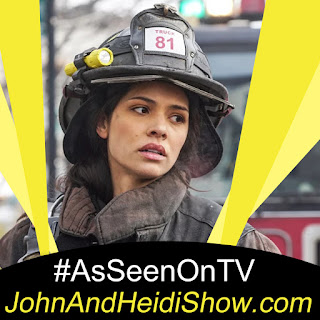 According to a OnePoll study of 2,000 Americans who experience some form of digestive discomfort, 78% of Americans admit that they regularly eat food they know will upset their stomach later. The Respondents said they consume foods that cause them discomfort at least a few times per month. (https://bit.ly/3mI7jLh)

According to the town of Rainsville’s mayor, A supervisor at the Rainsville Wastewater Treatment Plant is suspended pending an investigation of an illegal winery operation that was discovered at the facility. Mayor Roger Lingerfelt spoke at a brief press conference to announce that the employee is on leave without pay while the DeKalb County Sheriff’s Office investigates. Lingerfelt did not name the employee, but said the person has worked at the Alabama plant for about fifteen years. DeKalb County Sheriff Nick Welden announced Thursday night that deputies found the illegal winery when they went to investigate an anonymous tip at the plant on Horton Road in Rainsville. No one has been arrested in connection with the operation as of Friday morning, though the sheriff’s office said it expected to file criminal charges. (https://bit.ly/34NAsi3)

Actress Elizabeth Banks spoke out against “Stand Your Ground” laws in a series of tweets Friday, writing they only “endanger your neighbors.” Banks referenced a childhood incident where a man shot an arrow at her without any warning. https://fxn.ws/38miVhP

The mansion Renee Zellweger stayed in when she filmed “Judy” is on the market. (http://dailym.ai/3eLrJ31)

Did you get a coffee mug for Christmas but would rather have bacon? You got an ugly sweater but would rather have bacon? Wright brand bacon is “trying to put an end to the bad gifting cycle and give people what they really want with the first ever #BaconGiftSwap.” Until January 15 share your undesirable gift and a description on Wright’s Instagram and Twitter channels for the chance to win a year’s supply of hand trimmed, thick cut, wood smoked bacon. Judges will identify the “best of the worst” with 100 bacon lovers receiving a year’s supply of bacon. Winners will be provided a shipping label but will have to pack and ship their unwanted socks, mugs, robes, ties, scarfs, ugly sweaters, candles and unusual jewelry in order to receive the bacon. All gifts will be donated to a charity. More info here. https://www.wrightbrand.com/bacon-gift-swap/

A North Dakota man was arrested for threatening to kill a man who refused to accept his friend request on Facebook. (https://bit.ly/3hD7R41)

According to a report, more than seven hundred airline passengers have been banned from flying on U.S. airlines for refusing to wear masks. (https://bit.ly/2R6egbm)

The Chairman of Harvard’s Department of Astrology says an alien visited the U.S. in 2017 and more are coming. (https://bit.ly/3hEX9tZ)

Researchers at the Mayo Clinic calculated that chewing gum burns up about 11 calories an hour.

In Poland a woman was arrested for stealing fruit, chocolate, batteries, beauty products and earrings. After her arrest, police took her mug shot with a digital camera; when the booking officer turned his back for a moment, she swiped the camera, too, which was then recovered from her bag.

A Texas woman has been sentenced to 54 months in federal prison for stealing millions of dollars in merchandise and selling it on eBay. 63-year-old Kim Richardson agreed to pay $3.8 million in restitution following an investigation by the Federal Bureau of Investigation and Secret Service. The Dallas resident shoplifted during her travels across the US and then sold the merchandise on eBay and via direct Internet sales before mailing the items by U.S. mail, Federal Express, and United Parcel Service. “Richardson stole items from numerous retail stores. She used shoplifting tools to disable security devices and would exit the store by placing the stolen merchandise in a large black bag she carried,” the news release said. (https://cnn.it/36AeSPu)


MOMENT OF DUH: Brought to you by TimeForRehab.com

A Montana woman is accused of shooting a gun after a man, who wasn’t allowed in her house, mooned her on his way out. 39-year-old Amanda Allen is charged with felony assault with a weapon. She appeared by video in Gallatin County Justice Court. The man reportedly told a deputy that his girlfriend invited him into Allen’s home to cook breakfast. He said Allen became angry and yelled at them to leave. Allen told the deputy the man was not allowed inside the home. She told deputies that the man mooned her as he was leaving. Allen said she then grabbed her rifle and admitted firing one round into the air from her front door. She said she didn’t threaten the man after the gunshot. (https://bit.ly/3ne3VI6)

Firefighters respond to a New Years Eve incident in Florida as an intoxicated man under a stay at home order, set off fireworks inside his mother's home. #FakeNews