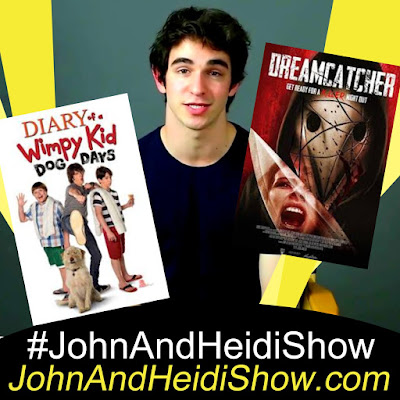 A new study found that putting too much sugar in your coffee can damage your immune system. (https://bit.ly/3aUEVCE)

A Johnstown woman is facing charges after kicking a Pennsylvania State Police Trooper while intoxicated. Troopers say they were called regarding a dispute at a home in South Fork Borough. Troopers say the arrived at the home and found 51-year-old Loretta Woodruff to be substantially intoxicated. They say Wood was injured and claimed that she was punched by a man at the home; however, troopers say her injuries were not consistent with being struck. The man told state police Woodruff had fallen down the steps and troopers say Woodruff’s injuries were consistent with falling down stairs. State police say EMS personnel were called to the scene. Officials say Woodruff had a head injury, and due to her level of intoxication, she was unable to refuse treatment. Troopers say they were escorting Woodruff out of the home when she said, “watch this,” and kicked the trooper in the chest. Woodruff has been charged with aggravated assault and remains in prison after being unable to post bail.(https://bit.ly/3kEJAvL)

Lady Gaga’s stolen dogs have been recovered and Law Enforcement sources now believe the two men who shot her dog walker did NOT know they were hers because they never demanded any ransom money. (https://bit.ly/3b2p98V)

Hailey Bieber was spotted walking her dog on the beach in Malibu Saturday. (https://pge.sx/2NOiMx9)

A California home filled with Mannequins in every room is now for sale “as-is.” (https://fxn.ws/387Xd1A)

Meghan Markle continues to be accused of bullying her royal staff. (https://bit.ly/3e9rIbq)

Meghan Markle has ripped reports about her bullying royal aides as being a “calculated smear campaign” to deflect from her blockbuster Oprah TV special. Insiders had alleged that during her short tenure as a senior royal, the duchess reduced staffers to tears and even bullied two senior members into leaving their jobs. Meghan is denying these claims. According to staffers, she was a royal pain. (https://pge.sx/305KlVv)

A couple of furniture delivery guys in the UK were given the access code to a customer’s home so they could unload while the customer was still at work. After the delivery the customer received a text alerting him that the furniture was delivered. But when she arrived home she didn’t see her new furniture. So she called the store, which confirmed that the door code she provided worked, which means they must have delivered what was promised. The customer decided to do some digging on her own and found that her new furniture had been delivered to a home three doors down. The homeowner there was trying to track down where the furniture came from. The two homeowners also realized they’d chosen the same door code for their front doors.

You spend about three years of your life in the toilet.

According to the European-Mediterranean Seismological Centre, a 6.2 magnitude earthquake shook Greece just after noon on Wednesday. (https://fxn.ws/3qauSOw)

Drivers getting creative when sneaking into carpool lanes is nothing new, and a California Highway Patrol officer thought he’d seen it all until last week, when an official said he pulled a driver over with the “most realistic dummy” sitting shotgun in a Toyota Tacoma. The mannequin looked like an older man with gray hair and wrinkles on his face, wearing eyeglasses and a facemask, sitting in the passenger seat of the driver’s Toyota, CHP Officer Rodrigo Jimenez said in an interview. The dummy was wearing a Cleveland Indians baseball cap and had sunglasses tucked in the shirt’s front pocket. Officer S. Sullinger was the one who found the realistic mannequin while patrolling a freeway in Glendora looking for potential carpool violators. Sullinger pulled the driver over at around 4:00 p.m. When the driver rolled his window down to talk to the officer, Sullinger realized the passenger was a fake. The driver was cited for the carpool violation and faces a fine of at least $400. (https://bayareane.ws/3b2KE9B)

New York soccer pro Zaire Bartley was busted with a stolen gun in The Bronx after trying to speed away from cops who spotted live ammo in his car. Bartley — a 22-year-old midfielder who until two weeks ago played for New Amsterdam Football Club — was pulled over at around 9:00 p.m. Friday for having an expired plate on his 2017 BMW. An officer then spotted a round of live ammo in clear view in the car’s back seat — and Bartley attempted to race away when asked about it. He was arrested after being pulled over at White Plains Road and Burke Avenue, three blocks from the first stop and a mile from where he lives in the Laconia section of The Bronx. Bartley was charged with criminal possession of a weapon, criminal possession of stolen property, and fleeing an officer in a vehicle. He is scheduled to appear in Bronx Criminal Court in April. New Amsterdam FC told The Post that Bartley played for the team until he was released two weeks ago for “sporting reasons.” (https://bit.ly/3kyrEDb)