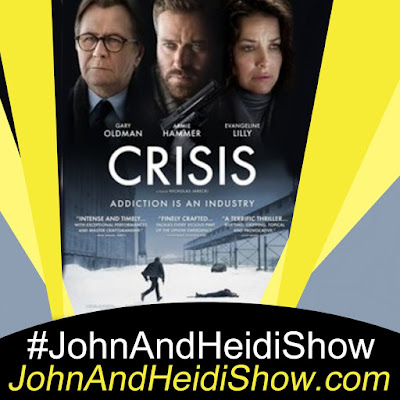 A bee that experts believed went extinct has now been spotted for the first time in nearly a century. The rare pollinator, native to Australia, was in the forests of north Queensland all along, but it is probably under increasing pressure to survive. (https://bit.ly/3049hMS)

A 20-million-year-old petrified tree has been found intact in Lesbos, Greece. https://cnn.it/3uLPe3Q

A man was arrested in Charlotte County for a DUI after leaving the White Elephant Bar. A Charlotte County Deputy pulled a tan Lincoln Town Car over for careless driving. When the deputy asked the driver for his license, Charles Kensill handed over his credit card instead. The deputy explained that his license was needed, but Kensill said “See, I told you that’s it.” After he was able to produce his license, Kensill told the deputy he had four rum drinks at the White Elephant Bar, per the arrest report. He agreed to complete the sobriety exercises and was arrested for a DUI. On the way to jail, Kensill said “damn I am buzzed” and “I shouldn’t have been driving after drinking, do you forgive me?” according to the arrest report. He also repeatedly told the deputy his name. Kensill’s driver’s license was surrendered. (https://bit.ly/3spLpPX)

Frasier is being rebooted with Kelsey Grammer reprising the role after seventeen years. (https://cnn.it/3soh1FN)

The new “Tom & Jerry” movie won this past weekend's box office battle after earning $13.7 million. The latest release from Warner Bros. has scored the second-highest grossing debut of the pandemic. (https://bit.ly/3uIzYFe)

A Florida man was busted for not wearing pants in a Walmart parking lot. (https://bit.ly/3b3Td4i)

What’s the most amount of money one person in a marriage can spend without checking in with the other? Ameriprise Financial released a survey that found the average spending limit that necessitated a conversation was $400.

We ask for them every holiday, but are your gift cards collecting dust? Right now, $21 billion in unredeemed gift cards are just sitting in our wallets. A Bankrate survey found that the average adult has $167 in unused gift cards and store credit. The worst offenders are families who make $80,000 or more a year, with just under $300 of unused cards. Parents with kids under 18 have similar piles stacking up, with an average of $274 on their gift cards.

There are more chickens in the world than people

A zoo in Australia arranged a private orchestra performance for an elephant.(https://bit.ly/3r9NWxC)

Wichita Falls Police were sent to a reported assault last Thursday night. The victim told officers he and his ex-girlfriend, Lisa Morgan, had been in an altercation. According to the police report: “The man said Morgan grabbed his testicles and squeezed them while he was standing in the living room. He said he tried to calm Morgan down, but she was throwing metal paintings and other objects. The victim was limping and said it hurt to walk. He told the police he was in pain but said he’d would be okay.” The victim was very sweaty and his pants were wrinkled where Morgan had grabbed him. The officer noted that the victim and Morgan live in the same house and have been together for about nine months. They arrested Morgan and charged her with Assault Causing Bodily Injury-Family Violence. (https://bit.ly/3kznuLs)

A man was arrested after allegedly passing a note to the tellers at a Hartsville bank demanding money. Online records say Angel Luis Masdev was booked February 25th and charged with entering a bank with the intent to steal and attempted bank robbery. According to arrest warrants from the Hartsville Police Department, Masdev passed a note to employees of South State Bank through the drive-through pneumatic tube on Thursday. “The note read in part to put money from all the drawers or he would kill,” the warrants state. Investigators said Masdev was wearing a mask at the time of the incident. When police arrived, they found a blue minivan in the drive-through’s middle lane. With weapons drawn, they approached the vehicle and saw a driver and someone in the back seat. The passenger began to flail his arms and was instructed to put his hands in the arm. Police reportedly got him out of the vehicle and placed into handcuffs. The report states that he was identified as Angel Masdev by his driver’s license. (https://bit.ly/3uHZxG6)

This Texas Plumber Is Helping People In Need For FREE
https://www.sunnyskyz.com/good-news