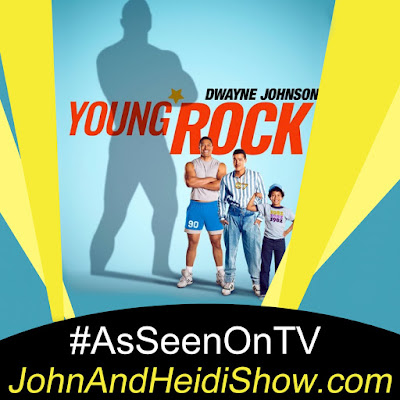 Bradley Constant, plays Dwayne Johnson at 15 years old. He was recently featured on The Tonight Show (Dwayne Johnson Roasts Jimmy’s Teenage Photos with Bradley Constant) and has been getting a lot of praise for his work in the show. Also, Young Rock was just Certified Fresh by Rotten Tomatoes, a highly coveted rating in the TV industry – solidifying the shows status as a big hit. https://www.youtube.com/watch?v=Cip8zDYx2hQ

A new poll shows most parents want a return to in-person schooling.(https://bit.ly/3cM9ESt)

A recent survey of high school students found that the likelihood of attending a four-year school sank nearly 20% in the last eight months — down to 53% from 71%. Fewer kids are going to college because they say it costs too much.(https://cnb.cx/3rYX48Q)

51-year-old Thomas Courtney told officers he thought he was “in his bed” when they found him asleep behind the wheel of a running car heavily intoxicated. Metro Nashville Police responded to a report of a man asleep behind the wheel of a silver sedan sitting in the middle of a land of traffic. Officers found Thomas Courtney slumped over the wheel asleep and beginning to wake up. The keys were in the ignition and in the ‘on’ position. They eventually got Courtney out of the vehicle, noting observing bloodshot, watery, glass eyes, and a man that reeked of alcohol, who was slurring his speech and staggering when walking. A warrant details that Courtney told officers he was “in his bed” when asked where he was. A records check revealed multiple prior DUI convictions and that his license status was revoked. Thomas Courtney was charged with DUI 3rd+, and driving on revoked 2+. He is free on a $9,000 bond, with multiple pending court dates across multiple counties. (https://bit.ly/3qumjy5)


Eli Manning is getting his own television show on ESPN.(https://bit.ly/2ODnC0w)

Chrissy Teigen posted a topless photo of herself with 2-year-old son Miles.(https://pge.sx/3qQU4df)


A Washington man was busted for stealing a 400-pound slide from a city playground and mounting it to his kid's bunk bed. (https://cnn.it/3tonnW4)

An Alabama Woman was arrested for stealing her neighbor’s goat and dying it with blue food coloring. (https://bit.ly/3c8NPMg)

A new report claims lonely people around the world are relieving stress by paying to cuddle cows. (https://wapo.st/2ObENXf)

A study concluded that blueberries have the ability to boost brain function.

A woman in Swaziland said she followed through with a court order allowing her to remove all of her possessions from her ex-husband’s house, including the roof. The woman said she and local police officers went to the house and executed the order from the court to remove everything she owned from the home she used to share with her husband. Because it had been purchased with her money, the woman repossessed the roof of the house.

A Tennessee man who bought almost 18,000 bottles of hand sanitizer to resell on Amazon gave them away. When Matt Colvin heard about the first coronavirus death in the United States, on March 1, 2020, he started driving around the Chattanooga area buying up bottles of hand sanitizer to sell on Amazon. But then Amazon cracked down on overcharging for COVID-19 basic necessities and he was stuck with it all in a storage shed. Matt gave it all away.

Rabbits can't puke. Unlike cats or other animals that can cough up hairballs when they digest too much fur and other indigestible materials, rabbits are incapable of spewing. Their digestive system only goes one way, so the furry critters swallow plenty of roughage, which keeps things moving in the right direction.

Israeli archaeologists announced the discovery of dozens of new Dead Sea Scroll fragments bearing a biblical text found in a desert cave and believed hidden by Jewish refugees during a Jewish revolt against Rome nearly 1,900 years ago. (https://fxn.ws/3lsUm8X)

An on-again, off-again couple in Ukraine have pledged to strengthen their relationship by handcuffing themselves together in a three-month experiment that has reportedly grabbed the attention of their home country. Alexandr Kudlay and Viktoria Pustovitova bound themselves together on Valentine’s Day in an unusual attempt to work through their issues. “We used to break up once or twice a week,” 33-year-old Kudlay stated. “When during another fight Vika once again said that we had to break up, I replied ‘Then I will attach you to myself.’” Though his 28-year-old girlfriend was initially miffed and hung up the phone, she later warmed up to the idea and agreed to give it a go. Now, the duo do everything together, from getting ready each morning in their Kharkiv apartment to eating breakfast side-by-side. When they shop at the grocery store, they even hold the same basket. Kudlay and Pustovitova have reportedly won thousands of new followers on Instagram as they chronicle their linked-up life, and have even appeared on Ukrainian talk shows to share more about their experience.(https://fxn.ws/3eFzlq5)

There are a lot of valid reasons to call 9-1-1. But your mom changing the password to your gaming system is not one of them. Halton Regional Police sent out the cheeky reminder Tuesday afternoon on its Twitter account. “Never thought we’d have to say this, but here we are. Mom changing your Xbox password is NOT a reason to call 9-1-1. Yes, this happened,” the tweet said, with an accompanying picture of Jim and Darryl from the TV show, The Office, playing on their Xbox. Police have also repeatedly told the public that calling 9-1-1 to report annoyances over the noise an Amber Alert makes is a misuse of the system. In November, Peel Regional Police posted an audio 9-1-1 call from a young woman who was looking for a police escort to Union Station because she was running late. (https://bit.ly/3bPa6A8)