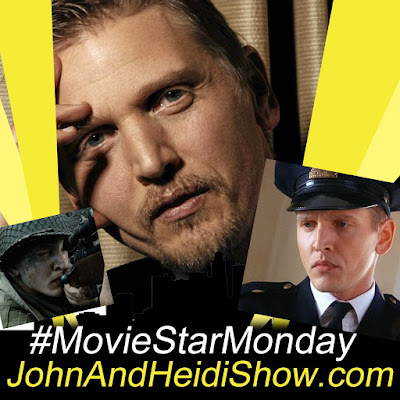 A new survey finds that most Americans are willing to accept slower deliveries for better worker treatment by Amazon. (https://bit.ly/3dJju7T)

A study found that undergoing intense workouts during old age won’t make you any more likely to die. (https://bit.ly/3a33U6a)

A Florida Woman is facing a felony child neglect charge after police found cocaine and a cut straw atop her three-year-old son’s copy of Dr. Seuss’s “The Cat in the Hat.” 24-year-old Casey Quoka was arrested after police found narcotics in her residence in Largo, a city in the Tampa Bay area. Along with the “bump” of suspected cocaine, cops seized marijuana and a “baggie of pills suspected to be MDMA.” According to a criminal complaint, the drugs were “easily accessible” to Quoka’s child. Quoka was also charged with felony child abuse for leaving her son with “significant bruising” as a result of corporal punishment that allegedly “exceeded the accepted level of force.” Reports say that she could also face drug charges after lab tests are performed on the items confiscated from her home. Quoka, who works as a bartender at Applebee’s, was booked into jail on the two criminal counts.(https://bit.ly/2Qg7WRq)

Dwayne “The Rock” Johnson has confirmed that his new superhero movie “Black Adam” has finally started filming. The Rock posted the official film slate onto his Instagram page during the first day of shooting. (https://bit.ly/3dcPN09)

The Easter snack “Peeps” are getting their own animated movie. (https://bit.ly/3e07n6H)

A California city erected a fence outside a restaurant that has repeatedly flouted coronavirus health orders. The fencing was put up outside of Tinhorn Flats Saloon & Grill in Burbank after a court ordered the establishment’s electricity be shut off. (https://bit.ly/3mEUEdk)

A New Mexico man began driving out of a grocery store parking lot when he looked back and found 15,000 bees in his backseat. (https://yhoo.it/3g0V38V)

Uber says it could one day get into marijuana delivery. (https://washex.am/3aaw2Ex)

A North Carolina man has been arrested after plowing his car through the entrance of a closed Walmart and driving it around the aisles. (https://bit.ly/2QlmMWW)

The United States Military hired scientists to build a “physics-bending weapon” for a potential war with UFO’s. (https://bit.ly/3d8tNDF)

3 THINGS TO STOP CLEANING
• Grill grate. Instead of scrubbing the grate after using it, leave the grill on high with the cover on for 15 minutes. Residue will cook away.

• Shower curtain liner. Liners are so cheap that laundering them to remove mildew is a waste of time. Just replace your liner every six months.

• Pillow. After washing and drying a pillow, it’ s never quite the same. Instead, throw it out and buy a new one every six months.

North Korean leader Kim Jong Un acknowledged that the Hermit Kingdom is facing its “worst-ever situation” — as he called thousands of “grass-roots” ruling party members to be more proactive in carrying out the country’s new five-year economic plan. (https://bit.ly/39ReWev)

A man used a bicycle as a weapon against an Applebee’s cook during a bizarre outburst. The suspect allegedly made a scene at one of the restaurant chain’s Wisconsin locations that involved yelling racial slurs at other customers, including children. When authorities later located the man, they reportedly found an explosive in the bag he was carrying at the time. The incident occurred around 9:00 in the evening. The suspect, identified as Matthew Arnst, reportedly yelled and screamed at other customers. According to reports, Arnst had brought a bicycle into the restaurant. When a cook came out of the kitchen and told Arnst to leave the restaurant, the suspect allegedly picked up the bicycle and swung it at the cook. The victim was struck in the abdomen. Police located the Arnst after he left the restaurant, carrying the bicycle as he ran. The officers reported that he was intoxicated when they confronted him. Police also reported that they discovered a quarter-stick of dynamite in Arnst’s bookbag. He was arrested for charges stemming from the incident at the Applebees, along with charges related to an incident on March 21st when he allegedly threw a rock through a grocery store. (https://bit.ly/3wRr4Ga)

Pizza toppings typically come on top of the pizza…A Domino’s customer in Minnesota allegedly threatened workers with a gun over a dispute about pizza toppings. Apparently, the customer wanted to get the toppings on the side and the pizzeria was unable to do so. The incident occurred at a Domino’s in Rochester, Minn., last Sunday, My Fox 47 reports. Apparently, the customer had requested his pizza with toppings on the side and was told that the restaurant couldn’t do that. The suspect, identified by the news outlet as 34-year-old Victor Fortner, allegedly drove up to the restaurant’s drive-thru and began arguing about the toppings. He reportedly threw several pizza slices at the workers in the restaurant. Fortner allegedly pulled out a gun and pointed it at the workers before driving off. Local police later located Fortner, who admitted to visiting the Domino’s but denied pointing a gun at the workers. Police did not find a weapon in his car. While it was initially reported that he would be facing assault charges, Fortner was instead cited for disorderly conduct. (https://bit.ly/3g2iZJ1)