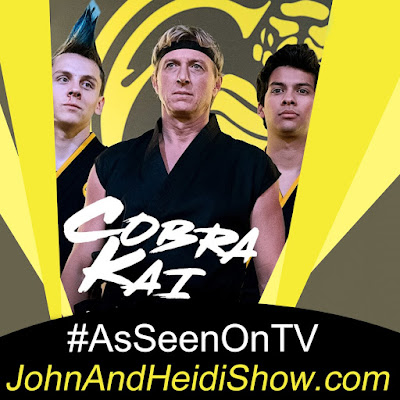 A survey finds roughly 70 percent of pet owners talk to their animal more than their mate.

If you’ve ever had your doubts about the “five-second rule,” a study (Rutgers) didn’t come as much of a surprise. It showed that food dropped on the floor can get pretty germy even if you scoop it up within the proverbial five seconds. Researchers dropped four foods (watermelon, gummy candy, bread and buttered bread) onto four different surfaces (steel, ceramic tile, wood and carpet) that had been contaminated with a harmless relative of disease-causing Salmonella bacteria. The food was allowed to remain in contact with the surfaces for one, five, 30 or 300 seconds before being removed and tested to see if it had become contaminated with the germs. Steel and tile surfaces tended to transfer more bacteria, while transfer rates from wood were more variable. Watermelon showed the greatest contamination, gummy candy the least. Back in 2012 San Diego State University researchers determining bacteria can attach itself to food in less than five seconds. And in 2010 scientists at Clemson also found that bacteria was transferred from tabletops and floors to food within five seconds.

A drunk driver who ended up in a ditch in Richmond, British Columbia, Canada, was rescued — by another drunk driver. Both were caught and charged.

“The Sopranos” creator David Chase said that he would do more movies about the early years of Tony Soprano if his series writer Terence Winter was on board. But luckily, Deadline reportedly contacted Winter for comment and he said “The idea of doing another one, and doing it with David, I'd be in in a heartbeat. Absolutely.” (https://bit.ly/3jV0oAg)

The cartoon character Peppa Pig was seen trolling Kanye West on Twitter after the pig’s album got a better review than his. (https://rb.gy/kuigx1)

As he accepted his award for “artist of the year” at the VMA’s, Justin Bieber said “As you know, there’s so much going on in the world as we speak. Um, I know you guys have probably heard it a lot — but we are in unprecedented times right now, with this, um, COVID thing that’s happening.” (https://bit.ly/2VDMf0X)

A rapper named Dan Sur has had gold chains surgically implanted into his head. (https://bit.ly/3tASfUJ)

Billie Eilish had one of the standout moments of the 2021 Met Gala when she showed up on the red carpet wearing a Marilyn Monroe-inspired ballgown. (https://bit.ly/3lkzVvq)

A video of a subway restaurant worker fighting off an armed robber has gone viral. (https://bit.ly/3Cb0idP)

Natural Light has released a line of flavored Vodkas. (https://bit.ly/2XoEEnM)

Everyone is still buzzing after Madonna's surprise appearance – and her ensemble – at the 2021 MTV VMAs. The “Material Girl” hit the stage in her full Madonna glory when she opened up a beige trench coat to reveal the black cheeky leotard she was donning underneath. (https://fxn.ws/3tE35Jm)

Bronx-born rapper A Boogie Wit Da Hoodie was forced to cancel his appearance at a UK festival after he was arrested by police in London for an incident that allegedly occurred two years ago. It’s not clear what the hip-hop star was accused of, but he confirmed that he was taken into custody when he took to Instagram to apologize to his fans for the canceled appearance. (https://bit.ly/3lnu2xc)

A scorned wife raided her ex-husband's cryogenics lab and stole the frozen brains of people who hoped to be brought back to life. 59-year-old Valeria Udalova and staff from her company grabbed the remains of people who paid thousands of pounds hoping they could be resurrected. Some of the corpses were from Britain and the U.S. and were stored in Valeria's ex-husband, Danila Medvedev’s, lab in the Moscow region of Russia. Reports say that the lab is Russia's leading cryo-storage facility. They drained liquid nitrogen from giant Dewar flasks containing frozen bodies and grabbed these and some detached human brains, then loaded them on trucks. Police were called and intercepted the macabre cargo of human remains preserved by “Frankenstein” technology offering humans the chance to "come back to life” in future. But Medvedev told RTVi: "The police did not catch Valeria. She left, taking someone's brain from the cryo-storage. The brains of our neuro-patients were kept separately, in special metal medical boxes." Police are now examining the rival claims while demanding the feuding ex-spouses guarantee the “integrity” of the frozen corpses and brains as well as the bodies of dozens of dogs and cats that owners wanted to bring back to life in the future. (https://bit.ly/3z7DaLi)

A 70-year-old man has been accused of slamming a child to the ground at a playground after yelling that a group of kids were making too much noise. Arrest records show police have arrested the man in Clearwater, Florida and taken him to the Pinellas County Jail with a child abuse charge. Officials say there were several kids having fun at the playground at around 6:30 p.m. Saturday when the man stormed out of his nearby apartment annoyed over the noise. WTSP reports the man picked up a 10-year-old child by the shirt and slammed the kid to the ground. The child was not seriously hurt. (https://bit.ly/3EgEP4Y)

Florida Couple Creates 'Door Of Kindness' To Spread Kindness In Their Community
https://www.sunnyskyz.com/good-news/