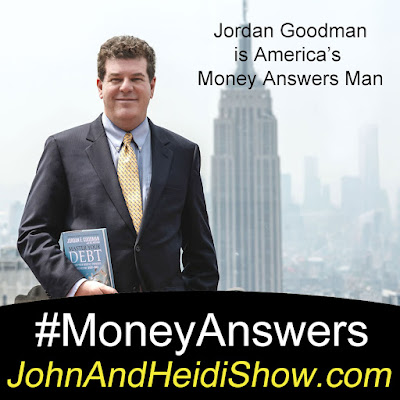 If you’re high-strung and looking for a way to relieve stress, researchers say the card game Bridge can help.

A survey of Facebook users finds we’re unhappy when a post doesn’t get any likes or comments. In fact, 72 percent of us say no reaction to a post can affect our mood, while just one like or comment can make things right again.

On Oct. 23, police observed a speeding black Volkswagen on Stumph Road. While talking to the Brook Park driver, the officer smelled marijuana. It also turned out that the man had a suspended license. A search of the Volkswagen revealed not only drug paraphernalia, but cocaine. The driver was arrested for drug abuse and driving with a suspended license. He was also cited for speeding. cleveland.com

A production worker on Alec Baldwin’s tragedy-marred flick “Rust” was bitten by a poisonous spider while helping to close down the set after its fatal accidental shooting — and may now lose his arm. Lamp operator and pipe rigger Jason Miller was bitten by a venomous brown recluse while helping wrap up film production. (https://bit.ly/3BVe3wR)

A new report claims the Kardashian family is worried Kanye West could react violently to the news that his ex-wife Kim Kardashian is dating comedian Pete Davidson. (https://bit.ly/3mUMoI4)

Doctors in Iraq operated on a man to remove utensils he had been swallowing over a year. They removed a number of metal and plastic spoons and forks from the stomach of the 30-year-old man, whom they described as suffering a psychological problem. He broke larger objects in half to get them down.

A woman in New Zealand posted a video of herself eating an entire jar of Nutella in under two minutes. She calls herself a competitive eater. (https://www.dailymail.co.uk)

A hiker in Colorado went missing last week. And the reason no one could find them is pretty stupid but is probably something we've all done. They were hiking near Mt. Elbert, about 100 miles southwest of Denver. Someone reported them missing when they didn't show up by nightfall. So a search-and-rescue team went looking but couldn't find them. They even tried calling the person's phone several times, but no one answered. And that's the part that we've probably all been guilty of. It turned out the hiker was lost, but fine. And the reason they didn't answer their phone was . . . they didn't recognize the number and assumed it was a robo-call or a scammer! They found their own way back about 24 hours after they left, and had no idea anyone was looking for them. Search-and-rescue officials posted about it on Facebook to make sure it doesn't happen again. They said if you're out hiking and get lost overnight, you should answer your phone . . . even if you don't recognize the number. (https://bit.ly/3nvtNRV)

A Florida TikTok star deliberately sparked a 100mph police chase - then told cops who arrested him his wealth and youth made him immune from the law, it is claimed. Damaury Mikula, 18, of Pasco, Florida, has more than four million followers on TikTok and is said to make $400,000 to $450,000 per year, was recorded on Friday being chased by Pasco County Police at the intersection of State Route 54 at Sunlake Boulevard in Florida. Mikula had initially started the chase after he ran a red light, as well as doing a burnout move which saw his tires erupt in smoke while parked just in front of a patrol car. After he was captured running the light, Mikula did not attempt to pull over as police attempted to signal him. He continued to accelerate as police continued their pursuit and pulled over into a nearby residential neighborhood. The police identified the runaway driver as Mikula after one of the troopers tagged him. They then showed up to Mikula's home to arrest him, as he continued to brag about the large sum of money he made while police read him his Miranda rights. 'Mr. Mikula advised his state of mind was that he is young, makes a lot of money, and has a fast car and he can do whatever he wants,' Trooper W. Kelly of the Florida Highway Patrol told WFLA. (https://bit.ly/3q1KFmp)

Can you remember who you were, before the world told you who you should be? - Charles Bukowski