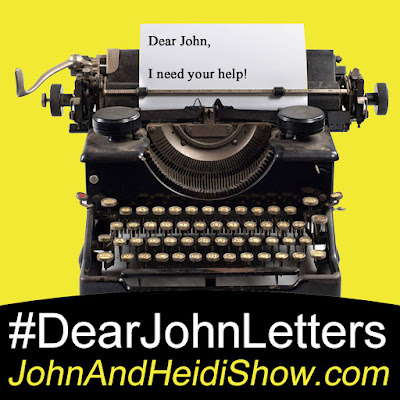 I have a super talented friend who had planned to take an opportunity to advance his career in a different city. He just told me he is planning to stay here now because he started dating someone here. I think he's making a huge mistake. The opportunity he's giving up may never come along again. This girl that he is dating has a track record of date them and dump them, that's according to her best friend. I'm pretty sure she's gonna break his heart and the opportunity may have passed. How do I convince him to move on? I will miss him when he's gone, but I also know this could he his one shot at getting his “big break” in his career. Meanwhile, his girlfriend is flirting with other guys every single time we go out. Is there anything I can do to help?

A new survey reveals that three in five Americans say they’d trust a compatibility test to choose their next partner. (https://bit.ly/31HMM4q)

British authorities busted a truck driver with more than 900 pounds of cocaine hidden in a shipment of frozen onion rings. The 921-pound load reportedly has a street value of more than $44 million. (https://fxn.ws/3wOflcc)

“Yellowstone” premiered with over 12.7M viewers on Saturday, making it the most popular cable show in the country. (https://bit.ly/3CgBr8j)

Activists are now trying to cancel re-runs of Seinfeld by calling them racist.(https://bit.ly/3HlwqPo)

A real estate-at-sea company is selling luxury condos on board a $600 million super-yacht. (https://bit.ly/3niaInl)

A Customs and Border Patrol special marine unit helped local law enforcement rescue a man who had crashed his airplane off the coast of Florida while the agencies were conducting a joint operation. The CBP Air and Marine Operations Tampa Marine Unit were in the middle of a joint operation with Citrus County Sheriff’s Office Tactical Impact Unit when they spotted an aircraft floating in the water. (https://bit.ly/3kC2MLW)

A Peruvian family found out that a puppy they bought from a pet shop was actually an Andean Fox, after it ate their neighbor’s livestock. (https://abc11.tv/3oyUl5g)

Six People have been charged with stealing $15,000 worth of Cologne from an Ulta Beauty store in Chicago. (https://fxn.ws/30qvIiG)

Images have gone viral of a cow that escaped a slaughter house in Rio De Janeiro and rode a water slide while it was on the run. The owner of the slaughterhouse gave the cow a lifetime reprieve and will keep it as a family pet after it was caught running down a highway. (https://bit.ly/3nbgNSC)

A terminally ill man from Worcestershire, England, claimed that police shoved him to the ground during a "frightening" arrest last week after he mooned a speed camera in his town. 55-year-old Darrell Meekcom was diagnosed with multiple system atrophy last month and said mooning a speed camera was on his "bucket list," according to the Kidderminster Shuttle newspaper in his hometown. (https://fxn.ws/3n4Brnv)

A woman was arrested after hitting a second woman in the head with a frying pan, according to Bellevue police. The victim and her husband were walking downtown when the woman approached them and struck her in the head. Bellevue police said the attack appeared to be unprovoked and random. The woman was located nearby and arrested on assault charges.(https://bit.ly/31APl8l)

A stolen street sweeper led Richmond, Indiana police on a pursuit Sunday morning. The Richmond Police Department says third-shift officers were called to respond around 1:30 a.m. Sunday on a report of a person driving a piece of heavy machinery recklessly. Police said the driver, identified as 54-year-old Sammy H. Allen of Richmond, was reported to be swerving at people like he was trying to hit them and driving through residential yards. It was also reported that Allen struck other vehicles. Officers located the street sweeper, which was later found to be stolen from a construction company doing construction on Sim Hodgin Parkway in Richmond. Police said Allen then led officers on a pursuit of very low speeds of 10 to 15-mph for just over an hour as he drove through the city. They added that the sweeper became disabled by spike strips and Allen attempted to flee on foot. The police department said they will request multiple charges including vehicle theft, resisting law enforcement, leaving the scene of an accident, and reckless driving. (https://bit.ly/3qkMYRA)

Never give up! Failure and rejection are only the first step to succeeding.

Students Sing To Teacher With Stage 4 Cancer Outside Hospital
https://www.sunnyskyz.com/good-news