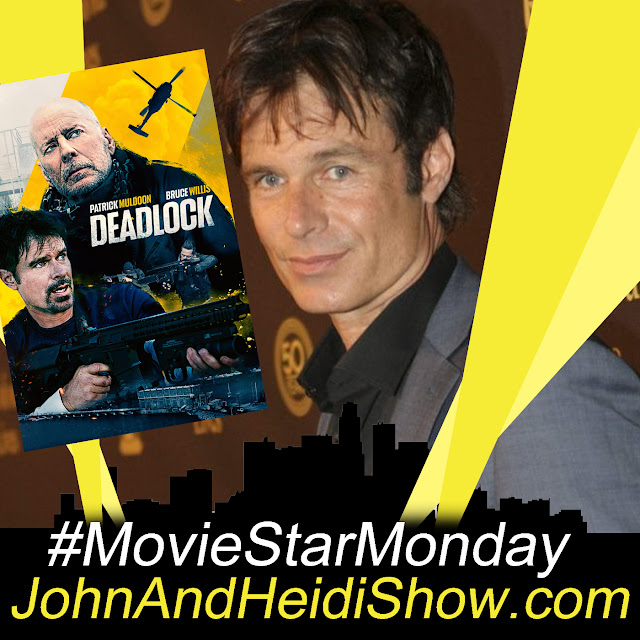 IN THEATERS, ON DIGITAL AND ON DEMAND
Bruce Willis stars as Ron Whitlock, a wanted criminal leading a team of mercenaries on a mission of vengeance. Convinced that the government is working against them, the merciless group brutally seizes an energy plant and holds everyone inside hostage. With a nearby town on the brink of massive flooding and destruction, it’s up to one retired elite army ranger Mack Karr (Patrick Muldoon) to save thousands of innocent lives before it’s too late.

According to a study, optimistic women live longer.

A new study reveals that stress, by itself, appears to be a bigger trigger of excessive drinking among women than it is for men. (https://bit.ly/3GMtrP2)

A drunk pilot crashed his ultralight plane in a street in Indiana — and landed himself in jail. 61-year-old Joseph Krol was busted late Monday afternoon upon showing signs of alcohol impairment after wrecking at the entrance of the Heather Ridge subdivision in St. Joseph County. Miraculously, no one was hurt, including Krol, who narrowly missed a home and appeared to smash into a pole. Photos provided by state police show the destroyed red aircraft in pieces near a large pillar and on the lawn of a nearby residence. Responding officers who found the ultralight aircraft that resembled a small single-engine plane said Krol failed a field sobriety test at the scene of the wild wreck, state police said. After being medically cleared, Krol was taken to a hospital, where he submitted to a certified chemical test and was arrested for operating while intoxicated-endangerment and operating while intoxicated. He was taken into custody at the St. Joseph County Jail. Krol was later released on his own recognizance and is due in court on Feb. 7th. (https://bit.ly/3m6cozk)

The state of California has announced that it is reimposing its indoor mask mandate. (https://nbcnews.to/3skrllx)

A 48-year-old woman has been arrested for stealing her daughter's ID and using it to enroll in college so she could date young guys. She got away with the scam for two years by disguising herself with the clothing, makeup, and personality of a 22-year-old woman. (https://bit.ly/3se6ShQ)

After fifty years in business, the first group of Starbucks employees have finally voted to unionize. (https://bit.ly/3pRs2Qm)

Kim Kardashian recently stated in new court documents that no counseling or reconciliation efforts will be able to repair her marriage to Kanye West. (https://pge.sx/3EQzaTc)

Ghislain Maxwell's mysterious husband Scott Borgerson has not been seen at her trial. (https://bit.ly/3s7qsMG)

The average person in North America will eat 11.9 pounds of cereal each year

In Italy a grandmother had to be rushed to the hospital after being stranded in a self-serve car wash for nearly an hour. The 73-year-old feared for her life when her car got jammed between a pair of rollers and no one could hear her cries for help over the noise. The woman started having chest pains while using her phone to call for help. After an hour help arrived.

A Chinese man has been jailed for stealing $23,500 from his ex-girlfriend’s bank account by pulling up her eyelids while she was sleeping to activate her phone’s facial recognition feature. The 28-year-old man, only identified by his surname Huang, was sentenced to 3 1/2 years in Nanning in southern China over the elaborate theft. Huang was convicted of using his ex-girlfriend’s fingerprints to unlock her phone while she slept in her apartment in December last year. He transferred the equivalent of $23,500 out of his ex-girlfriend’s cash and line-of-credit accounts. The ex-girlfriend went to police as soon as she noticed the missing money. Police later determined it had been transferred by Huang. His ex-girlfriend had told authorities Huang had asked if he could meet her so they could discuss how would pay back $9,400 that he borrowed from her when they were dating. When he arrived, the ex-girlfriend said Huang offered to cook and get her medicine because she was sick. The victim said she fell asleep after taking the medicine. In addition to prison time, Huang was fined about $3,000. (https://bit.ly/3pQNFQK)

On Saturday December 11th, deputies with the Ouachita Parish Sheriff’s Office were dispatched to the OPSO Annex regarding a trespassing complaint. Upon arrival, deputies were advised that 50-year-old Sharon Whatley of Eros had reportedly been told by the Monroe Police Department to leave the parking lot and not return. Whatley had also been told by OPSO deputies to leave the parking lot or she would be arrested. However, Whatley continued to tell authorities that she needed to turn herself in. After deputies found no warrants or reason for Whatley to be arrested, she was advised once again to leave the parking lot, but she refused and was arrested. She was booked into the Ouachita Correctional Center on one count of Criminal Trespass.(https://bit.ly/3IE4SW2)

Take chances, make mistakes. That’s how you grow. Pain nourishes your courage. You have to fail in order to practice being brave. - Mary Tyler Moore